What does a non-booting macbook displaying a lightning bolt mean?

I returned to my MacBook after a few days of not using it, and there was a message that the system had run out of application memory (weird...). So, I followed the recommendation and Force Quit a bunch of applications. In order to just "start fresh", I decided to kill all applications and simply restart the whole machine.

Now that I've killed the applications and restarted the computer, it won't boot. It simply displays a gray circle with a white lightning bolt on it, moving around the screen, screensaver-style. If I unplug the AC power cord, a battery indicator is displayed at the bottom of the screen.

I attempted an SMC reset, but that doesn't help. What's going on, and what should I do? 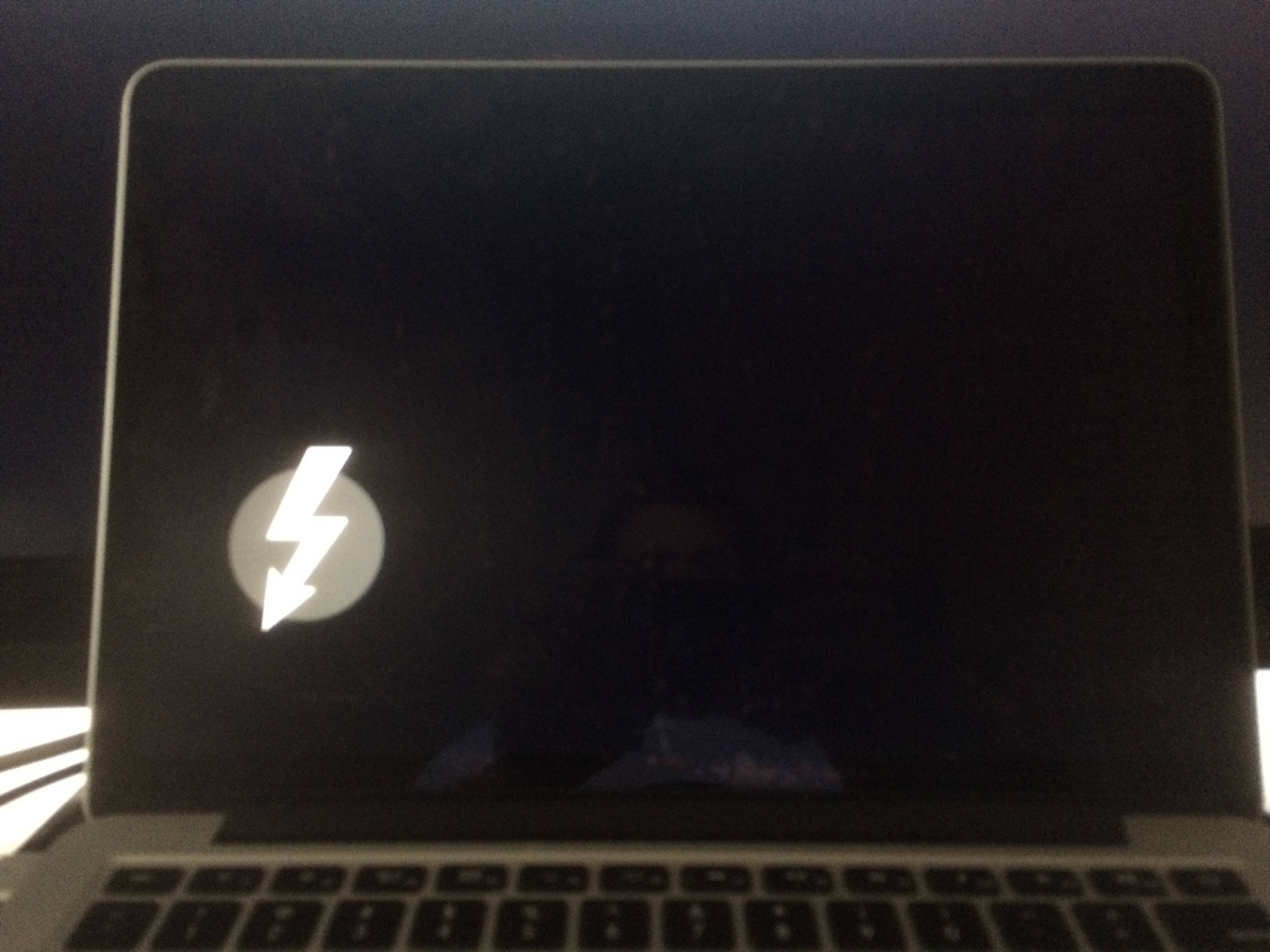 That looks like the Thunderbolt logo. Your Mac probably thinks that is in Target Disk Mode.

NVRAM holds the info on where/how to boot (Target Disk Mode). You need to reset the NVRAM

Watch on the right of your mac, on top it has the same symbol as the logo you are showing. It is probably a cable that needs to be plugged in. If you think this means trouble go to your local apple store.

Not the answer you're looking for? Browse other questions tagged macbook-pro hardware boot .

4
Delays or skipping for single key on keyboard

4
What does no chime on boot mean?
1
Ejecting disk from non-booting Macbook
0
MacBookPro stopped booting what should I try?
1
what does it mean if my macbook loaded in safe mode?
1
2009 Macbook not booting up
1
What does “A1278” mean in specifying a MacBook model?
1
MacBook Pro not booting
2
Macbook Pro Booting Issue