I have two Macs both running Lion:

I often screen share using the Macbook Air as the client, and presenting the screen from my iMac onto it. When this happens the original iMac screen resolution is used and scaled down to fit into the lower resolution on the Macbook Air.

When I am in though, I can change the resolution, and have elected to put the display preferences menu bar item in to allow me to change quickly.

If I screen share using the normal physical display, I get the following choice of screen resolutions: 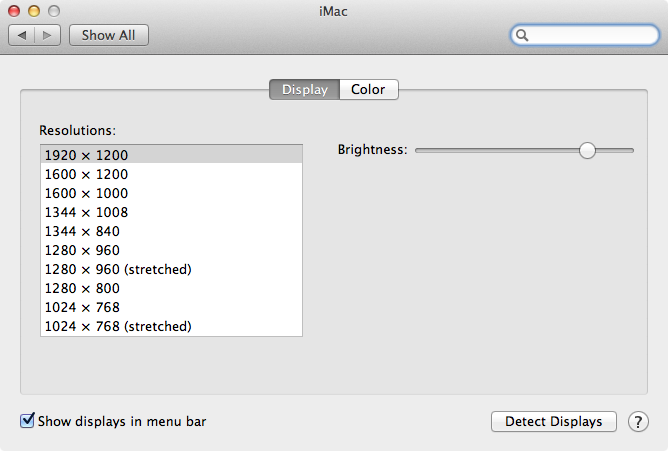 If I select to use the virtual display instead my choice of available screen resolutions changes to the following: 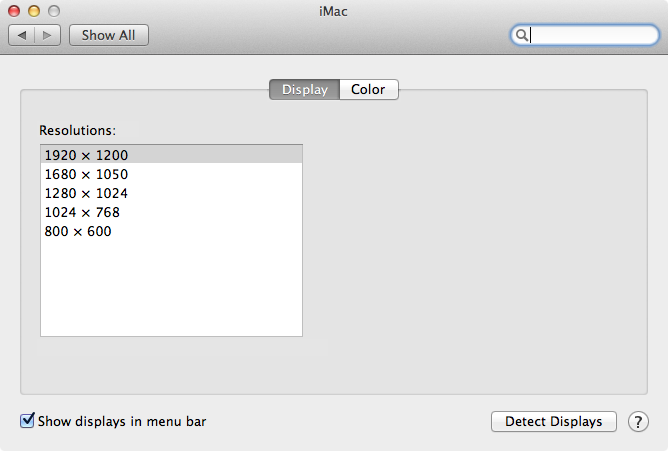 I want to avoid scaling wherever possible, and use one of the 16:9 ratios that my Air supports to get full screen non scaled viewing. I can get native vertical with horizontal borders at 1024x768, or I can get close to full screen after scaling with slim borders by using 1680x1050, but neither of these are ideal.

Is there any way to set my iMac to use these resolutions when I am connected via Screen Sharing? I know the root cause is a fundamental mismatch in aspect ratios, but surely the iMac can support a 16:9 external display, so why not for a virtual display?

After half a year and 2 bounties, no-one genuine solution, so the answer appears to be a simple "You can't do that".

According to MacTracker, your iMac9,1 supports two aspect ratios, both of which differ from the (approximate) 16:9 that is native to your MacBook Air: 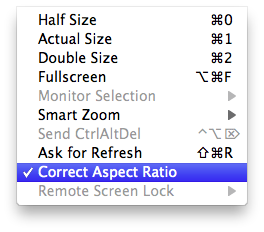 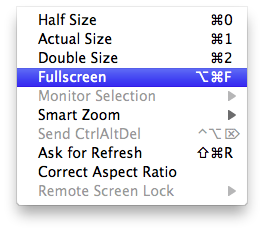 Without Correct Aspect Ratio and with Fullscreen, the display of a remote computer with a different ratio will be stretched to fill the display of the local computer. 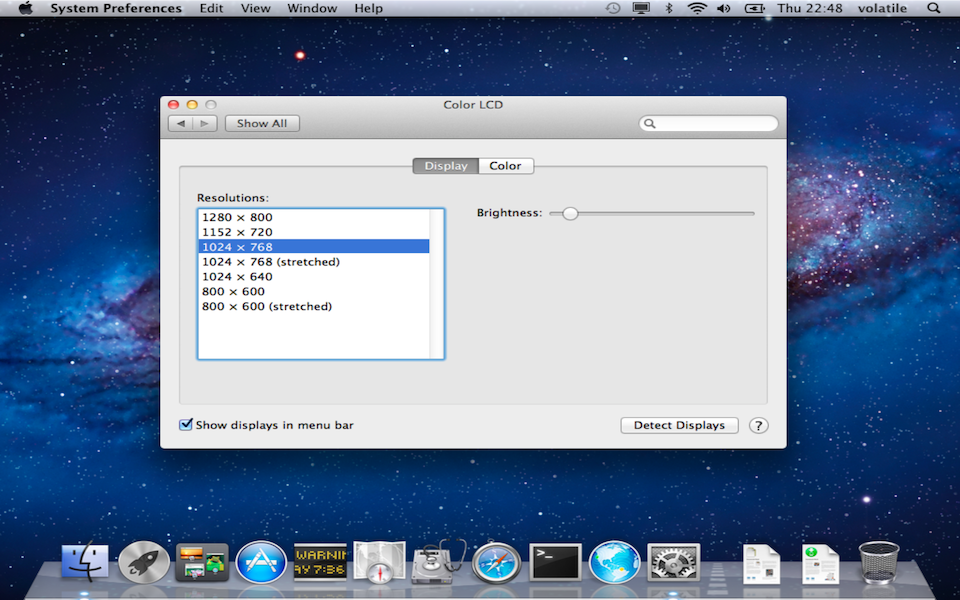 This is not a shopping recommendation. There may be alternatives to JollysFastVNC that support full screen and stretching.

Full screen Screen Sharing in Lion (suggested by bmike) is very tidy, if you can accept the linen margin.

Have you tried SwitchResX (http://www.macupdate.com/app/mac/8355/switchresx)? It looks interesting, though I haven’t gotten it to do what I need yet. (After Virtual Display stopped working, I attached a second secondary screen to my main machine, and am trying to set its resolution to match that of the remote screen.)

Not the answer you're looking for? Browse other questions tagged macos sharing screen resolution .

11
Has the Virtual Display screen sharing been removed in Mountain Lion?

0
Dell in2020m widescreen monitor and a MacBook Pro
1
Does half-resolution on Retina displays really look the same as native?
2
How can I test a display resolution that's not listed?
4
How to get native resolution on Macbook Air external monitor?
3
Fonts appear fuzzy when connecting my Mac to an external monitor