Does anyone know how to improve xcodes memory performance. With iOS9 the mem usage jumps to ~4gb i have a macbook pro i5 2.3 8gb But this damn thing is eating everything! At times it takes 2-3 min to switch between swift files or move to another location in the same file.

If i switch to another program (Chrome, slack or skype) those run perfectly fine.
After some monitoring with Instruments i saw the following (Simulator running)

Exact issue description
At random intervals(cannot find exact replication steps) xcode will apear to "hang" i am unable to switch between files or scroll on any pane (code, file structure or overview).
Also if I switch to another application while this is happening and switch back xcode will not come into view.
This can occur when xcode or the simulator is not in view.
There doesn't seem to be anything downloading in xcode or on the system.

I can't comment but I am running into the same issue with xcode and have a direction for you to try. Create a new profile on your mac and run xcode from there and check the memory usage for xcode, that should hopefully be down around normal levels. What that means i'm not sure yet, but it could help.

My problem was caused by too many provisioning profiles, this wasn't an issue I can recall from pre Xcode7, but maybe someone else can enlighten me. Any time any project was opened something happened that cause my xcode usage to spike up to 5.2GB uncompressed, but deleting about 1.5GB of provisioning profiles brought that usage back down to normal levels as described in this thread.

To find the files to delete go to:

Since you are developing - fire up Instruments and use it to profile Xcode.

You'll need to determine if storage/io is the cause of the slowdown or if it's CPU or if it's network.

Basically, since Xcode is so large a tool, it's hard to know what subsystem you are even using without some data. 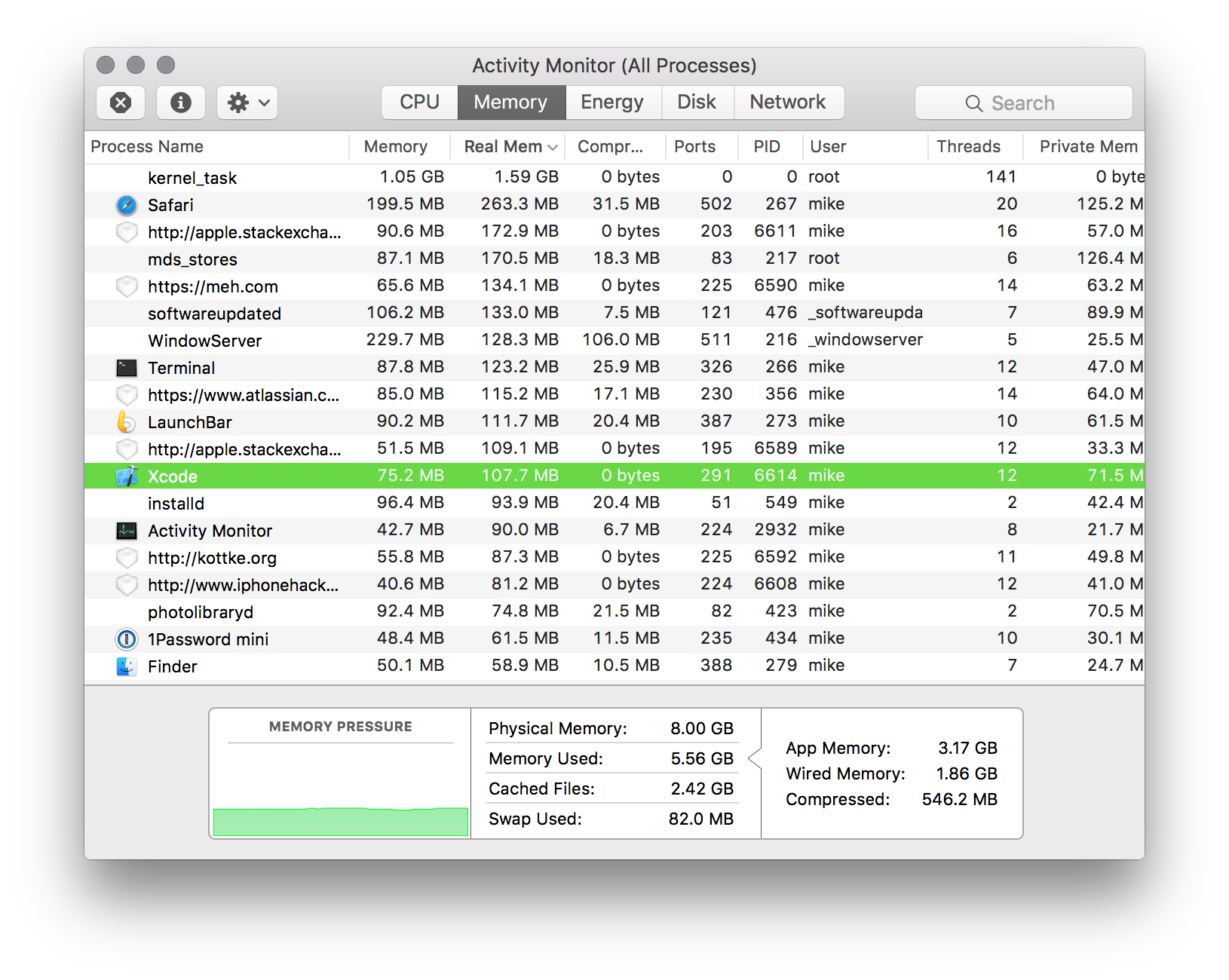 The Mac in question is up 3 days and has has a lot of mongodb and VirtualBox linux VM running which make the kernel larger than it would be at boot, but even that isn't causing any sort of memory pressure.

Was having the same problem - investigated and googled whole day yesterday and found out a solution. The problem seems to root from the TOOLTIPS that XCode tries to show for truncated filenames in the left pane of XCode.

So just widen the left pane and this problem no longer occurs for me. Please read my blog if you want details: http://xcodenoobies.blogspot.my/2016/05/how-to-fix-xcode-7-lag_17.html

Not the answer you're looking for? Browse other questions tagged ios xcode ide .