Copy text from quick look in El Capitan or Sierra?

I used to be able to just quicklook files and copy the text directly from there, removing the need to launch applications to open it which is just awesome, however, it doesn't seem to work since El Capitan. I have tried running the terminal command (defaults write com.apple.finder QLEnableTextSelection -bool TRUE) that enables it but it didn't work.

What options exist to customize quick look or replace the default plug in with one that allows text selection? 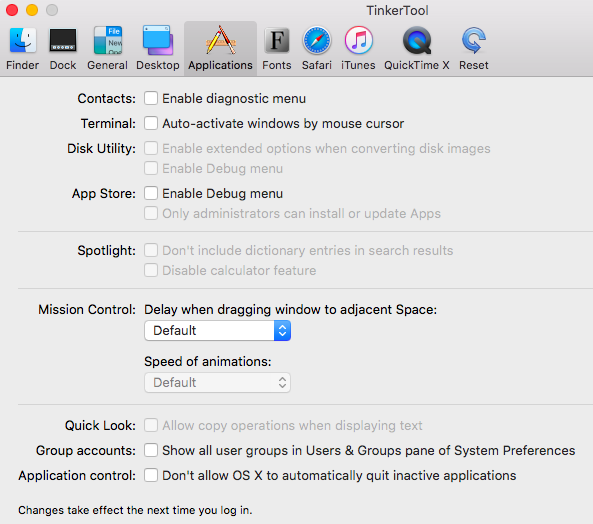 Actually there is no solution to get back the text edit feature on Quick Look.

Following this Apple Thread is the last way to keep hope

It is worth noting that you can copy from spotlight for certain files, as discovered here. Not a great workaround but still allows copying without opening a file. The supported file types are the following:

Just to tie together the comments & partial answers…

Regarding the following on QLEnableTextSelection… that one alternative will fix it whilst the other doesn't appears to be some kind of hopeful, yet unfounded, meme going round the interweb - people posting it on as received wisdom, without actually testing it.

Here is the method anyway… though it doesn't work for El Capitan...

Test whether the pref already exists, & if it does what its current value is, using
defaults read com.apple.finder QLEnableTextSelection

Test again to check the value was at least written, should return 1 if present & enabled.

Restart the Finder if your result did change from 0 to 1.

Empirically, YES & TRUE give the same result, as do NO & FALSE

Not the answer you're looking for? Browse other questions tagged macos quicklook .