Why does connecting a Macbook Pro to a 2160p external monitor via Mini-DP result in a mess of green/purple colors?

When I connect my Macbook Pro to a 3840x2160 external monitor, the external monitor keeps going black and readjusting every 1-2 seconds. Some times it stops briefly, but the screen is just filled with green and pursple-ish colors, with the text "Use 3840x2160@60Hz for best result". I managed to take some pictures at the short breaks between constant readjusting and the text "No input source". 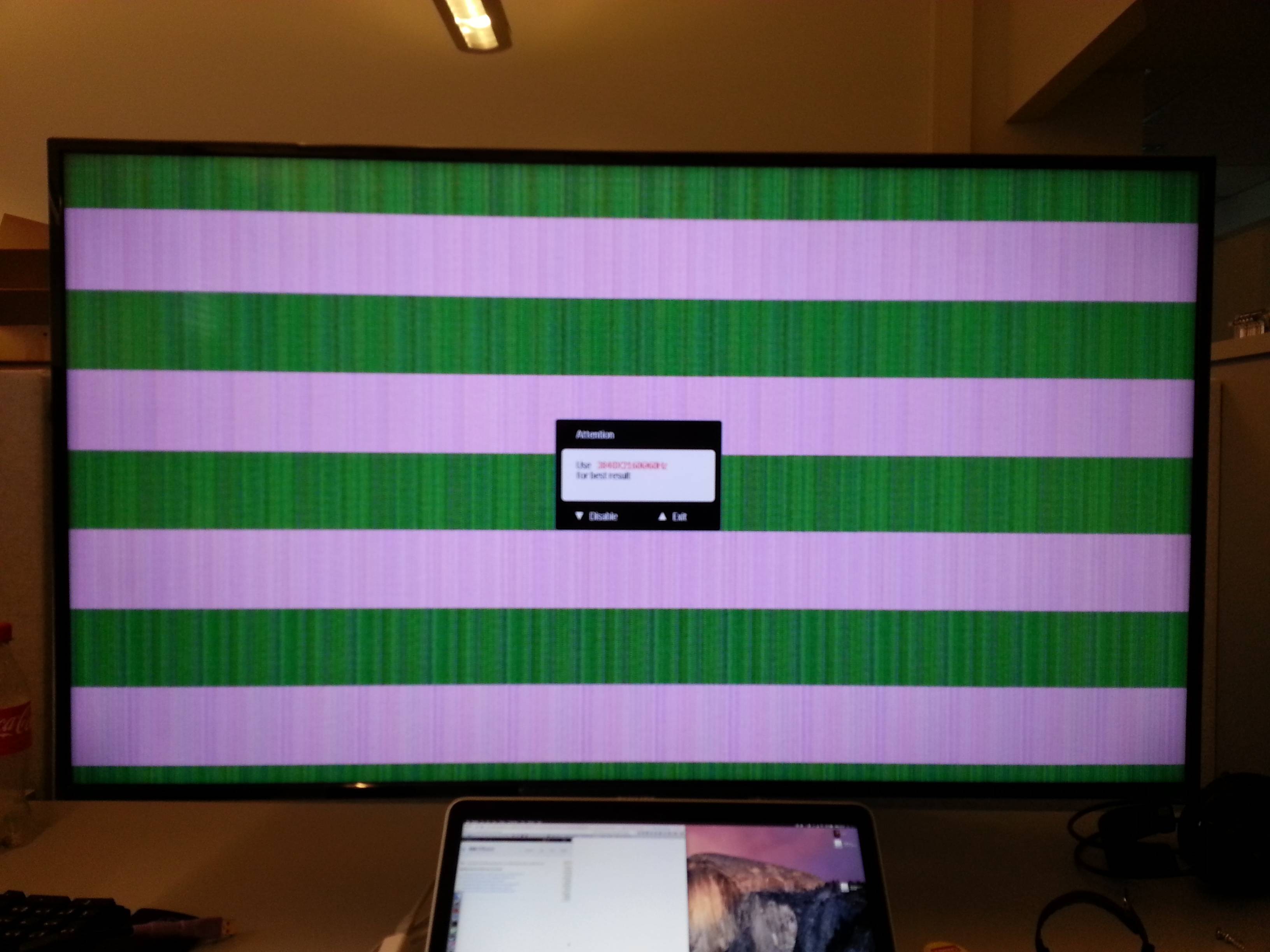 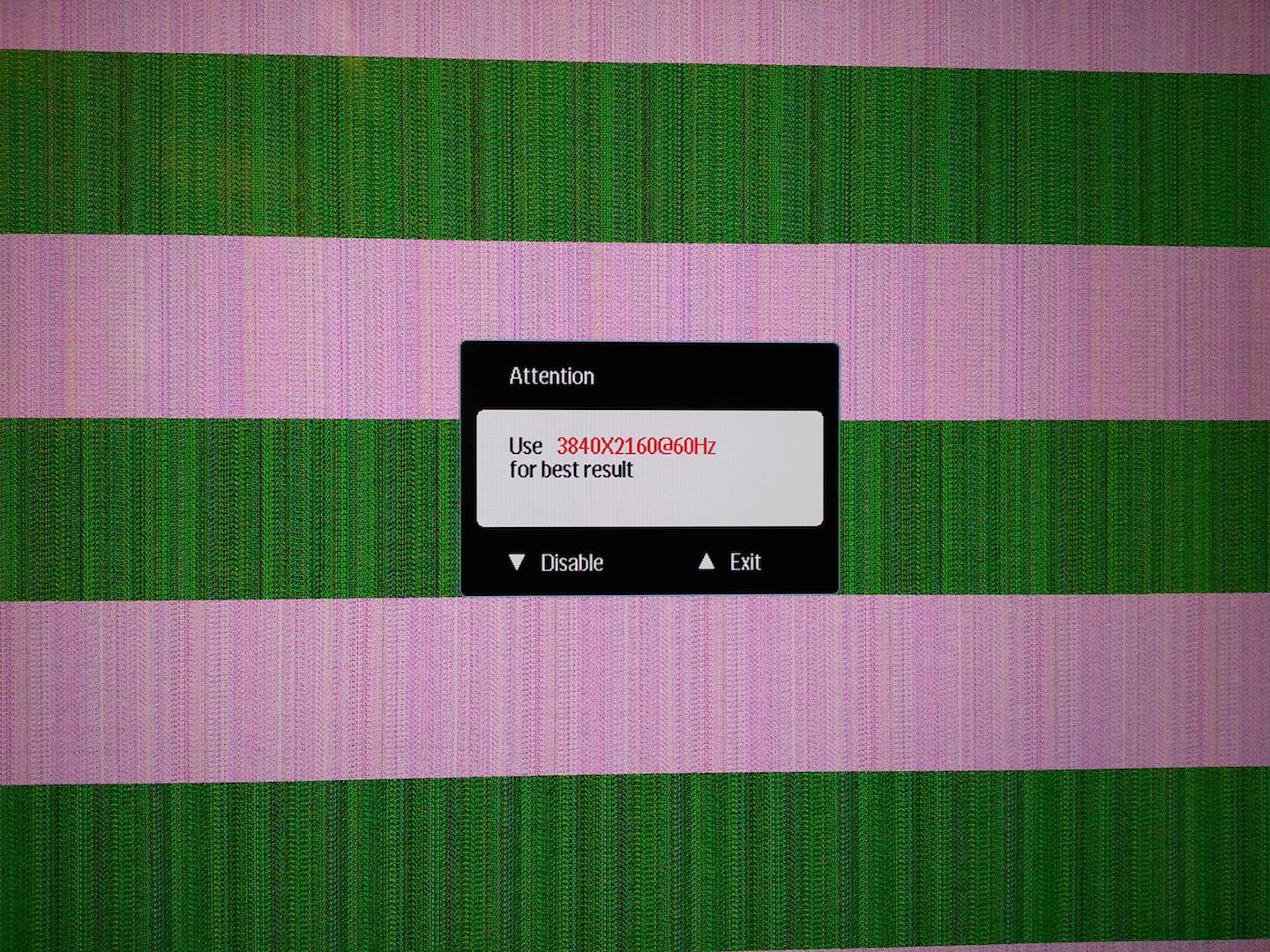 I checked which resolution the Macbook was trying to use for the external display, and it seems to be correct:

I have used the 4K screen a lot with a different PC and I know it works. I have admittedly not used the Macbook with an external display before, because I don't have the ability.

I have rebooted the Macbook, restarted the screen, reconnected the Mini-DP cable many times and tried using both Thunderbolt ports.

Has anybody seen something like this before, and could venture a guess as to what's wrong?

I'm using a brand new Macbook Pro retina 13" from 2015. The following is copied from its spec-sheet:

First thing I'd try would be a different cable.

Apple has this to say about non-compliant Display Port cabling, though not specifically in response to your particular issue, but Google brought me there whilst on that search...

I got ahold of a Linux laptop to test the cable more thoroughly. It works properly for all resolutions up to 3840x2160@30, but it just goes crazy when I attempt 60hz. From my understanding all DP cables, even mini-DP, should support 2160p60, so why this cable doesn't work I have no idea.

Switching to a different DP cable I have (it's full size, so it doesn't work with my Macbook) the display works perfectly at 2160p60 on the Linux laptop.

Not the answer you're looking for? Browse other questions tagged macbook-pro macos display thunderbolt displayport .