How to get Internet Sharing (Ethernet to WiFi) with Server on OS X 10.10.5

I have a Mac mini (Mid 2011) (Macmini5,2) with OS X 10.10.5 and Server.app installed. I would like to share internet from this machine's Ethernet port to my WiFi, so that other devices in my room can connect wirelessly to the wired connection coming into its Ethernet. I have configured Internet Sharing on this machine to use WPA2 Personal.

When I was messing around with Server.app, I also configured one Network (192.168.1.0/24) for the DHCP service in Server.app (for the WiFi device), but the service is disabled.

When I connect a device to the Internet Sharing WiFi network, it takes a while, but eventually the device is assigned an IP along with other DHCP info. But the device cannot reach any IP addresses (pinging local IPs on the network fails and navigating to a website via domain name or IP fails.)

How can I get Internet Sharing to work?

Check the IP address assigned to the device via DHCP. Does it match the IP range for the DHCP Network configured in Server.app's (disabled) DHCP service? I.e., is the IP address in the 192.168.1.0/24 range?) Also, try ifconfig -a on the Mac mini and look for a bridge that contains your WiFi device as a member. In the example below (MAC address obscured), I see that my WiFi device (en1) is in bridge100. Does the inet range for the bridge differ from the IP range assigned to your device? 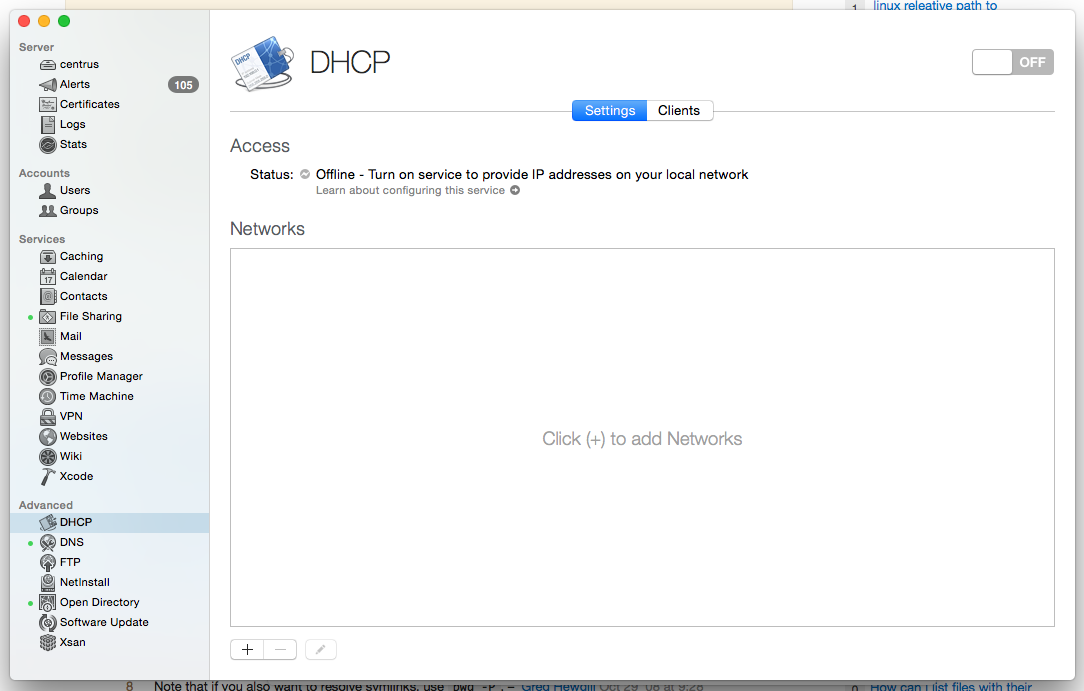 Not the answer you're looking for? Browse other questions tagged internet-sharing .