I decided to try out the El Capitan Public Beta for fun by putting it on my external drive and booting off of it. However, one of the first things I've noticed is that the drag gesture in System Preferences->Trackpad is not to be found. Is this normal? I don't know what Beta version I'm running (a web search of the build number turns nothing up about the Beta version), I do know it was the current version about a month ago, anyway the build number is 15A215h. Having to press and drag the old fashioned way seems awful, especially after using the three finger drag.

Is the drag gesture present in newer Beta versions? If not, is there somehow that I can enable again (maybe with a Terminal command)?

The drag gesture has migrated. It is now present in the Accessibility Preferences, Mouse & Trackpad, under Trackpad Options... 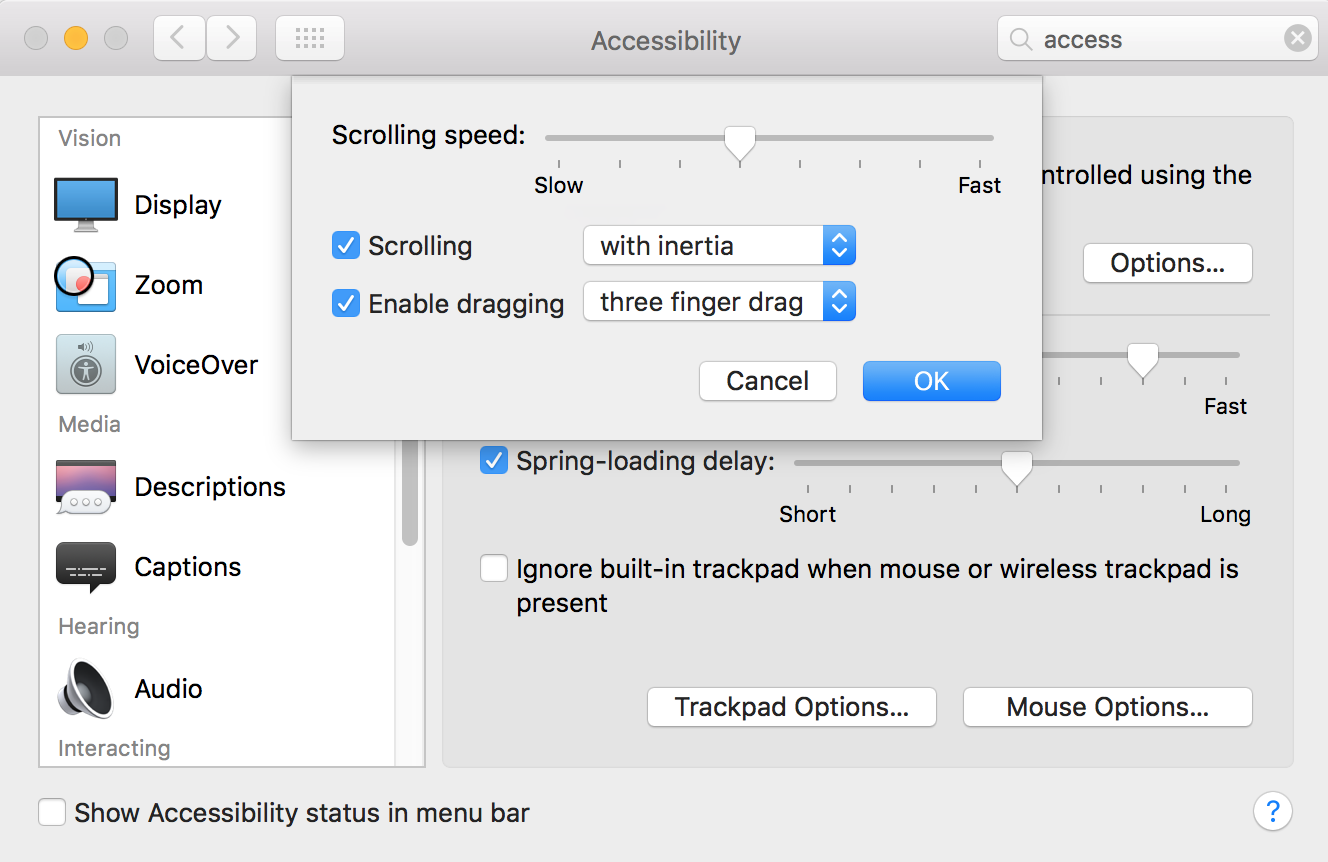 Not the answer you're looking for? Browse other questions tagged macos el-capitan gesture .

4
Is it possible to reassign the “Pinch with thumb and three fingers” gesture to activate Dashboard instead of Launchpad?
1
troubleshooting Finder (and disk access?) speeds — Dropbox extension problems?
20
Which macs are compatible with OS X 10.11 El Capitan?
1
How Do I know which Version of Beta OS X I'm Running?
1
OpenVPN missing parameter on OSX 10.11 El Capitan
4
Update from OS X 10.11 beta release to retail version
0
Issue with iSight on MacBook updated to 10.11 El Capitan
0
Can't install El Capitan over beta version
0
Three finger drag not working on trackpad
2
macOS: Name for app shortcut screen found by pinching with thumb and three fingers