Why is my iPhone unable to connect to an ad hoc wifi network?

I'm trying to connect my iPhone 3G(iOS 4.0.2) to an ad hoc wifi network that I've created on my netbook(running Fedora 13). When I attempt to connect, everything seems to go fine on both ends, however after the connection is established the 3G icon is never replaced by the wifi icon, even though there is a check next to the connection in the wifi selection screen. 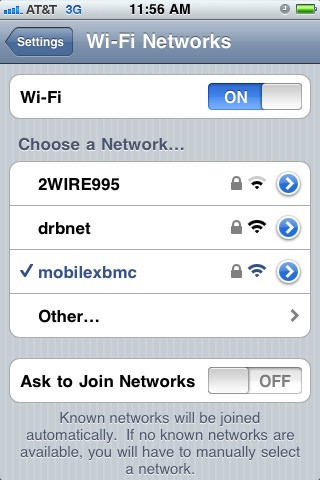 I have also attempted to create an ad hoc wifi network on my PowerBook, and have exactly the same issues. I have also tried putting the phone in Airplane mode, and then connecting to the network but the wifi bars never appear. I've tested this with a friends iPhone 4 and the same thing happens.

I'm not attempting to share an internet connection over the ad hoc wifi network, my goal is to be able to control my netbook from my iPhone when I'm on the go and away from other wireless networks.

My guess is that the iPhone doesn't consider the connection valid because there's no DHCP service assigning it an IP or perhaps gateway allowing it access to the internet.

Try running a DHCP server on your laptop or enabling network sharing even if the laptop isn't on the net.

I had setup this kind of network and it works properly. However, i did on Windows 7 and iPhone 4. Not sure 100% that it works on your case but giving it a try. Pls follow:

Hope it can help.

Not the answer you're looking for? Browse other questions tagged iphone wifi ad-hoc .

5
Why can't I acces my Mac's webserver from my iPhone using the Mac's ad-hoc WiFi?

2
Why can't my jailbroken iPhone connect to a wifi network?
6
Connecting a MacBook Pro to a Windows ad hoc network
1
Debugging Wifi issues on my iPhone
7
Mac can't connect to wifi network after password change
5
Why can't I acces my Mac's webserver from my iPhone using the Mac's ad-hoc WiFi?
3
Connect to network says "Connection failed" but it actually isn't
0
iPhone won't connect to wifi but iPad do
3
Remember WiFi but don't autoconnect on iPhone?
1
Unable to connect to a website on some WiFi networks?