Creating new, renaming, and/or deleting folders with Finder made it lag and had to load ~1 min before it did the process. This is very disturbing and distracting, even opening a Word document takes ages. 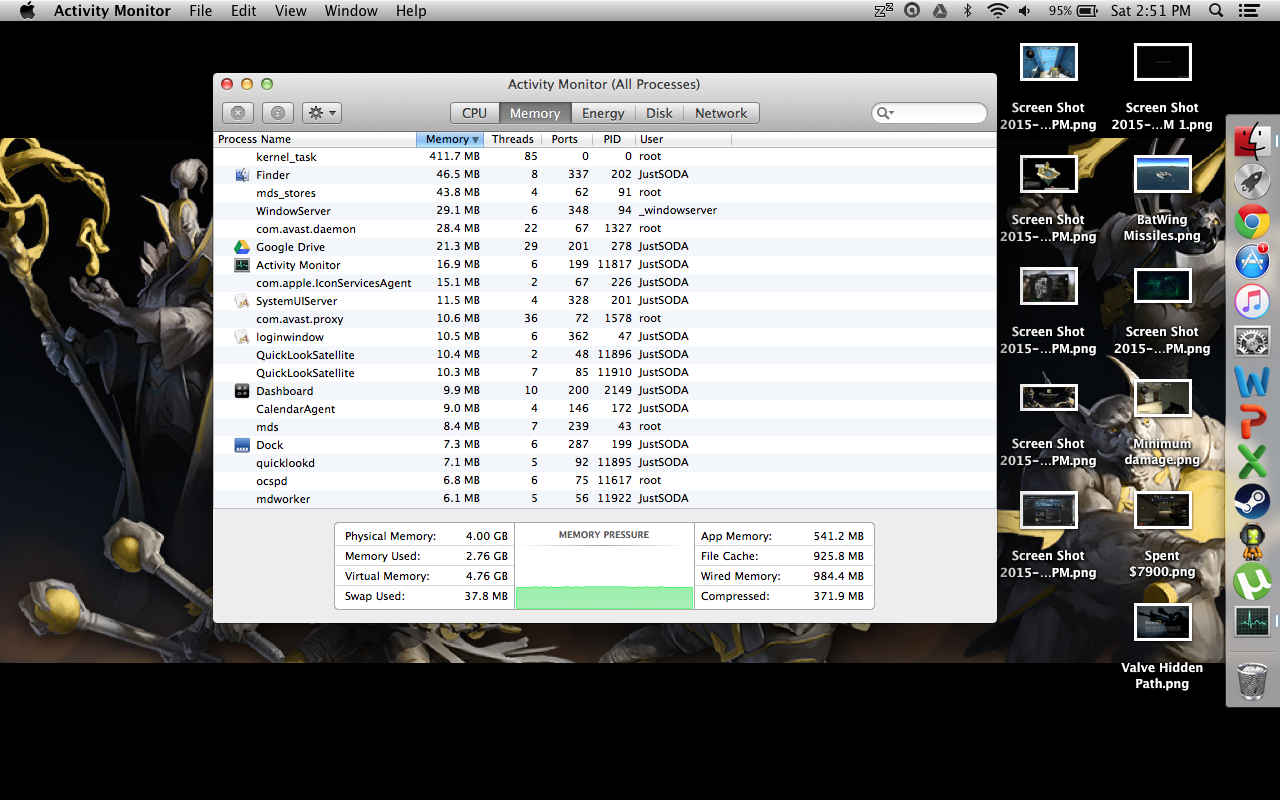 I just had my Hard Disk cleaned and Re-Installed Mavericks recently, but there were no issues with previous experience of Mavericks. CPU is 70% idle.

I had exactly this same problem upon upgrading to Mavericks. Unfortunately, you're going to find that 4GB is on the knife's edge of barely being able to run the system at all - note how you already have compressed memory despite not running anything.

Apple needs to be smacked around for this, but unfortunately, it is what it is.

The first thing you need to do is put more memory in - I would go for 16 unless you absolutely can't afford it.

An SSD would help as well - I find that the IO performance on spinning drives has been getting worse and worse with every OS release.

If you can only pick one of these, get the SSD first. You'll benefit a lot more from the IO boost than the memory boost, at least in the short term.

I too experience this issue, adding more RAM will fix this problem. SSD is not necessary.

Not the answer you're looking for? Browse other questions tagged macos mac memory performance .