How to unrate multiple album ratings at the same time?

I'm using iTunes 12.2.1.16 and today I realized that there is something called 'album rating'. This messes up my ordering according to the track rating. Suddenly there are songs appearing with hollow stars that I never rated.

I found out that this is the automatic album rating from iTunes. So far so bad. I also managed to disable it for one album.

But how can I unrate my entire library? In the album view I can select multiple albums, but not set the album rating...

It's about deleting the album rating, not the track rating.

I was looking to do the same thing the OP requested here. This was my solution:

Open the Music app (formerly iTunes in macOS 10.14 and earlier) and do one of the following:

Next, open up Script Editor.app and paste in the following script:

You may need to run it more than once as it may fail as the selection changes while songs are being removed from the smart playlist. After a successful execution, all manual album ratings will be removed. Some albums may still have grayed out ratings: these are from the song ratings themselves and aren't actually album ratings.

I was also having trouble with getting rid of the normal Rating hollow stars, as opposed to the Album Rating stars (which I didn't even know they existed). What finally worked for me was to show the Album Rating as an option on the column, then manually delete them off the ones that were showing on the Rating column as hollow stars, and it worked!, I just picked any rated song from that given album and it took away all of them in that album. Hopefully this makes some sense.

I think if you dismiss the field you will be happy. Also rate the a song's album rating to just before the first star (NO stars).

By right clicking on the column header line you can add or delete field columns. 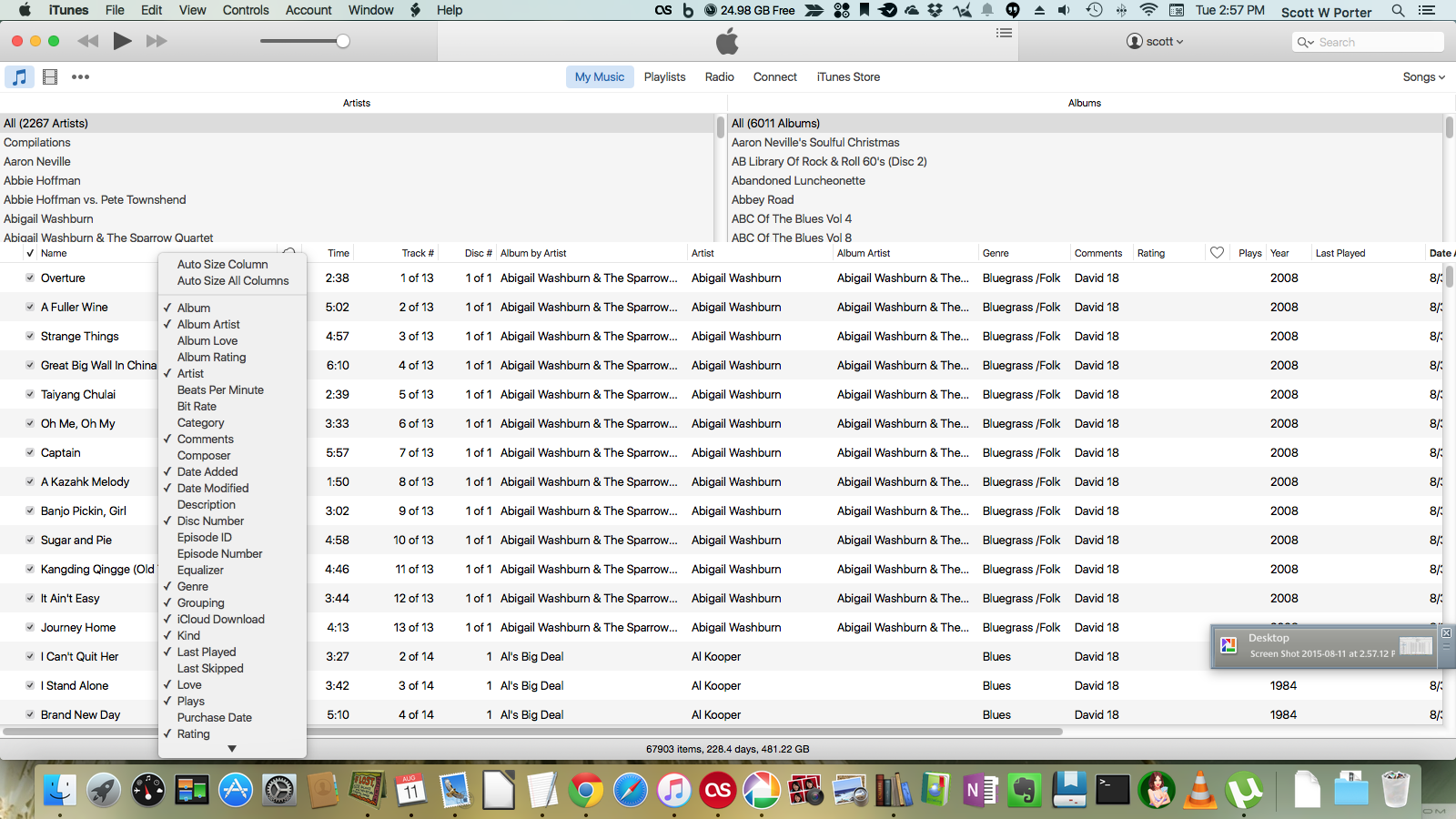 DougScripts has an AppleScript that will do this for you for selected songs, playlists, or your entire library.

Albums are rated on an average of the Track ratings making them up.

As far as I can see, you cannot eliminate one without the other, though you could just hide the column & see if it works for you.

To clear all ratings... both Song & Album
You cannot undo this, so don't try it just to see...

Go to My Music.
Sort on the right by Songs.
Right click the header if 'Rating' is not one of the headers & add it.
Cmd ⌘ A to select all
Right-click one song & select rating/None

All ratings are cleared.

Not the answer you're looking for? Browse other questions tagged itunes automation album ratings .

5
How do I stop iTunes from automatically assigning a hollow star rating to podcasts?
2
Two iTunes installs pointing at the same NAS share
11
Unwanted hollow star / album ratings foul up a Smart Playlist of zero-star songs
19
How to remove the automatic ratings from songs in iTunes?
3
How can I get iTunes 11.1 to list songs by album and show cover art
4
Can't add music to iPhone anymore
8
How do I prevent false iTunes ratings?
2
Are album ratings gone in iTunes?
1
Does the Catalina Music app preserve star ratings from iTunes?