This is my Force touch trackpad. It's come from the fifth in the first picture. I know you may not understand the language but I am sure there is no three finger tap to look up. 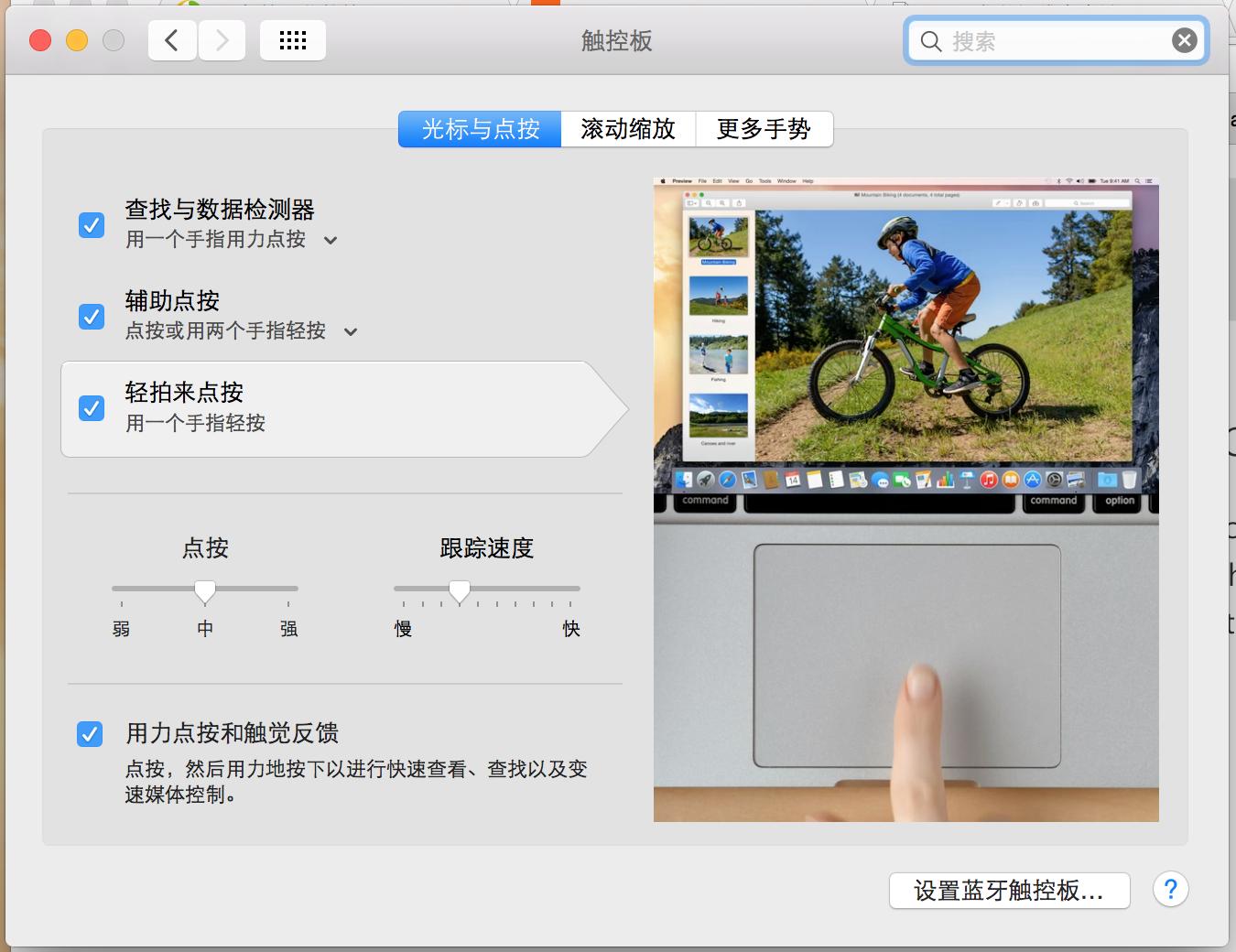 I find the three finger to drag in General(the 8th in the third picture)--Mouse/Force Touch trackpad(the fourth picture), but there is no three finger tap to look up, neither.

I tried the Better Touch Tool, and it work sometime, but most of the time did not.

I can push the Force Touch trackpad harder to look up the words in Safari, but not three finger tap. And in Chrome, even the push harder not work.

Now I use Command+Control+D to look up words in Chrome, it works, but I really think it is not as easy as three finger tap(I used it in macbook air).

So can anyone tell me how to make it work? or do I need more info for you to understand my question?

Finally, I find this by myself, and it turn out to be so easy.

According to this, I find that it's right in the first picture I post in the question and it's in the top of all and default to force touch but can change to three finger tap.

Not the answer you're looking for? Browse other questions tagged macbook-pro macos multi-touch gesture .

9
Triple finger tap for middle click?
5
Trackpad Gestures - Three-finger swipe unresponsive until I use two-finger scroll (OS X Lion)
3
No one- and two-finger tap in Better Touch Tool?
6
Apple Force Touch - How do I make it feel like the old tap-to-click?
4
Stop opening Dictionary.app when three-finger-tapping non-text in Google Chrome
1
How to enable multiple words on Quicklook search?
2
Why is Chrome on MacOS inconsistently not recognizing 3 finger swipes?