I have noticed in that past 24 hours that two rigid and straight "lines" have developed as bulges on my Mid 2010 MacBook Pro 15 inch.

They are noticeable when looking at it in the light and you can easily feel that they are raised above the case.

The bottom of the Mac is not warped. The hard drive also appears to be in good condition.

Initially, I thought this was due to a battery failure and removed the battery. Despite this, the battery was fine (not warped or bulging). I noticed that the two bulges in the case appear over where the hard drive is in a MacBook Pro.

There is also a "semi circular" bulge near these two lines.

What could be causing these if it is not the battery? Also, is there any chance that these bulges could expand?

Edit: After further inspection it appears to have occurred exactly over the bridge that holds the hard drive in place. (the long black piece with the two screws in it).

I have added a picture. Sorry, they are really hard to see. 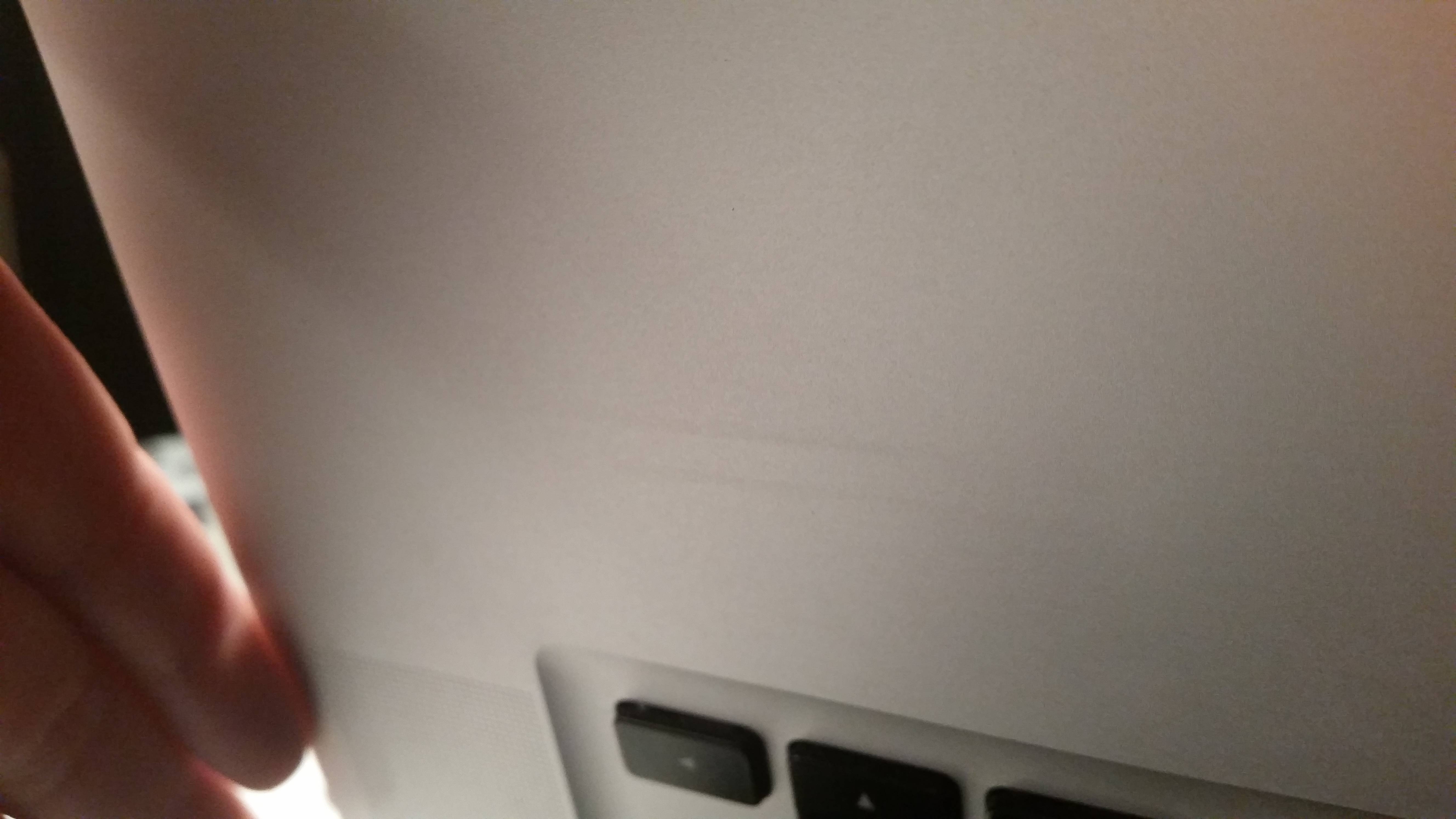 Note: The two lines look like shadows and are somewhat difficult to see in (any) photo. 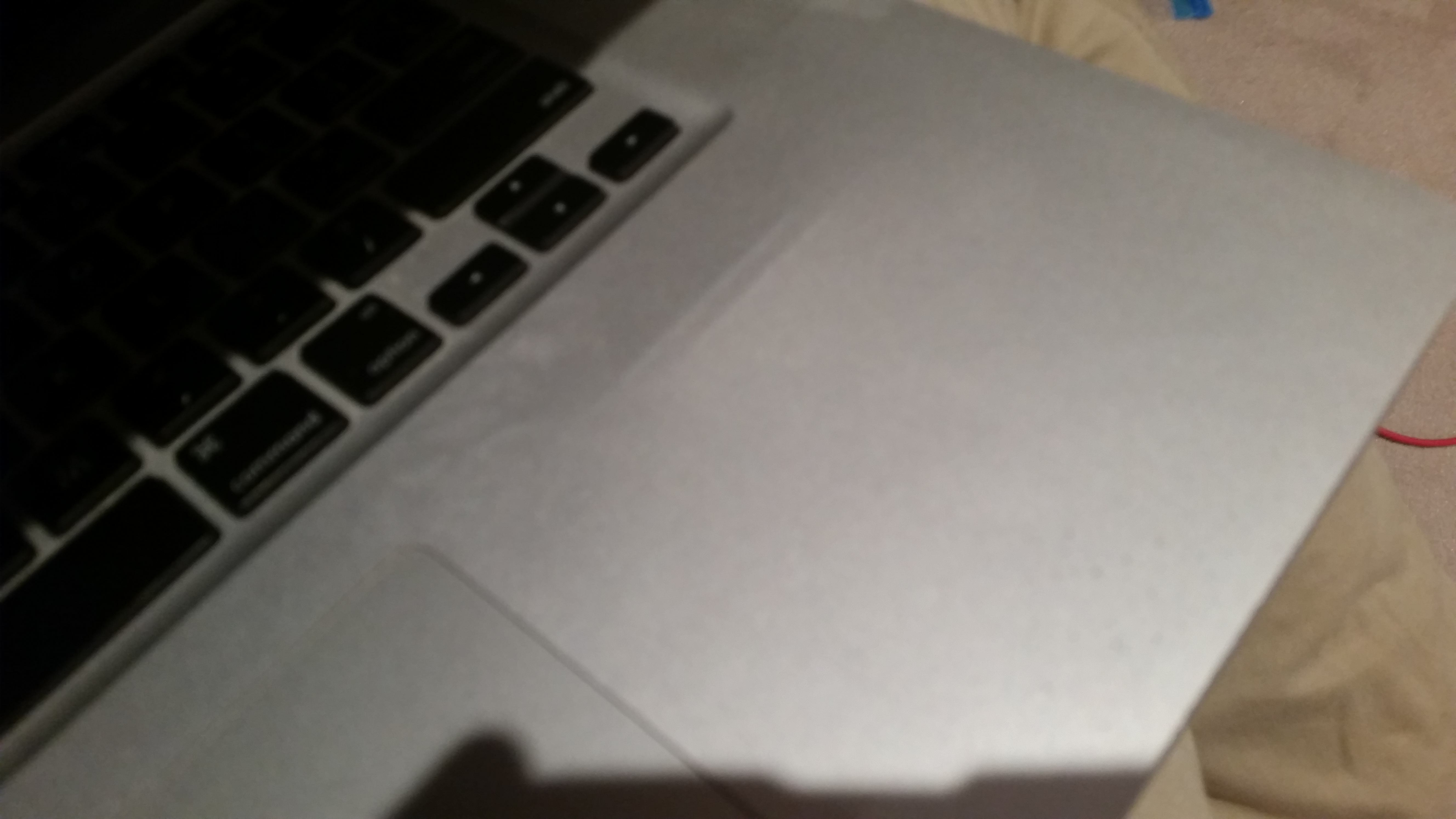 The second image (below) shows what is under the bulge. Maybe something looks out of place? 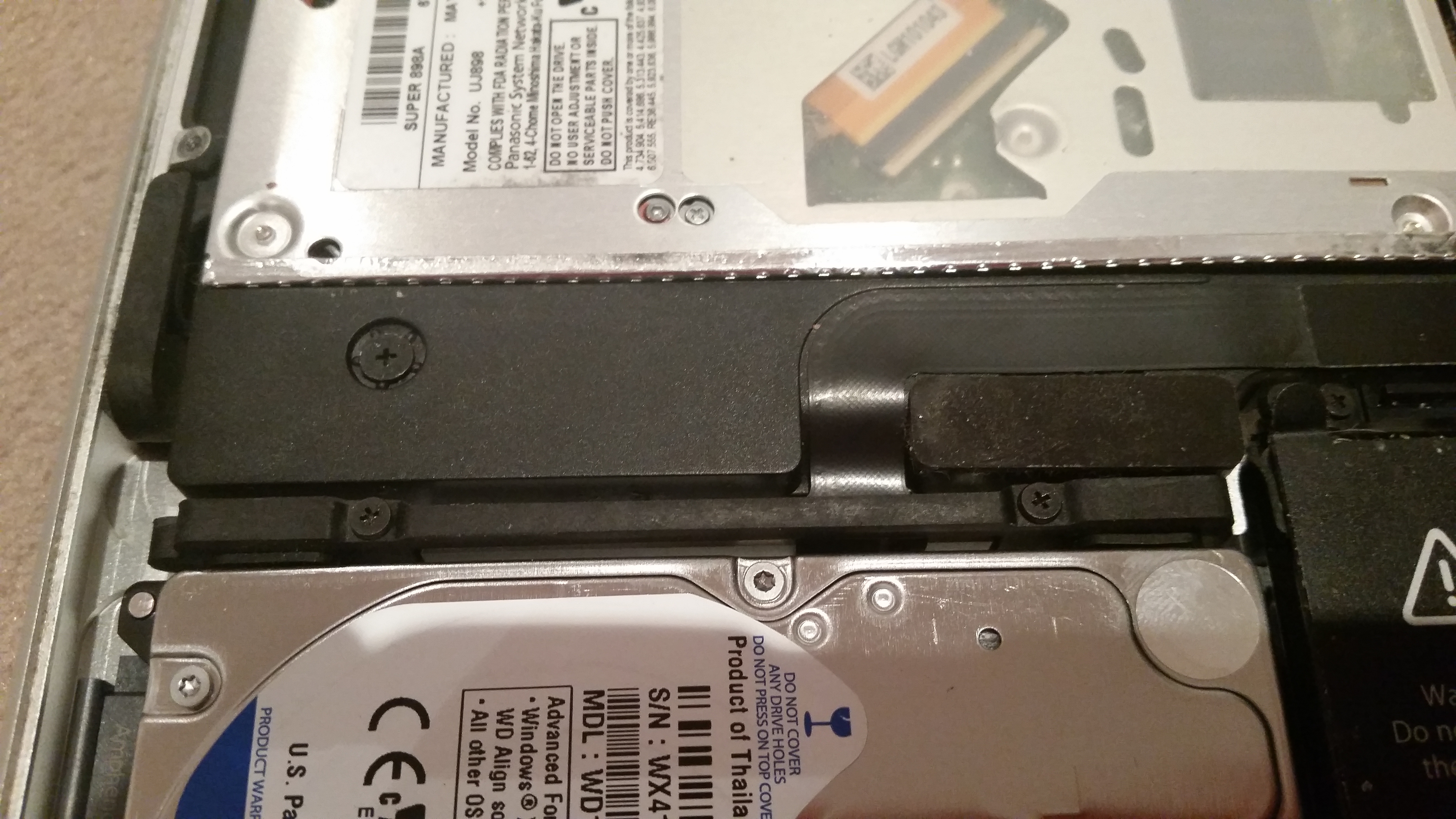 This is the result of excess force squeezing the wrist pad against the internal components.

In your other question asking about heat stress is a no go. Aluminum doesn't weaken or deform that way in temperature ranges where plastic won't melt and batteries don't catch fire. The bulge in the other question is really compression bending the case inward and components sticking up. Think aluminum foil placed over one large ridged potato chip - press lightly with a finger and you will see the ridges below the foil.

Why not upload a picture if you have an example, or is this a hypothetical case?

I doubt that the Mac would get so hot internally that the metal would warp before the Mac shut itself down. There are thermal sensors throughout the unit designed to keep it from thermal overload.

Did this actually happen to you? How is it warped?

Not the answer you're looking for? Browse other questions tagged macbook-pro hard-drive battery damage unibody .

0
Is it possible for heat to warp a Unibody MacBook Pro?