Can I connect my Time Capsule wirelessly to my mobile router?

I've just received a router with my new internet access. This router is wireless only and therefore has no ports except for power.

How can I connect my Time Capsule to this router now that I can no longer connect it directly through a network cable?

Using the AirPort Utility, I've tried to choose the Wireless Network Mode: Extend a wireless network. Even though I provided the correct settings for the existing wireless network my Time Capsule doesn't extend it and there's no wireless connection to my wireless router. It just keeps blinking orange...

I'm afraid you can't.
Extending networks only works between Apple products and the Time Capsule does not have a "client mode", as the Airport Express. You could buy a router that can connect wirelessly to your ISP Modem - Router, and connect the TC by an ethernet cable to it, in order to keep using it as a Time Machine destination. You would have to put the TC in bridge mode. An Airport Express will be able to fulfill this role.

I've got a Time Capsule (AirPort Time Capsule 802.11ac, Model Number: A1470) and had the same problem. Additionally, I also wanted to continue to have automatic Time Machine backups using wireless networking.

I live in an apartment which includes and provides Internet access only through a wireless access point which isn't under my control. (So, there's no WAN Ethernet cable to connect my Time Capsule to).

I don't have any other Apple wireless devices like an Airport Express. (So the Time Capsule's and Apple's proprietary "Extend a wireless network" feature cannot be used).

I want a simple, inexpensive solution. (So buying an extra wireless router or a Raspberry PI isn't something I want to do).

I found this wireless bridge which I successfully hooked up to my Time Capsule: Vonets VAP11N-300 Wireless Mini WiFi Bridge/Repeater. 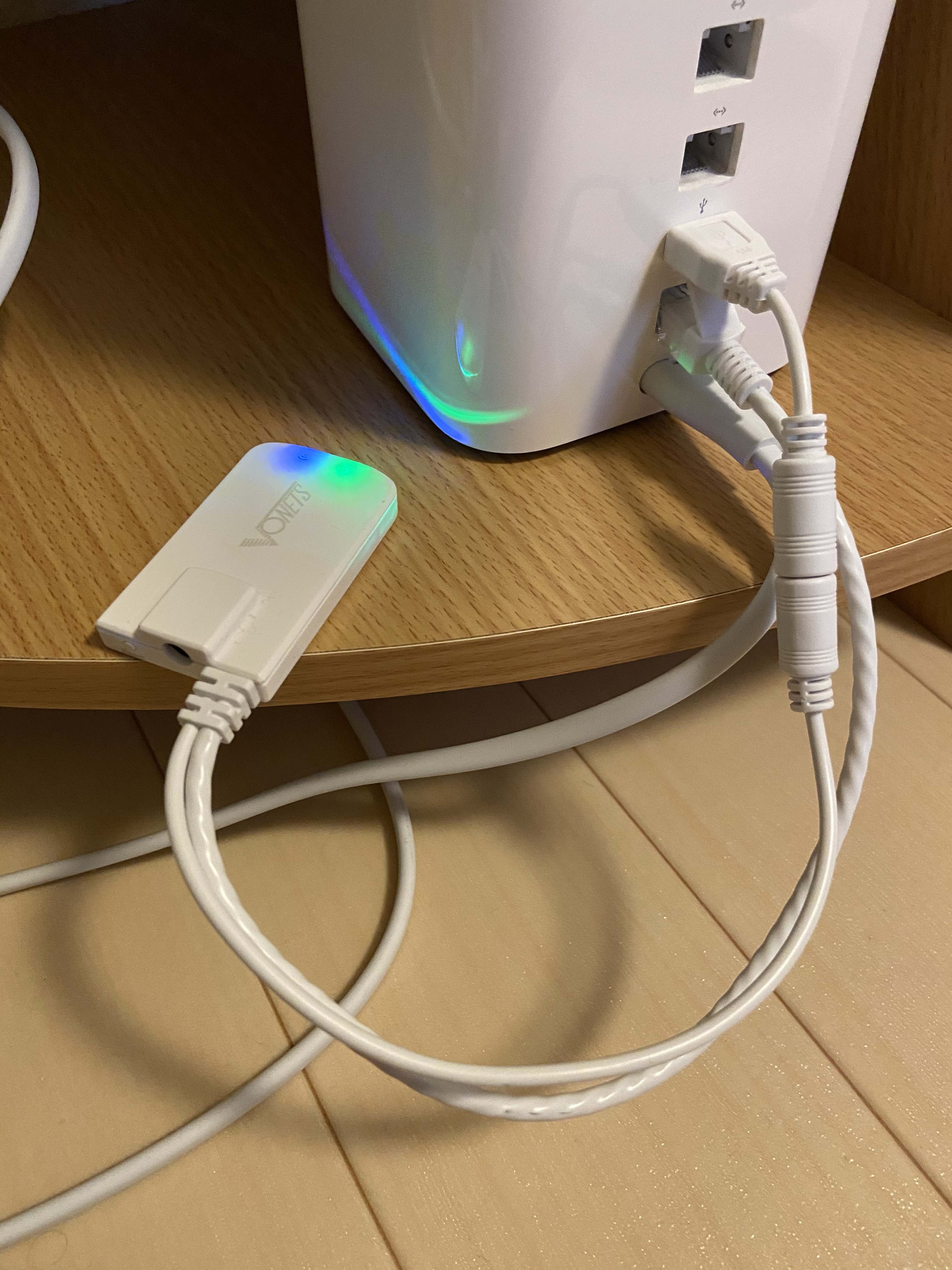 This solution is simple and inexpensive. Time Machine backups from my notebook to the Time Capsule work using the apartment's existing wireless network.

No additional power supply is needed as this wireless bridge can be powered through the Time Capsule's USB port.

The wireless bridge requires a few configuration steps but it's doable.

Not the answer you're looking for? Browse other questions tagged network wifi time-machine airport time-capsule .

2
How to set up Time Capsule in wireless bridge mode?