I've got a 27 inch iMac made in 2011 that displays 5 pink vertical bars on the screen. It won't boot properly. I ran the Apple Hardware Test and it came up clean. 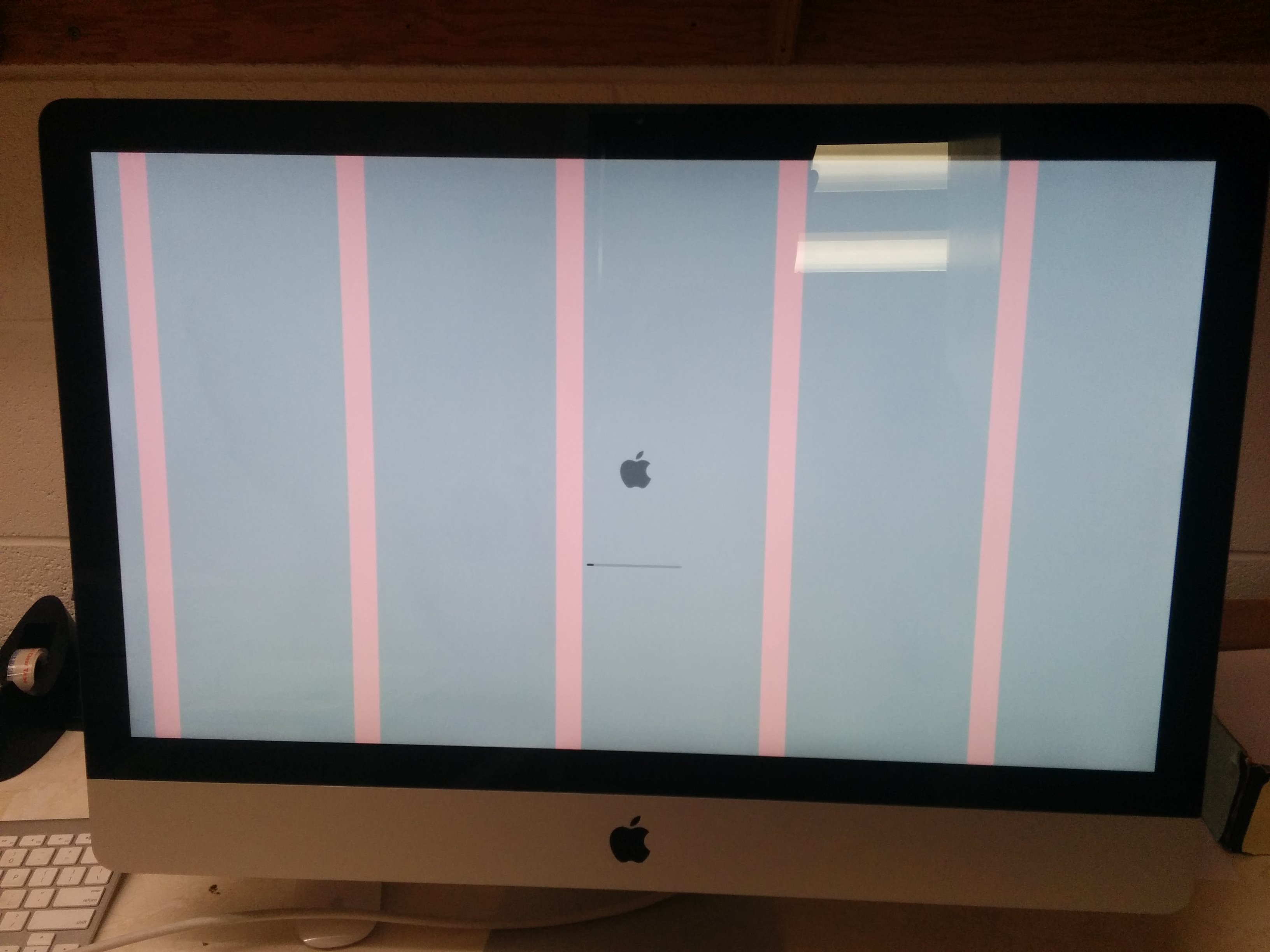 I have had this problem. It coincided with the iMac running very hot. It crashed and the pink stripes appeared. Every time I tried to start it, it stopped loading and rebooted. I thought it might be the video chip (I'm no Mac expert). I gave up and left it for months then tried again, rebooting holding down the shift key and various other combinations of keys that I'd read about. This went on for hours but somehow the pink bars disappeared eventually, returned then went again. Eventually and to me, miraculously, the Mac started! I read somewhere that out of date software can make the Mac run too hot so I checked via the disk utility and found disused printer and scanner drivers using a lot of power so uninstalled them. Eventually after another crash or two and the stripes reappearing, I found that turning on holding down the shift key until the screen cleared, shutting down and starting again the OS loaded. It started running cooler and after shutting down correctly and restarting a few times all seems well (so far!). It has been like monkeys typing Shakespeare but I'm glad I didn't take the advice of a computer repairer I'd phoned who told me I should scrap the iMac (a near top of range 2011 model costing me £1600), take out the hard drive and put it in another Mac! I hope this garbled account might give a little hope!

Its typical for a crashed Graphics Card. I had the exact same problem. Here is how I solved it: Connected the iMac with another Computer. Started the other machine in the Target Mode and backuped all data from my iMac. For that I needed a wired keyboard!

That would be the workaround Then you'd would have to get the hardware repaired, if this seems worth the price for such an old machine.

The correct would be to seek assistance in your country and city, this defect is the video card.Apple had released to a Recall to return for no cost video card.

Not the answer you're looking for? Browse other questions tagged imac boot display .