I'm trying to transfer my information from a mid-2012 Macbook Pro Retina running the latest version of Yosemite (10.10.3). The new machine is a 2015 Retina also running Yosemite.

The first time round I tried doing this via a Thunderbolt cable. The donor machine was booted into target mode, and on the recipient machine I started up the Migration Assistant and followed all the instructions. When the time remaining bar got down to about a minute, it started to creep back up. 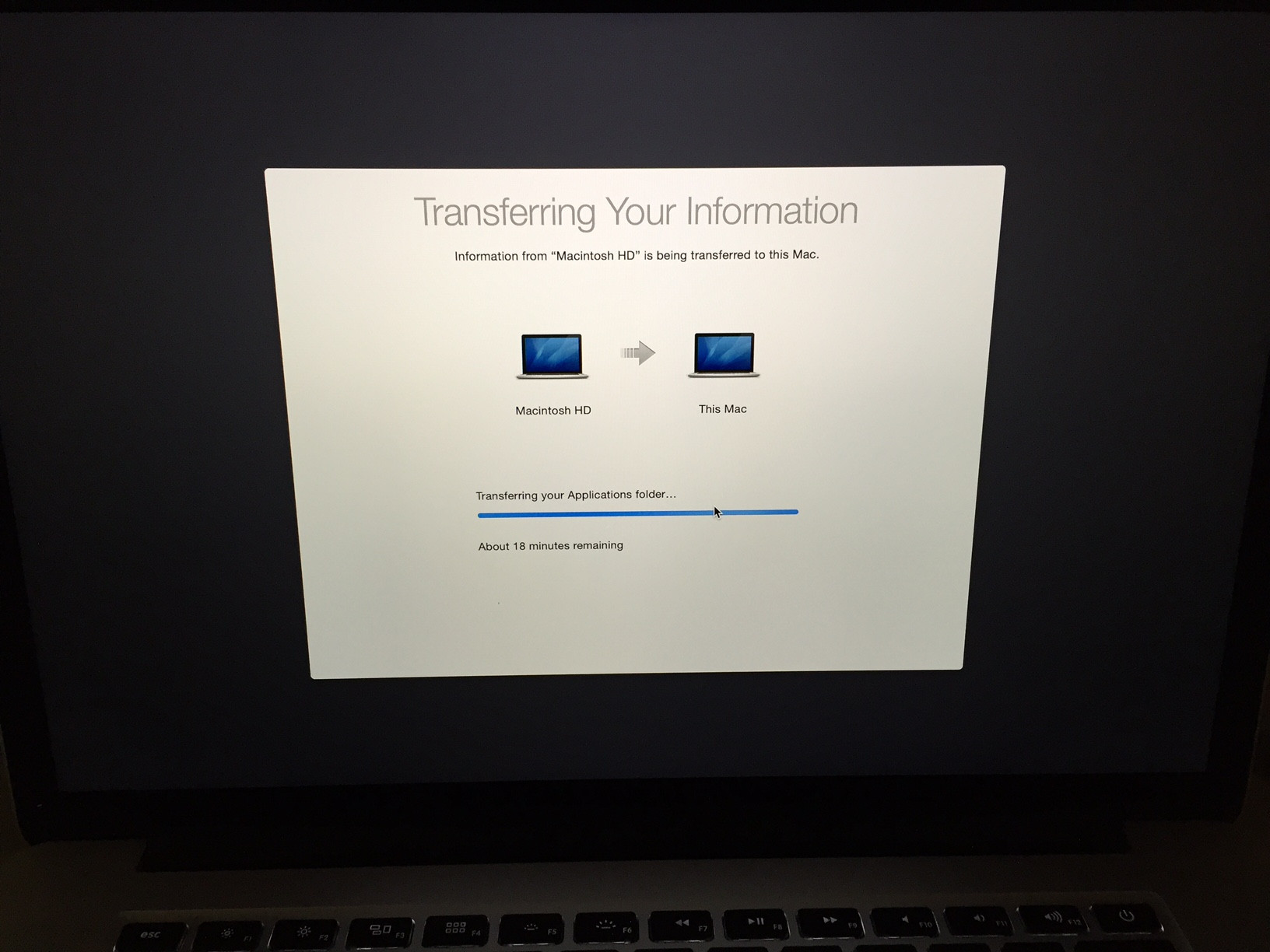 It kept going and going. I left it for an hour and a half (bearing in mind the transfer up until then had taken 20 minutes). It had reached about 17 hours by the time I decided to give up.

I then formatted the drive and reinstalled Yosemite via the Internet. So starting with a clean state I tried again with method 2 which was via a Timemachine backup. This had exactly the same effect. I'm going to leave it overnight in vein hope that something might happen, however I thought that I might as well ask on here to see if there are any suggestions.

This is similar to another question, New Mac Pro: Setup/Migration Assistant never finishes, and one piece of advice from that is that I should just boot into target mode and manually copy files over. I may well end up doing that, although obviously I don't want to miss anything.

I'd have taken both machines up to 10.10.4 first using the combo updater - as it specifically includes fixes for Migration Assistant.

Then I'd have followed the instructions rather than try it in target disk mode - you need to be running Migration Assistant on both machines, as you must authorise on both.

Not the answer you're looking for? Browse other questions tagged time-machine backup migration .