Are the changes to Lion's screen sharing documented anywhere publicly?

I am looking for a general technical overview of the changes Lion brought to screen sharing (VNC).

Specifically, the server now can differentiate and communicate the difference between dropping in and observing whatever user is presently logged in as opposed to starting a new and completely virtual loginwindow process and environment independent from the physical screen. 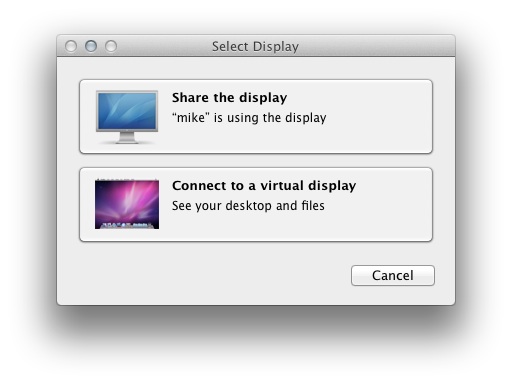 If you can write the book here detailing all the changes, awesome. If not, any pointers to articles, resources or hints of what changes actually shipped with Lion would be most welcome.

I am not finding any relevant documentation or discussion on the googles, the blekkos, or even the Apple developer site. (other than pre-release discussion that change is coming and the numerous VNC is now broken threads)

Items of interest but nothing overtly related to screen sharing.

Released for 10.7 but some of what's there (example: Open Directory) is not amongst Apple's list of open source projects, so I would not treat the latter as comprehensive.

Again I can't see anything specific to screen sharing in Lion.

Considering what's in the license, my hunch is that Apple will not be especially open about recent and forthcoming changes (if any) to screen sharing in Lion.

If a third party VNC viewer has difficulty, then maybe it's not following best practice, or the most appropriate standard … whatever those practices/standards may be! With apologies for teaching grandmothers to suck eggs (bmike won't need this but someone else might): http://en.wikipedia.org/wiki/Virtual_Network_Computing

Yes - the Apple Remote Desktop (ARD) version 3.5 relase notes discuss how Lion screen sharing works. It matters if the sharing mac had Remote Management or just Screen Sharing configured as well as whether the client appears to be a traditional VNC client or works like ARD.

18
Remote into Mac Mini after a reboot
19
Is there a Windows remote desktop client compatible with Lion's virtual display feature?
8
How to Screen Sharing / VNC to an iMac without waking the display?
5
Is it possible for two users to remotely log in to a Mac simultaneously?
8
Why isn't the multisession login in Lion's VNC server working properly?
5
VNC from Windows gives blank login screen
1
VNC Vinagre to OS X Lion
2
problem with high sierra multiple users simultaneously
1
Remote login with graphic "ssh"/rdp