I got a notification to update the itunes v12.2.1.Initially had lots of download going on so the download was slow.Later after completing the windows downloads the itunes update is simpply stuck at one place it doesn't resume the download. 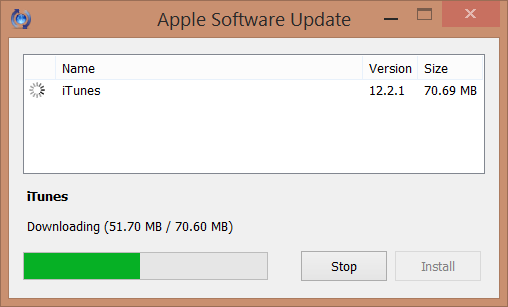 When I start another download it starts downloading very fast but when I see the same for itunes the update doesn't resume it is stuck at 51.70MB

A few while later as it was still stuck on that 51.70 I clicked the Stop but now even the cancelling is stuck. 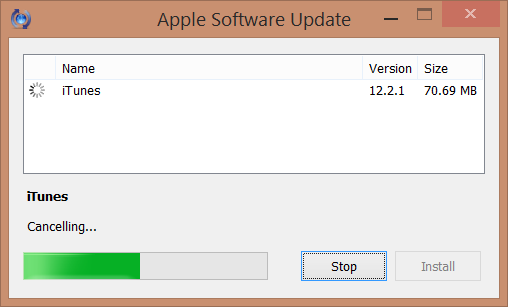 For my situation, none of these solutions worked for Windows 10. I resolved it by going to the iTunes site, download and run the full iTunes install, rather than just the update.

Not the answer you're looking for? Browse other questions tagged software-update .

1
Why iTunes updates get released so fast and why everytime the entire iTunes has to be updated instead of patched?
21
Mac App Store update stuck (Installing - Calculating…)
3
software update is stuck on “less than a minute”
2
AppStore crashed during software update
6
How to delete an app stuck in update mode?
2
iMovie update stuck with phantom app
0
App Store is stuck downloading Software Update
2
iPhone update failed now stuck in Recovery Mode
2
VS Code will not Update