I have a 2010 13" Macbook Pro. A few days back, the middle row of the keyboard (i.e. the keys from A-L) stopped working. Since the laptop was not under warranty I thought I would give checking the problem and repairing if possible. I opened the backcase and also opened few of the screws on the motherboard. However, I couldn't open it completely and abandoned the process.

I connected everything back and when I started the laptop, the monitor was flickering. I opened the backcase again and at the point where the video connector connects to Motherboard, I pressed a little hard. The screen stopped flickering. On release, it flickered again and I pressed again. This time however, a small flashoccurred and there was a light fire. Since then, I have not been able to start the laptop. On starting, it gives a sound like starting but stops immediately after that. Attached below is a photo where I pressed and the small burn sign. 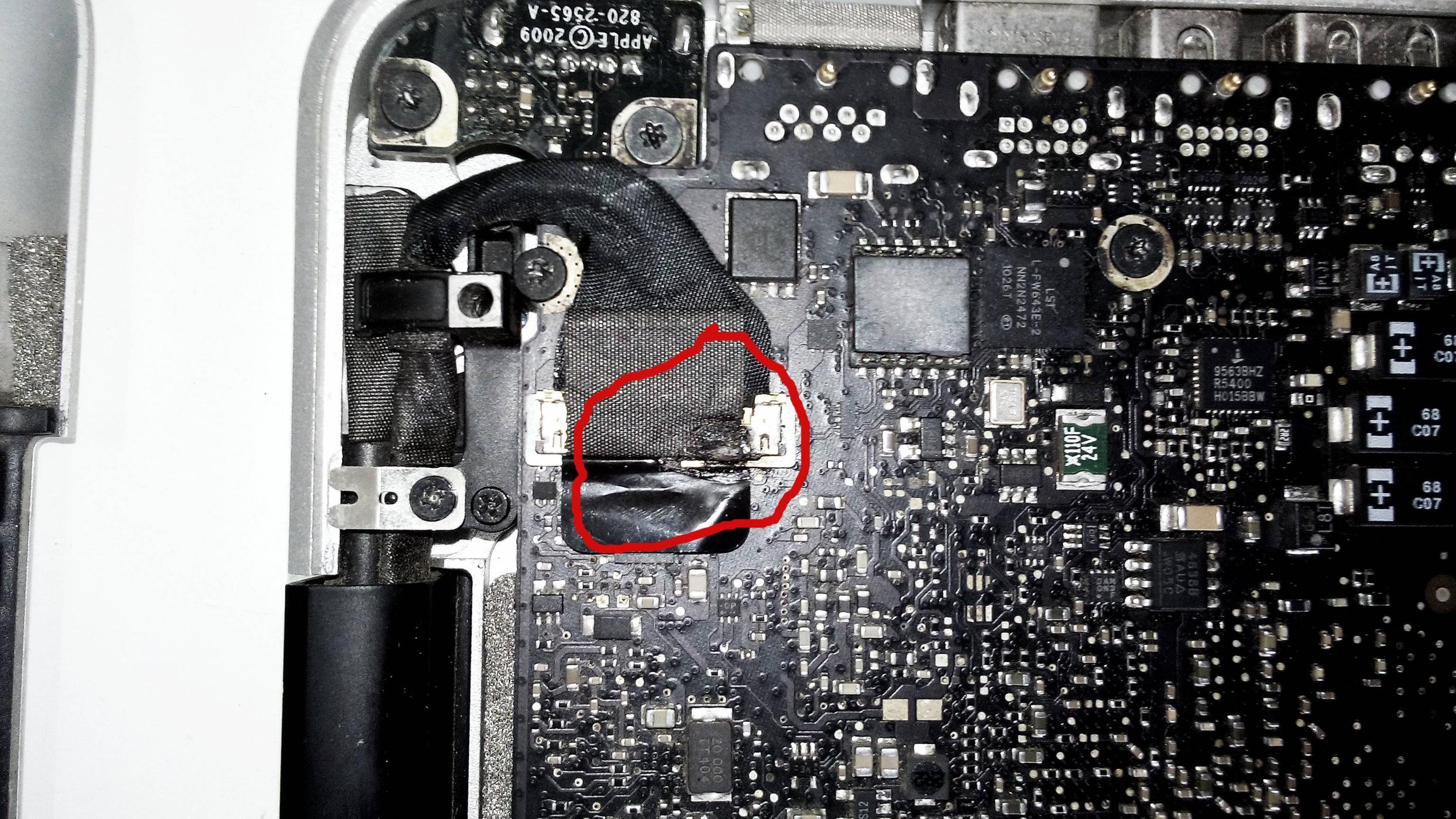 I am going to give the laptop to a service center. I wanted to know whether this is a easily solvable problem or will it require motherboard replacement. I am hoping that simply replacing the connector wire will work fine.

A short circuit will often damage other components, in this case, the graphics controller, possibly some power smoothing circuitry, resistors in-line with the shorted component would have most likely been damaged etc. In short, the logic board would need to be replaced, along with the connector/LCD.

It's very, very unlikely that the board would be okay after such an event.

Not the answer you're looking for? Browse other questions tagged macbook-pro keyboard hardware screen motherboard .