Basically I have a problem with apps stopping when the screen is locked. I have first encountered this issue when I started using Strava.

I would normally start recording on Strava, lock the screen and put the iPad into my backpack, after I finish the ride, I would unlock the screen just to find out that the app is not running.

I initially though that this is Strava specific issue, but I have since tried Endomondo and it exhibits exactly the same behavior.

I would like to know why does iPad stop apps after the screen lock and how do I change that behavior.

based on the comments and answers from other users, few more details:

The worst, but working solution will be to set screen locking to 30 seconds, so that it will go to sleep faster. Looks like apple does it on purpose.

Go to Settings > General > Background App Refresh and check if a specific app is blocked, or if the general switch is off. 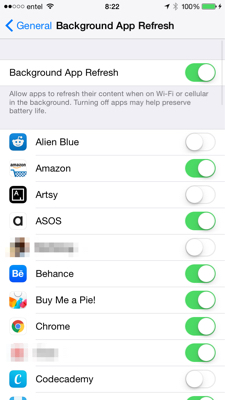 Maybe Location Services are set to "While Using" for those apps?

Go to Settings > Privacy > Location Services and look for Strava. 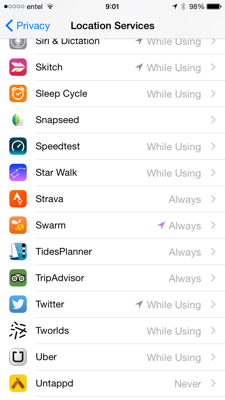 In my settings is set to "Always" 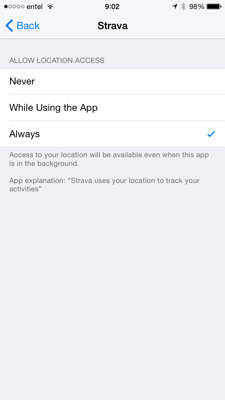 Not the answer you're looking for? Browse other questions tagged ios ipad crash screen-lock .

1
How to fix an iPad that froze on home screen?
1
Recover data from locked iPad
1
Why does the Notes app show on the lock screen?
1
Why does my phone sometimes unlock with TouchID, but not go to home screen/app?
4
How to stop iPhone 6 lock screen from rotating to landscape mode
2
Cannot enter "app wiggle"/delete mode on iPad Air, iOS 11
0
Application network traffic filtered, when screen is locked?
1
How do I unlock an old iPad with Activation Lock without knowing the Apple ID password?
0
Is it possible to see the running timer on the lock screen in iOS 14?