How can I share all document revisions with another Mac?

Mac OS ‘Lion’ introduced a version control system with a fancy user interface called Versions. I’m slowly getting used to working with it and find it quite powerful.

One person sharing two or more Macs, all running Lion

For your file to be versioned, save first to removable media with a file system that supports permanent version storage. Save all versions of the file to that volume.

Eject/unmount the volume. Use the volume with other Macs running Lion. 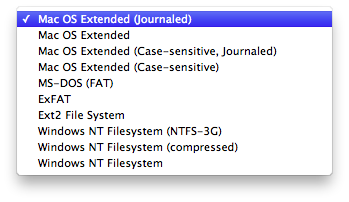 Method B: electronic file share of a disk image

In a directory that is shared using Apple Filing Protocol (or any other appropriate distributed file system), create a disk image, maybe a sparse bundle. Choose a format — a file system — that supports permanent version storage. 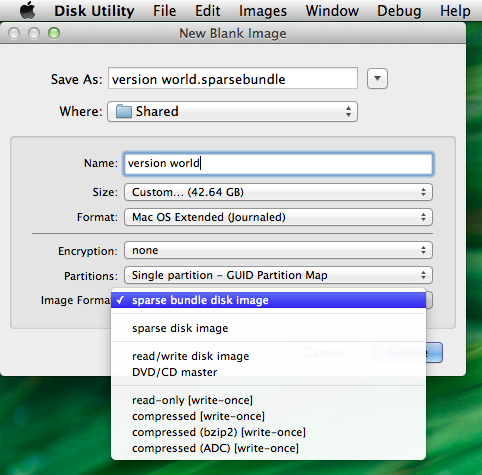 For your file to be versioned, save first to the volume that is imaged. Save all versions of the file to that volume.

At another Mac running Lion:

The Secrets preference pane can help you to enable advanced image options in Disk Utility.

An image of a volume may be not reliably backed up whilst the volume is attached/mounted. For reliability, unmount/eject the volume before backing up.

Either method A or B will work, but both require negotiation between humans :-)

For each version that you wish to share, use the Duplicate command then save a separate file.

The downside of this traditional approach is separation. Users of other Macs (not necessarily running Lion) might take a Cover Flow view of the files, but that's not as neat as a versions browser view of a single file.

You might wonder why saving to an Apple-oriented file service, for example a service using Apple Filing Protocol, does not save Apple versions on the server. Think: privacy, security.

Someone in Government saves a file that describes the true state of the economy, a state that is terrible. The person changes the file to present a different truth, a truth that will keep the lions at bay, saves his or her changes.

When ready to share, the author puts the one file on an AFP server.

Other users of the server open the file in any application that supports Apple versions. They see only one version, the most recent.

We (other users) might wish to see all versions of a file — including versions that were not intended for sharing — but for Mac OS X 10.7 (Build 11A511) the sanest default is:

According to Ars Technica's Lion review, revisions are stored at /.DocumentRevisions-V100. You might be able to share this with another machine, though it sounds like it's pretty tied to your particular filesystem — and I doubt there's an easy way to share only a single file's revisions.

Not the answer you're looking for? Browse other questions tagged macos sharing versions .

10
Do OS X Lion's Versions and Resume features store the cached data for encrypted .sparsebundle images in a secure way?
1
Versions support on a Samba share

0
How do I share my Internet connection with another MacBook via WLAN?
1
Why can’t I share my Internet connection with another Mac?
2
How can you avoid error -43 when copying symlinked folder in Finder with a SAMBA share?
1
How to regain warnings about permanent version storage?
1
How to share iOS Pages document that was created on Mac?
0
Share iTunes playlist with another computer (Different account)
0
How to create automatic launchd job that sets the Ruby version to use