My 2012-era MacBook Air is connected to a 2012-era iMac via a Thunderbolt cable. The iMac contains a Thunderbolt-Ethernet bridge which in theory should allow the MBA to (1) participate in extremely fast file transfers with the iMac and (2) access the Internet and LAN without the use of additional ethernet cabling or WiFi.

Both operations work as expected, but with a catch: Sending TCP/IP traffic from the MBA to any computers on the LAN other than the iMac, or to any computers on the Internet, is incredibly slow. Receiving traffic works just fine. Sending a file from a server on the LAN to the MBA, for example, is very fast, and downstream speed tests initiated on the MBA via SpeedTest.net max out my Internet connection at 60Mbps. But all traffic originating from the MBA in the upstream direction is ridiculously slow; Traffic from the MBA to machines on the LAN or the Internet moves at around .08Mbps. A test via SpeedTest.net confirms. (Traffic between the MBA and iMac is very fast in both directions.)

Have you looked carefully at Firewall permissions on both computers? You may be blocking outbound connections from the MacBook Air on the iMac.

If you are protected behind a router, I'd try these tests again with all Firewall and networking limitations turned off. I'd also try turning off Little Snitch if I had it installed, while running these tests.

Apart from the lightning fast file transfers (SSD speeds I imagine), between MacBook Air and iMac, you could try adding a local 1000 BaseT switch and plug both machines into that switch via ethernet. For the MacBook Air, you'd either need a Thunderbolt to Ethernet adapter which you have for something like 1000 BaseT speeds or if you are willing to live with 100 BaseT speeds the simple Apple USB Ethernet Adapter. 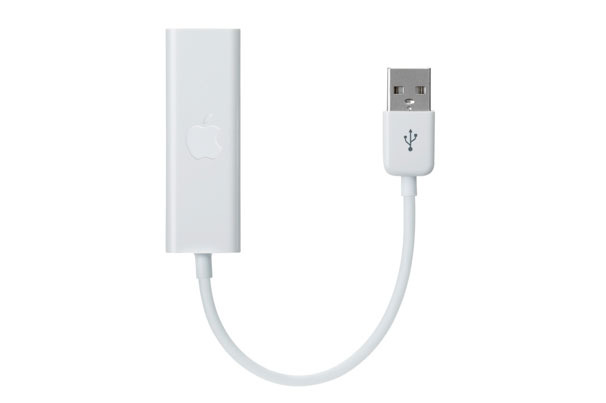 Please let me know how you get on with your network sharing issue.

Not the answer you're looking for? Browse other questions tagged thunderbolt ethernet .

5
How to share internet connection via thunderbolt?
2
Can one buy an Ethernet and HDMI Thunderbolt adapter?
0
Is Ethernet traffic slowing OS X?
6
Internet sharing via Thunderbolt Cable?
1
Control iMac using Macbook Air keyboard and mouse?
0
Can I allow Mac using Internet Sharing via Thunderbolt to talk to other devices on network?
0
Ethernet LAN speed too slow on one machine
1
Home network with wired and wifi, force local data over wired
0
Is it possible to use Thunderbolt networking and regular ethernet networking simultaneously?
0
Internet over Wi-Fi working but not over Ethernet (LAN)