This is a really weird one. Anytime I try to update any OSX items via System Update I get a bizarre permissions error.

The screenshots tell the story...

Here is my attempt to run the update:

Here is my console log when I run the update: 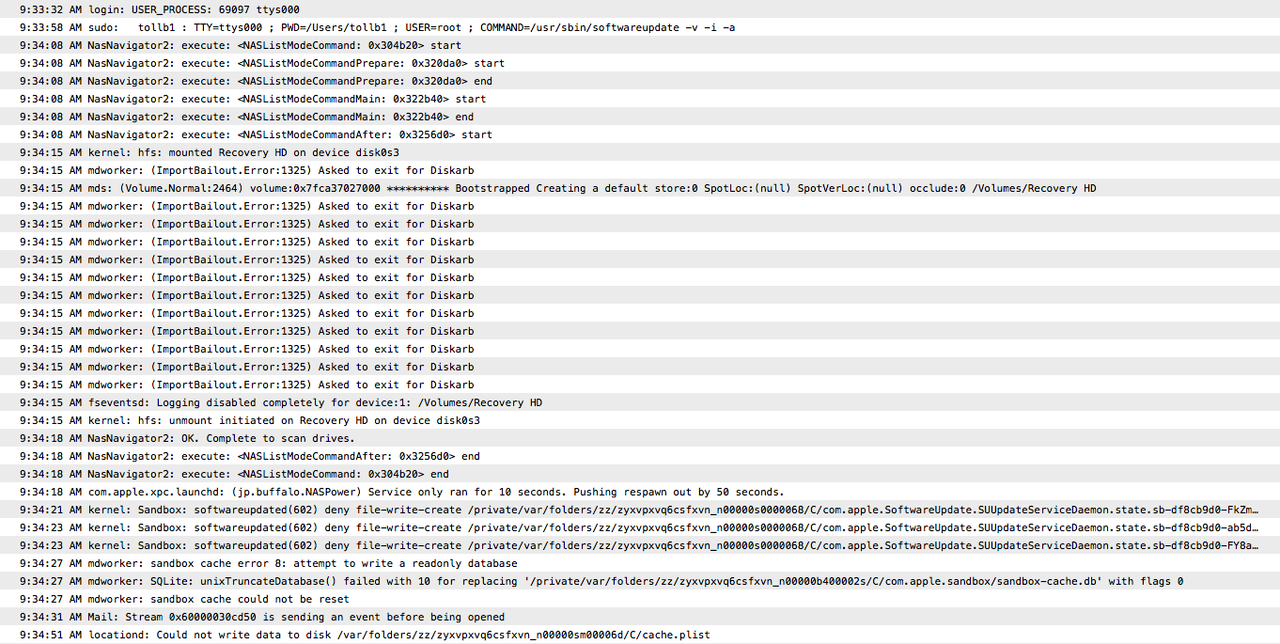 Lastly here are my permissions on the folder that is being denied from the console log:

The background info about this system is that it is a work computer that was originally set up for another user. He was set up as the admin, then I was given this machine. His account was deleted and mine was given admin privileges.

I've seen errors like this after an Apply to enclosed items was done to the Macintosh HD.

Since you've removed it, you could recreate (might have to recreate the 0,T and C subfolders too…) it and set its ownership as above. You could do that now, and it might let software updates download, maybe even install. It also might not.

You could remove /var/folders, but I've seen a system that didn't like that. If the permissions on it are mangled and you'd like to try without it, I recommend renaming it in single user mode first.

Not the answer you're looking for? Browse other questions tagged macos software-update permission .

9
How can I fix permissions for files in the /var/folders/zz?

54
Why am I getting a "dubious ownership of file" error when Launch Agent runs my .plist file?
1
iTunes permissions on second drive
4
Confounded by permissions problem on NFS share
1
Set a Volume's permissions to group write for all files and folders
1
User /System Permissions none.(Set to 000)
8
Cannot open Terminal on mac ("Not allowed to use" error message)
0
Sharing & Permissions has 2 "everyone" entries, OS X 10.10.5
1
Fix permissions in Apache