Is there a way to have Calendar.app display its week numbers using the standard ISO 8061 week definition?

System Preferences in Yosemite 10.10.5 (and all later OS X releases, through El Capitan 10.11.3) lets you change the calendar system used across apps. The default for a United States install is Gregorian. To get behavior compliant with the ISO 8601 standard, change to ISO 8601. 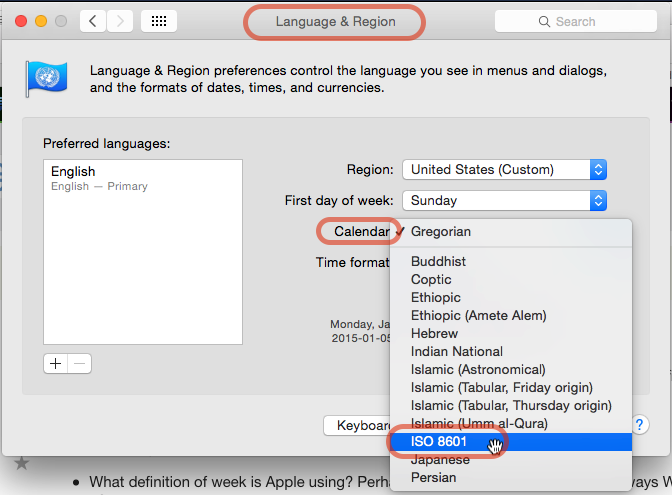 Below are screen shots of Apple’s Calendar.app, before and after switching between Gregorian calendar and ISO 8601 calendar. I added the "Gregorian"/"ISO" labels. 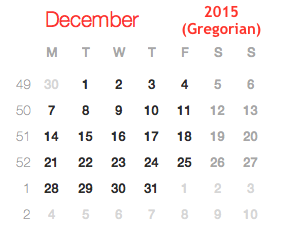 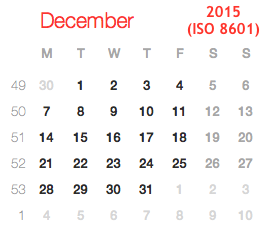 CAVEAT I do not know the ramifications of changing your Mac calendar system from Gregorian to ISO 8601. I searched support.apple.com but found no documentation.

ISO week-numbering year (also called ISO year informally) has 52 or 53 full weeks. That is 364 or 371 days instead of the usual 365 or 366 days. The extra week is referred to here as a leap week, although ISO 8601 does not use this term. Weeks start with Monday. The first week of a year is the week that contains the first Thursday of the year (and, hence, always contains 4 January). ISO week year numbering therefore slightly deviates from the Gregorian for some days close to 1 January.

Anyway, if you want ISO week number use this link to install it.

Not the answer you're looking for? Browse other questions tagged macos calendar .