Using a 2015 15" MBP Retina, maxed out, what's the best source of information on ordering of Thunderbolt devices relative to a cinema display? 4K screen, and 3 Thunderbolt drives?

With the Cinema Display on the end, after the 3 Thunderbolt drives, the sound is severely distorted.

I've never run the Thunderbolt out the back of the cinema display.

And does the Thunderbolt out the back of the Cinema Display power a 4K Display Port cable? (when I tried this on the back of the drives, I got only 2560 resolution, so I'm guessing that the 4K monitor needs a direct connection).

UPDATE I'm quite happy with the setup pictured below:

Is there anything more optimal?

Is two 4K displays an option? Guessing not due to Thunderbolt. 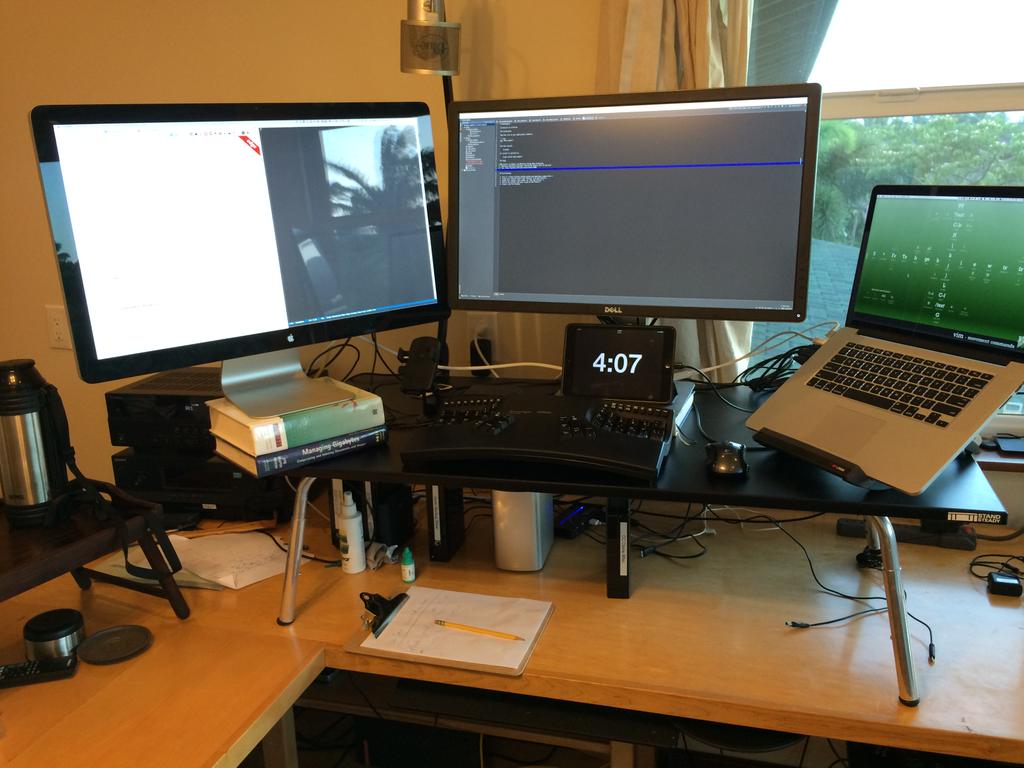 You really don't run into issues with the ordering of devices in Apple chain able hardware. Whether it's FireWire or Thunderbolt, the only rare situation is where you mix generations.

I haven't seen any issues with powered off thunderbolt drives in the middle of a chain to the display, but I'd probably put the display first and then plug the drives in down stream of the display if you have that option.

Not the answer you're looking for? Browse other questions tagged display thunderbolt thunderbolt-display cinema-display .