My iPhone (running iOS 8) and my MacBook (running OS 10.10.3) are in the same WiFi network, and I can answer incoming calls from my MacBook.

Initiating calls from the Contacts application on the MacBook also works - I click the phone symbol next to the phone number and it opens the call: 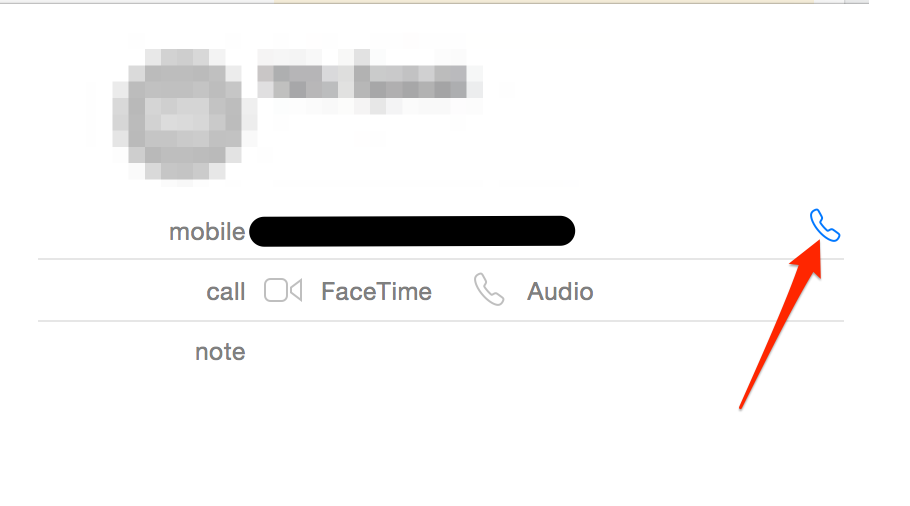 This works perfectly fine unless the phone number contains more than one hash character (#). When using conference systems, the hash sign is used to terminate input, e.g. after entering the conference or leader code.

The only difference is the second hash sign at the end. I've simplified that here, in real life, there are a couple more digits between the two hash signs, but the above also reproduces the error for me.

What happens is that as soon as there is a second hash sign in the number, clicking the phone symbol next to the number will not have any result.

The strange thing is that I can open FaceTime, click on audio, then start typing the name of the contact in question and call from there, including the second hash sign, and it will work fine.

One more note: The same can be reproduced by trying to open the number from the terminal:

works, while the following will not work - it will open FaceTime, but will not dial...

Is this a known issue with FaceTime/OS X - or am I missing something?

Confirming that this bug is still present in El Capitan. Frustrating. Curious if anyone has come up with a workaround using AppleScript, Keyboard Maestro, or other tool.

Not the answer you're looking for? Browse other questions tagged macos iphone facetime call continuity .

1
What is wrong when an iPhone ends all calls in failure, texts fail yet the data works?
0
iOS 8 iPhone Cellular Calls on iPad/Mac with 2 iPhones sharing same iCloud account
2
iPhone 5 all outgoing calls fail
2
Dialing from MacBook shows that my iPhone is already on a call
6
Why won't Facetime ring when somebody calls me?
3
I want to FaceTime, but can only WhatsApp
3
Can I be reached on FaceTime on Mac using my non-iPhone phone number?