Use a USB sound card with multiple input lines in apps like Skype or Dictation?

I need a way to make apps use the second input line from USB sound card. By default the all use input one. Does anyone know how to split the two input channels into two separate devices or alternatively merge the to inputs into one input channel?

It seems like OS X is treating the two channels as one Stereo channel instead of two separate inputs.

I have a lexicon Alpha sound card. It has two input lines, The first for instruments and the second for a microphone. I'm able to see both lines in audio MIDI setup. If I go into the system preferences I see both lines as one input device and I can see the sound bar move if I speak in the microphone or put jack table in the instrument plug.

If I use Skype or dictation or hangouts or any other normal app only the instrument input is used. If I use Audacity the input is recorded as one stereo channel with the instrument on the left channel and the microphone on the right channel only.

In Audio Midi Setup, you may have the choice of which is the primary input in non-ASIO applications… 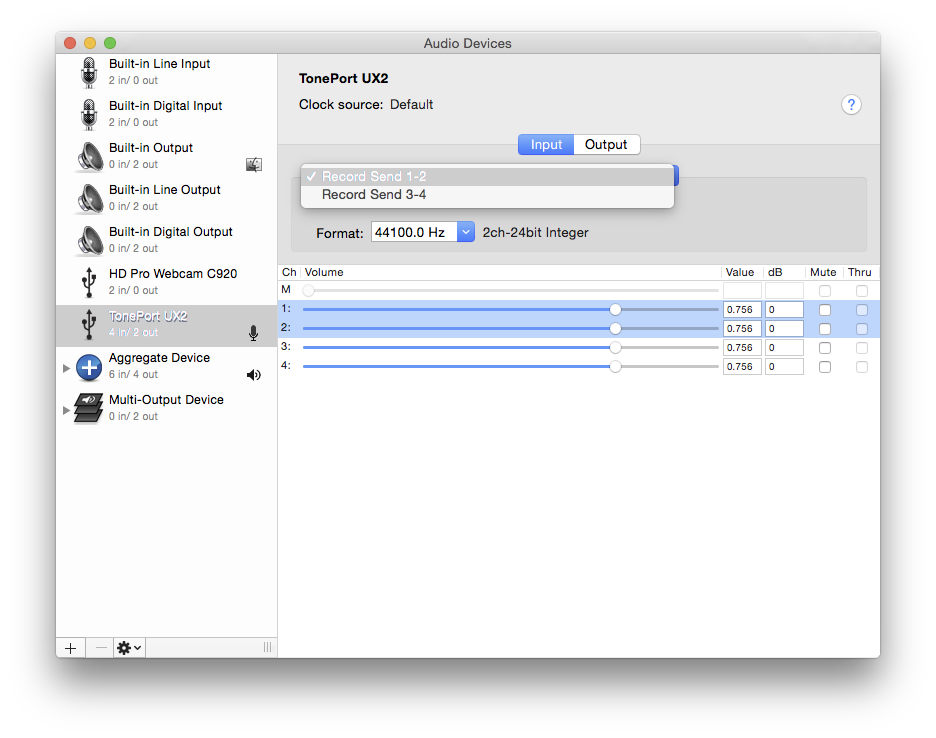 Alternatively, it might be possible to rearrange the inputs if you use an Aggregate device 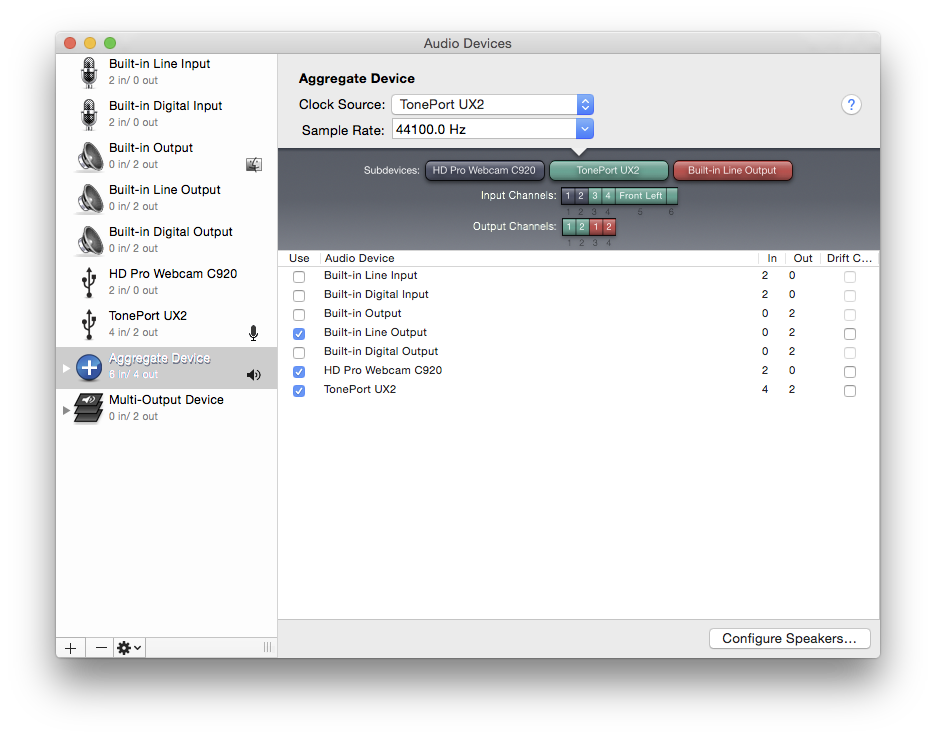 I've only used Aggregates for testing, experimentation, so I'm no expert - but it appears you can renumber the channel order by clicking the individual channels in the top section.

Not the answer you're looking for? Browse other questions tagged audio microphone .

4
How can I use an audio device's other channel for input to iChat and Skype?
2
How can I force Mac OS X to treat my Mackie Onyx Blackjack as a mono input device?
3
Internal microphone does not register input in System Preferences -> Sound but registers in dictation and speech
1
Split Input Channels Using SoundFlower and AULab
2
How can I use the output sound from GarageBand as my 'mic' for Skype or similar?
0
How can I mix multi-channel input device down to mono?
1
Is the MacBook Pro's internal microphone really stereo?