I would greatly appreciate some assistance with the following.

I have a Mac app that generates RTF files. I have an Android app that deals with MultiMarkdown/Markdown files.

The Mac app works with projects, and these have any number of files in them. It can automatically synchronise the files in a given project to a folder. Essentially, it will place into the folder a bunch of files whenever it syncs (on opening and closing, and manually). Any changes to that folder are automatically synced to my Android device.

However, I need them to be converted to .mmd files before that happens, and converted back to RTF when the files come in changed (or new) from the Android device.

So here is what I have in mind. What I would like is to set things up in such a way that when files are synchronised from the Mac app to their target folder, those files are automatically converted from RTF to MMD. I already have the scripts that will do the the actual conversion. AND when the MMD files change, they will be automatically converted to RTF files. I also have a script for this.

The questions I have are these:

But, obviously, this will create an endless loop, because each action will trigger the reverse action, endlessly.

One possible way around this endless loop might be this:

But maybe there's a better way?

I am keen to learn more about scripting, and in the process resolve this problem.

Are there any people with feasible ideas on how to achieve what I am hoping to work out here?

I would create one script that monitors both folders. My language of choice for this is Python. AppleScript is not terribly well-suited to this kind of operation. The basic idea is to listen for FSEvents on the two folders in question, and when one occurs, quickly unschedule the event stream for the other folder, do some conversion and sync operation, then reschedule the previously unscheduled event stream.

The completed script, downloaded here, with modified versions of those scripts you showed me. The MacFSEvents installation is now automatic: https://www.dropbox.com/s/oylvewk90ezwb3s/File%20Sync.app.zip?dl=1

Here are the steps to use it:

Extract the applet, right click on it and select "Show Package Contents", open Contents, and Resources, then edit the plist inside with your RTF and MMD folder pairings. You will be able to specify as many pairs as you need to keep synchronized with each other, just stick to the same format as what I used in the plist: One array per pair, each containing two items, the first item being the path to the RTF folder, the second being the path to the MMD folder. You'll see this when you open the plist.

This should work without any issues. The folders will now be watched for any sort of modification, and will have the files converted and transferred to the other folder.

I'm all for people learning how to script things, but for day to day use and flexibility, reimplementing parts of Hazel by NoodleSoft is less powerful and efficient for a general purpose solution. 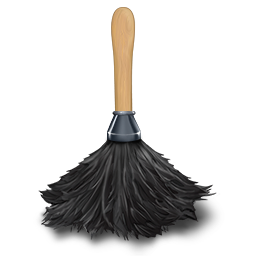 Again, kudos to Froggard and Inspired Life for the excellent answer and the practical question.

Not the answer you're looking for? Browse other questions tagged applescript automator folder-action .

2
Automatically sync folder contents in the background
5
How to execute a Folder Action or another Automator script when I make changes to a folder?
2
Using automator and handbrake cli to convert videos automatically
1
Converting videos in the background using automator and handbrake
1
Automatically convert a file whenever it is saved?
0
In Automator, how to get the folder contents after a "Run Shell Script" action
2
Applescript that efficiently listens for changes to the clipboard?
2
How do I create an apple script that changes the destination folder of airdropped files?