Why do my Macbook Pro's WiFi speeds drop significantly when paired with Bluetooth devices?

NOTE: This question is NOT a duplicate of Bluetooth and Wifi interfering with one another since Yosemite. That answer pertains to 1) The 2.4 GHz band only and 2) Yosemite only.

Though currently I’m running Yosemite (10.10.3), I have consistently experienced this issue since purchasing my Macbook Pro (Late 2013, originally running Mavericks). Whether it be a bluetooth mouse, headphones, or even iPhone, whenever I pair a device with my Macbook Pro, my Wifi speeds (running on 5 GHz band) drop by at least %50. I can reproduce this issue repeatedly. It only occurs when a device is paired via bluetooth to the machine. It does not occur when bluetooth is simply enabled on my computer.

At this point, I just don't connect devices via bluetooth anymore since the WiFi drop is noticeable. I am using a Logitech nano receiver mouse (and using up one of my precious two :( USB ports in the process) rather than using a Bluetooth mouse.

I’ve ruled out my LAN set-up:

I’ve isolated the issue to that of a Wireless one.

I’ve ruled out a specific Bluetooth device as the cause:

Originally, I thought the issue was with my Logitech M557 mouse. I tested my Magic Mouse instead. Both yielded the same drop in Wifi speed. The same has gone for any device that I paired with my MBP - Apple brand or not. Sidenote: I’ve unpaired the devices after testing. I only have one device paired (though not actively connected).

The issue persists without any third party kernel extensions loaded. Additionally, with no other third party software running (Dropbox, for example).

This issue has occurred since purchase, in Dec 2013. Across OS X Mavericks - Yosemite. Additionally, the machine has had a clean install of OS X from a fresh Yosemite image.

I ran the Apple Diagnostic Test, repeated times, with no error codes. On a separate issue (blown out builtin speaker recently), I had brought my machine into Apple. I had them run their in-house diagnostic test to confirm no BT related hardware issues. Additionally, as stated, this issue has been a problem from Day 1.

Why does my Macbook Pro's WiFi speed drop by 50+% when paired with any Bluetooth device? Is there a solution?

Screenshot of detailed Wifi connection with a BT mouse paired. The SNR and Tx Rate are good: 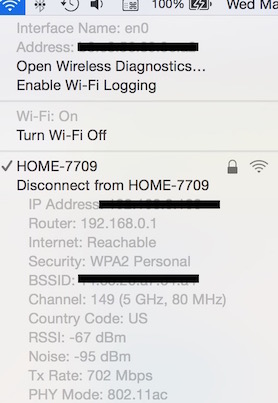 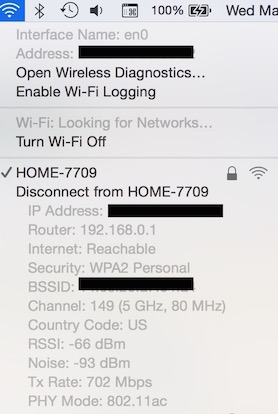 I found this answer here: https://discussions.apple.com/thread/6803542, a guy named 'Todd Berliner' had similar issues. Credits for him if this fixes your issue

Todd has similar problems and worked with an Apple senior supervisor for several weeks and came to the following fix:

Apparently, the problem is a bug caused by a bad interaction between the bluetooth preference file and wifi.

You have explicitly written that you tested both 2.4GHz en 5GHz, nevertheless I am still giving this as an anser.

In your new software setup, I think your bluetooth uses the same frequency as your WiFi, they are proberbly both on 2.4GHz. Change your WiFi to fixed 5GHz if possible or choose try 2.4GHz channels (some users see big differences on different channels).

Interference of the 2.4 GHz and 5GHz band

In analog and digital communications, signal-to-noise ratio is a measure of signal strength relative to background noise. You want a high signal to noise ratio. Example:

Knowing this, there is a good article on the Apple website that explains what is happening. It also has some links to other good documentation, like the Wireless Diagnostics support page. I summarised the most important parts.

Try changing your access point to use 5 Ghz or a lower 2.4 GHz channel.

When you use a Macintosh with an AirPort or TimeCapsule basestation, by default, this should go automatically as the two machines try to get the highest signal to noise as possible and switch frequencies automatically.

Just found how to fix it – this is not good fix, but it works.

This is how looks my 7Mbit degradation on 5GHz network: 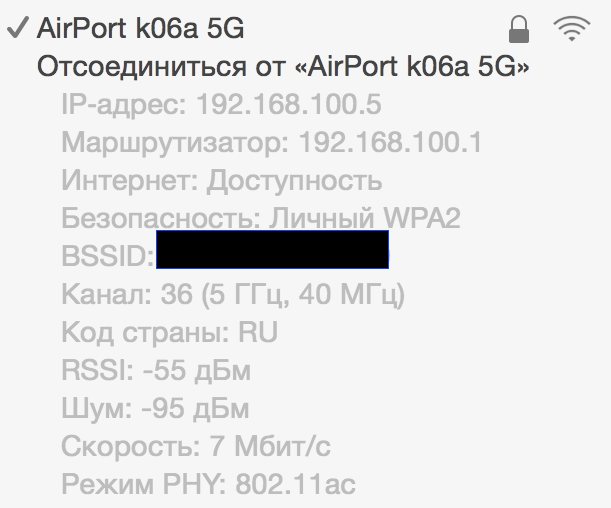 And nice working on 2.4GHz: 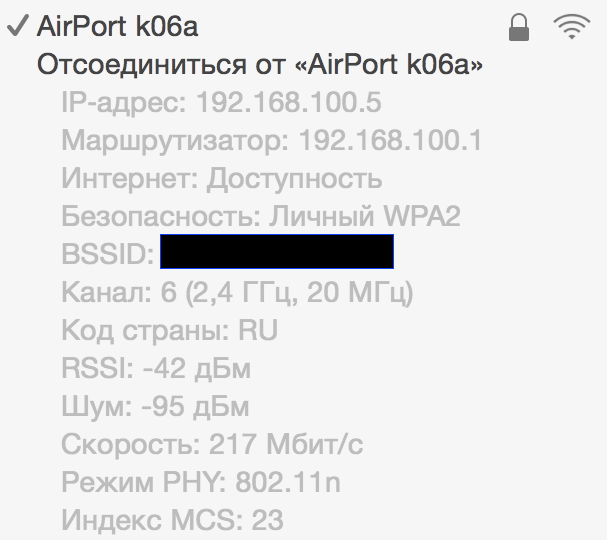 Not the answer you're looking for? Browse other questions tagged macbook-pro macos network wifi bluetooth .

3
Two Bluetooth devices + MacBook Pro + 2.4gHz WiFi = no network throughput; why?
54
Bluetooth and WiFi interfering with one another since Yosemite
0
Why does my Apple TV cause wifi to drop on my MacBook?
0
Wifi drop out on macbook pro retina late 2013 with El Capitan
0
Difficulty connecting at 300Mbps with Channel Bonding
1
Prevent friend's iOS devices from interfering with Bluetooth
3
Bootcamp Bluetooth mouse lagging when WiFi is enabled