I tried to install omnet++ on my Macbook pro (OS 10.10) yesterday. I got an error so I delete path in my bash-profile.

Now, every command I try to run in my terminal shows an error of command not found. I try many ways but did not find a answer. 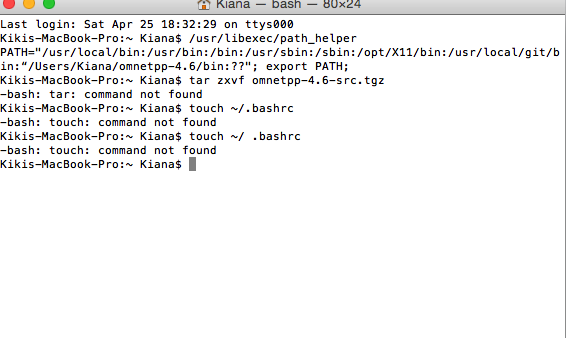 First, get your PATH back for the current shell by running

Then fix the PATH problems

Not the answer you're looking for? Browse other questions tagged mac terminal bash command-line path .