How do I delete unlinked folders from iCloud.com

How can I remove unlinked folders, such as "Readdle Documents" in iCloud Drive, left behind after uninstalling the app?

Go to ~/Library/Application Support/CloudDocs/session/containers, and delete everything you don't want to keep (make a backup first).

And all the hidden folders at the iCloud Drive Folder should be gone.

On new iOS, you can use the files app to navigate and delete these files.

Before that app shipped, there wasn't a file browser on iOS and Apple didn't expose that functionality to users.

There is a file browser on OS X, but the "truth" for App Folders is currently stored in iCloud, so you can't delete a folder on OS X and have it stay deleted. The bird daemon will re-download the folder from the cloud if you try. The developer that created those folders will have to implement a clean up routine (similar to how 1Password allows you to instruct the app to delete iCloud data and the program itself removes the data).

If you created the folder or document from OS X, then you can drag that folder to your desktop (or elsewhere) and you'll be notified of the pending deletion from iCloud.

Pay attention to the kind column to determine if you need the App to delete things or if you are trying to delete a normal file or folder. For more information you can use the command brctl log --wait to see status, minor errors and warnings of the iCloud folder and file syncing from OS X using terminal.app.

I followed those steps to get rid of the hidden folder (be sure to have a backup!):

This also caused iCloud to do a complete re-sync of all iCloud documents for me. But the hidden folder is gone.

After abortive attempts to upload my iCloud Photos Library (iCPL) and then wiping it again in various ways, there were left behind "All Events" folders, originating from the old iPhoto Events folder. Once the original copy on the computer was lost, it was not possible to remove the iCloud.com version. They were "orphaned". My question to Ask Different was about how to remove the orphaned folders. I got no answers or suggestions...

I made many attempts to delete the library from iCloud and start afresh. Apple assisted in this, but thought that I must have something wrong with my library. I had had to use iPhoto Library Manager to rebuild it, before I could get it to upload at all, because it contained a folder with 1.6Gb of iPod thumbs.

I had uploaded the library maybe twenty times and had exceeded my ISP quota for the month, which cost a lot of money.

Then Apple deleted the library using the Preferences iCloud option, which I had done myself several times already. But since, this time, the Undo Delete also stopped working, I had to wait nearly thirty days, before they finally reset iCloud.com>Photos back to the splash screen.

After installing a diagnostic profiler for Photos, I created a new empty library and re-enabled iCPL. Immediately the rogue All Events folder, containing 1266 images, reappeared in iCloud.com>Photos. Maybe this convinced Apple that it was not being inadvertently uploaded from my computer.

So, after three months of investigation and liaison with Engineering in Cupertino, Dallas and Dublin, and uploading numerous diagnostic reports, I now note that on the 12th May 2015, this problem has finally been solved by Apple themselves. Various posts on the Apple Support Forum (ASC) confirm this. e.g.: Apple Support Community

On logging into iCloud.com in Safari, the iCloud Photos Library (iCPL) was reloaded from a new splash screen, in my iCloud.com>Photos and is now being kept in sync with the library on my computer and iPhone. 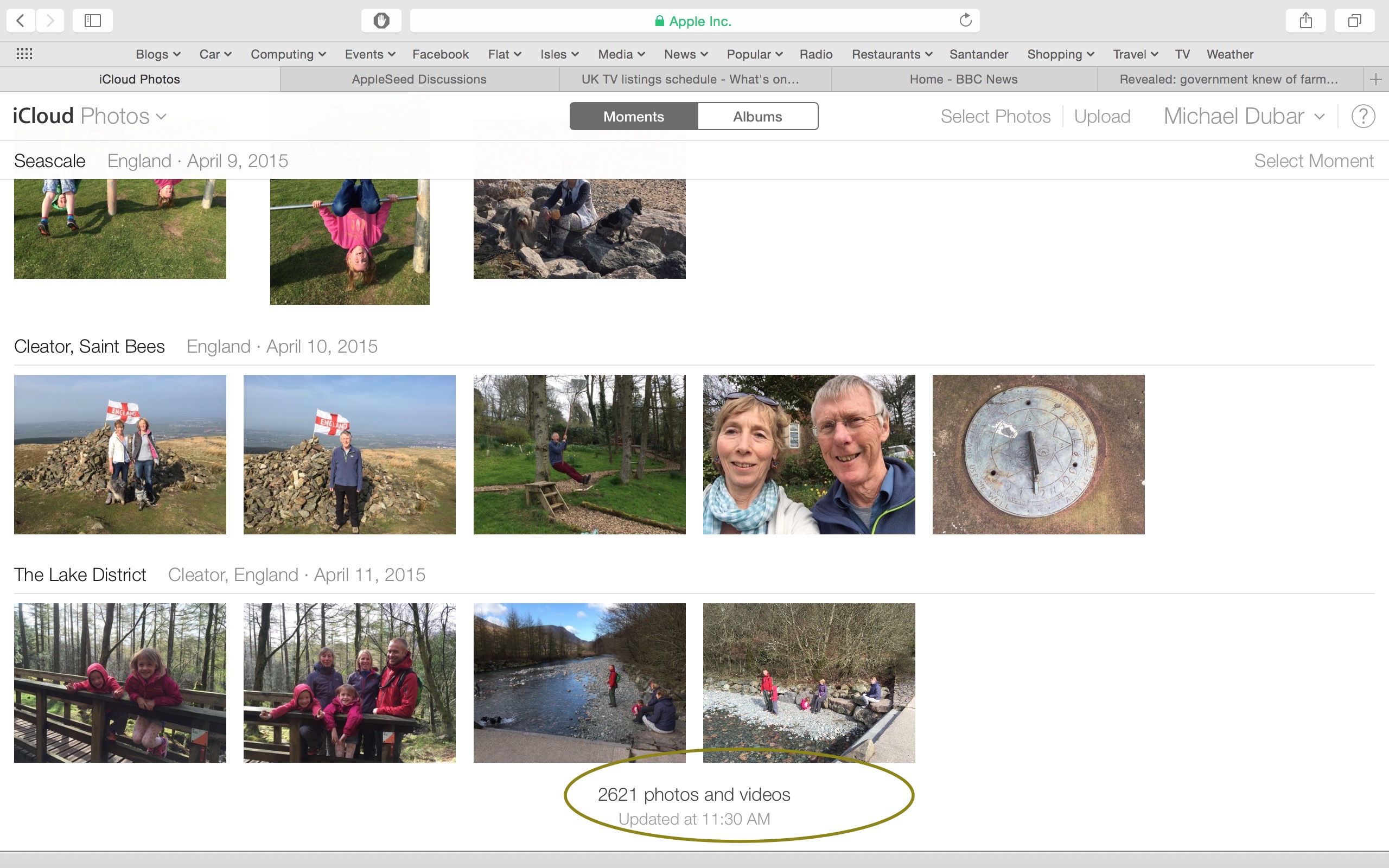 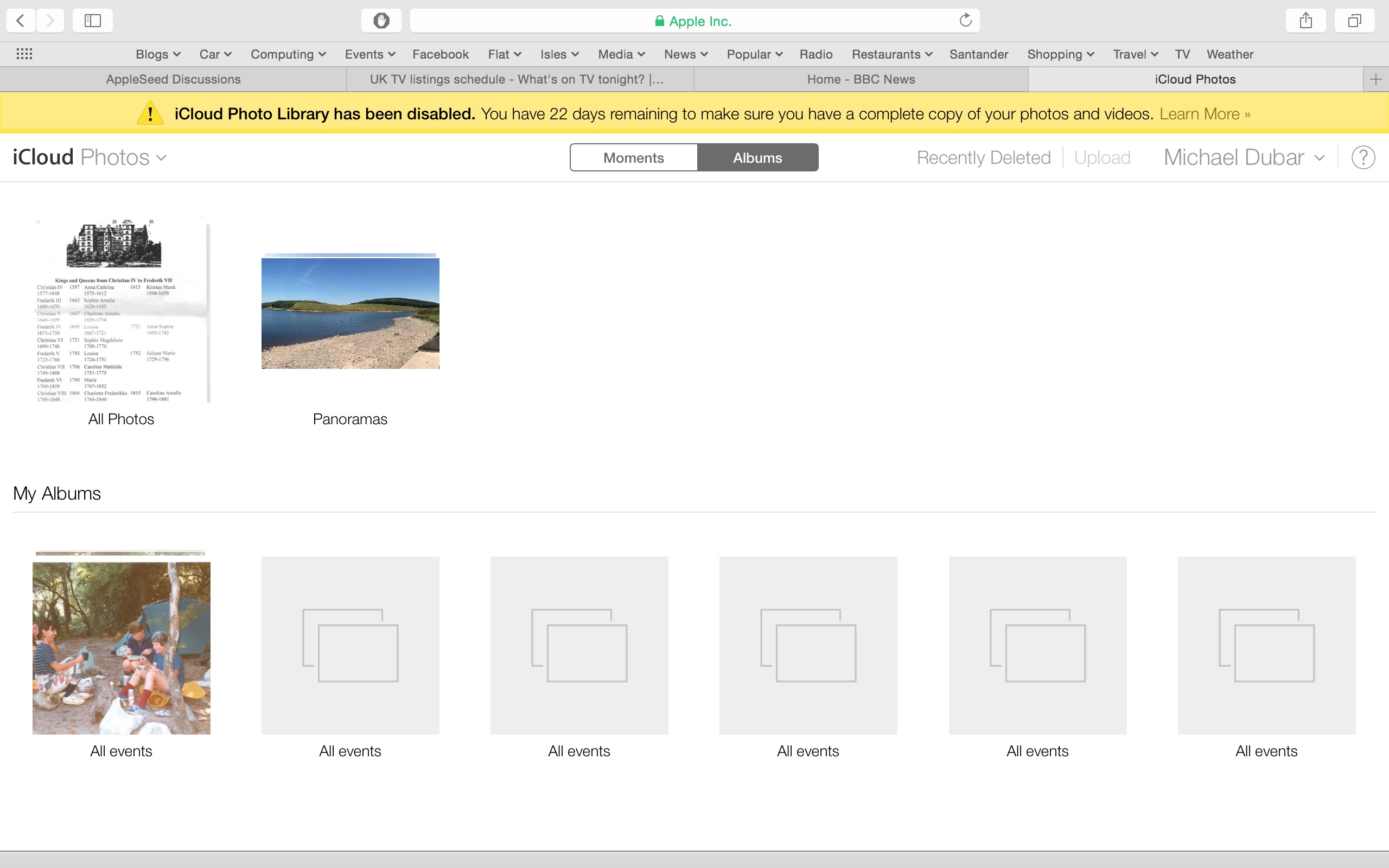 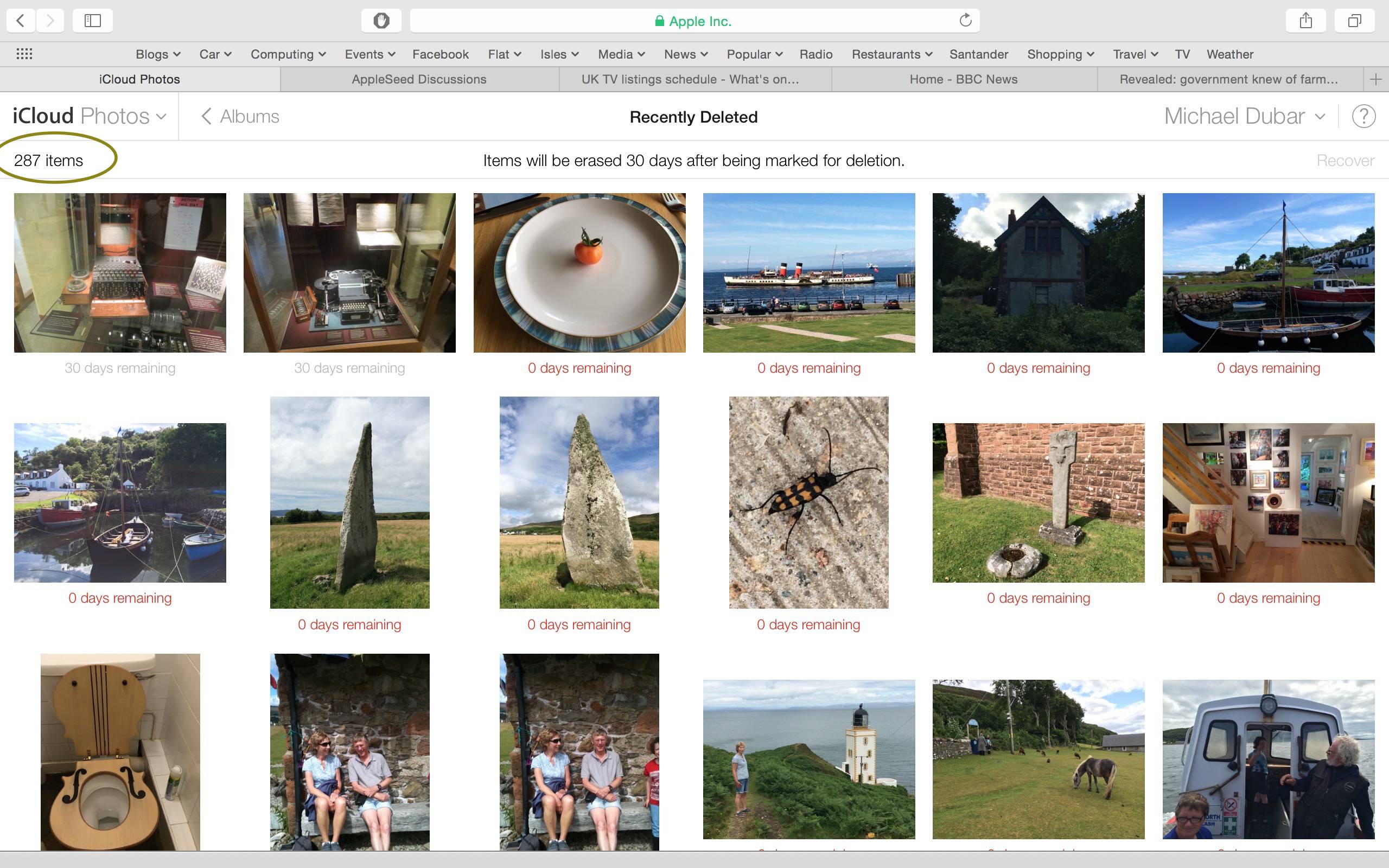 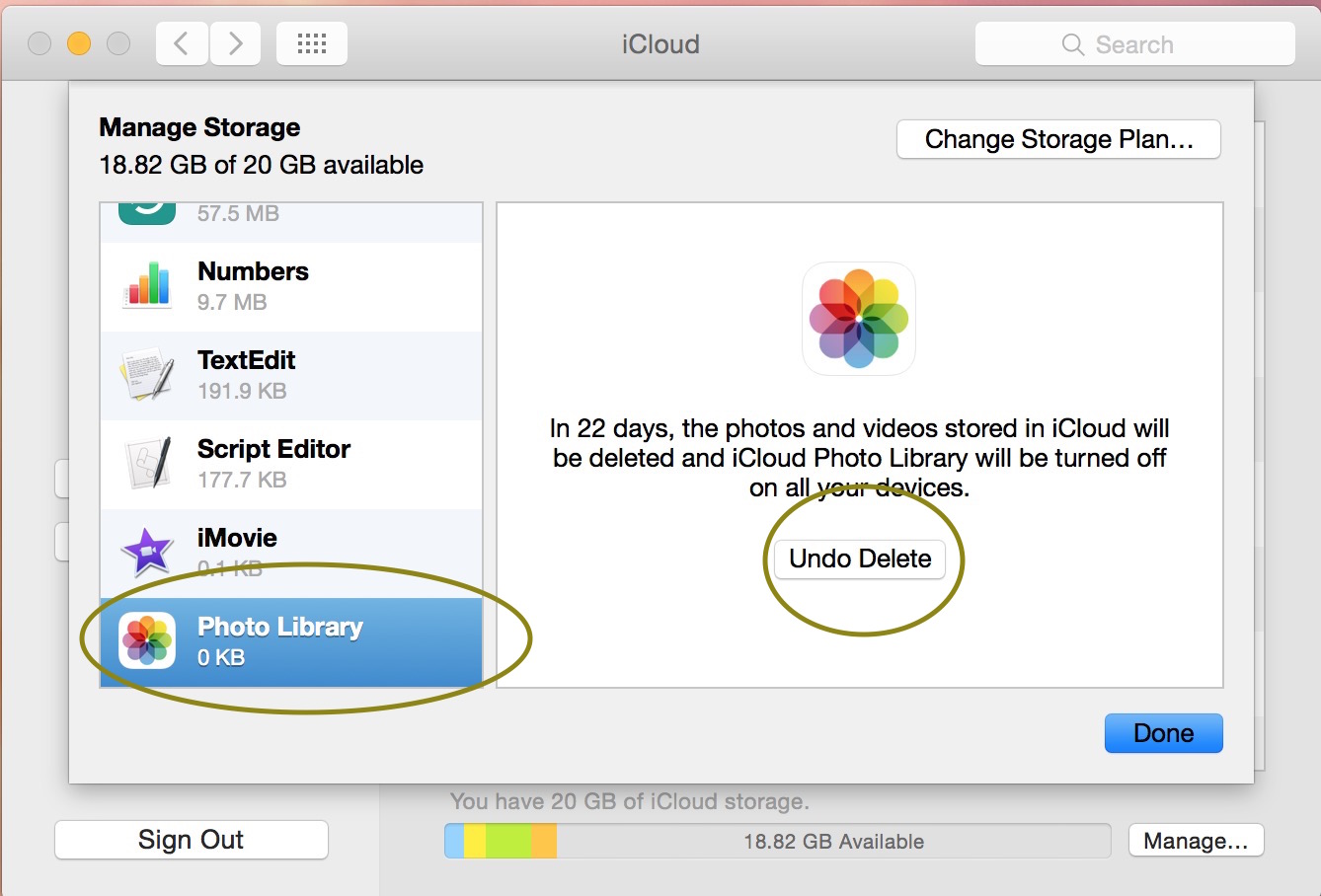 Complete set of obsolete images in one All Events folder 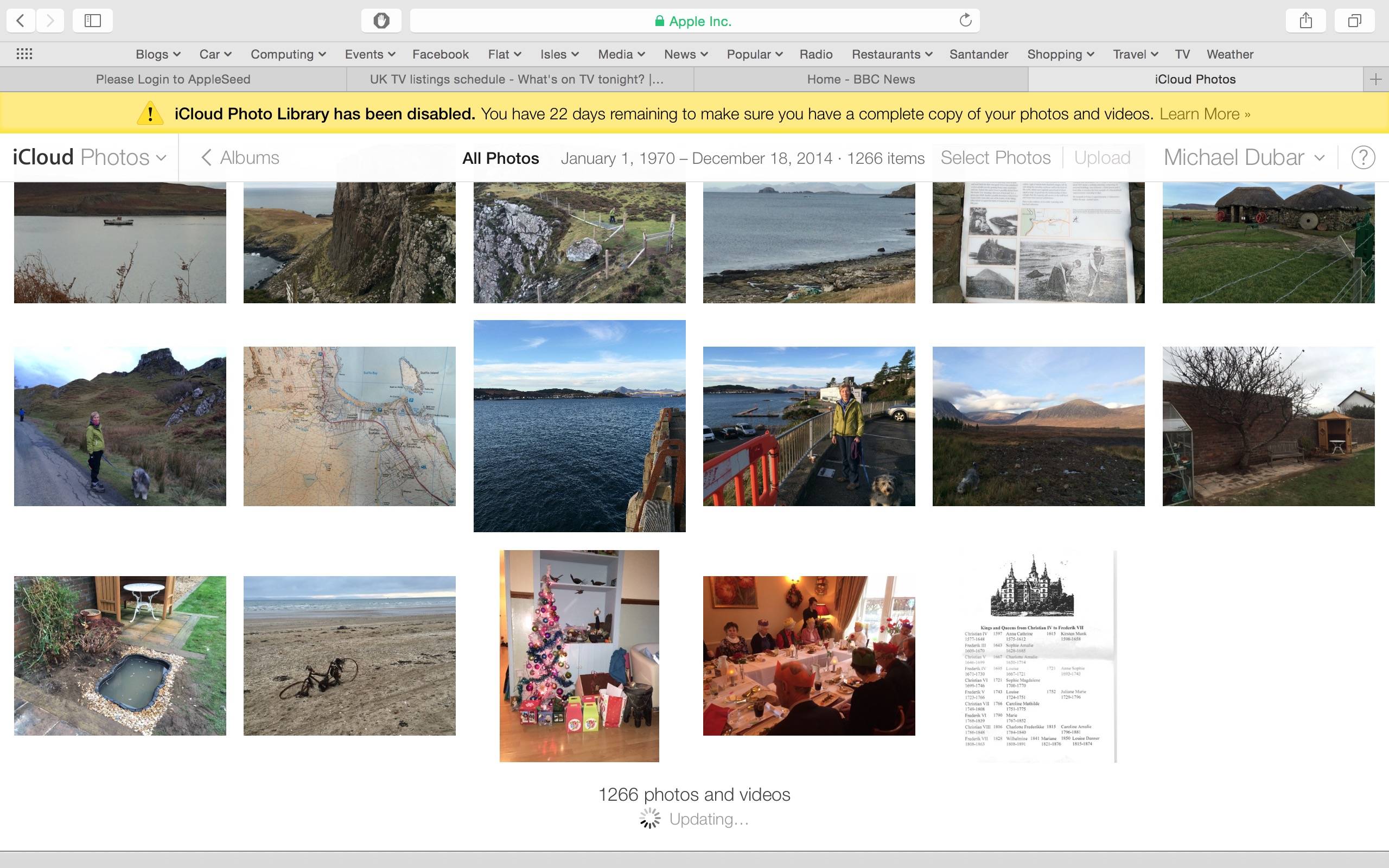 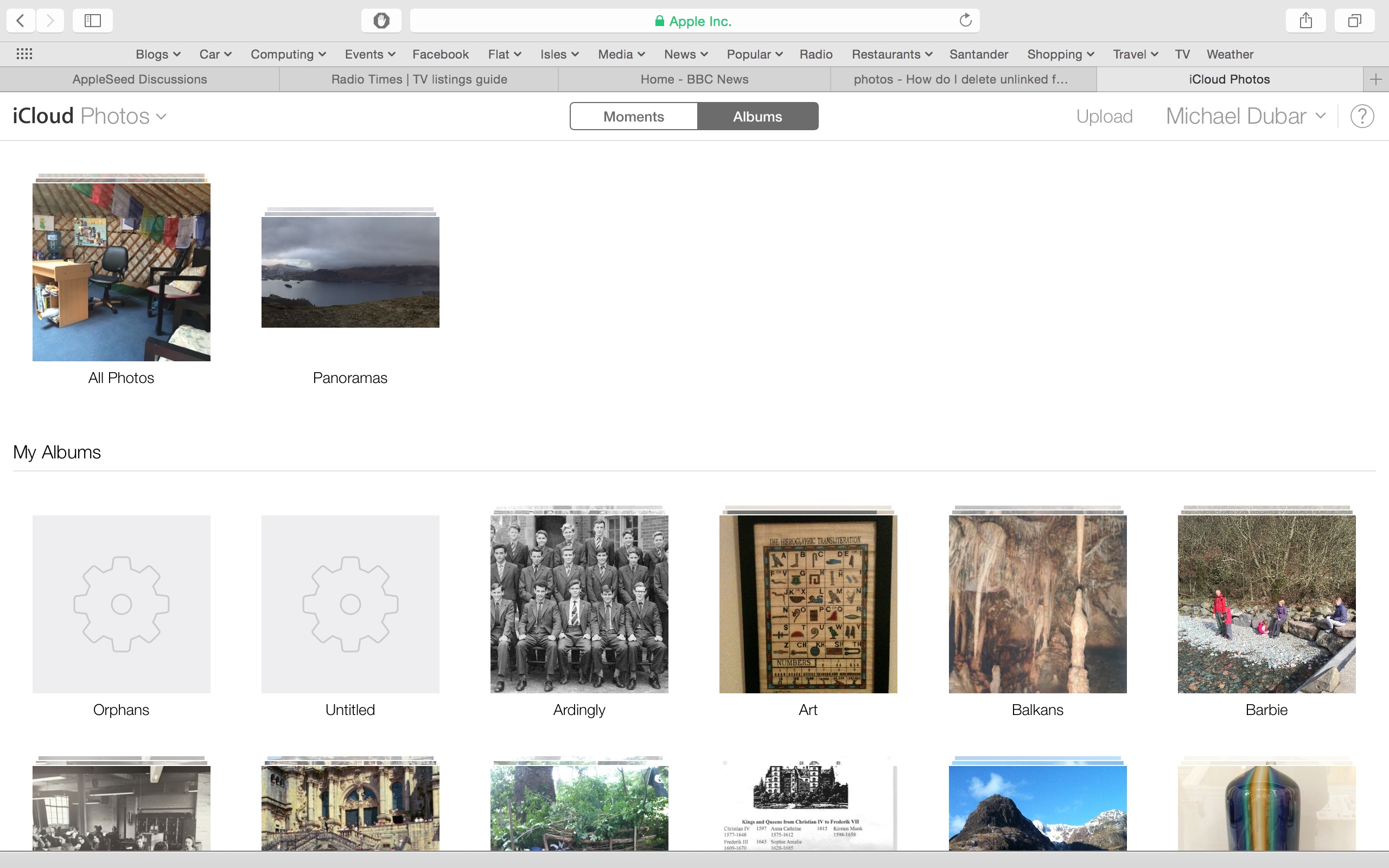 There was also an orphan Readdle Documents folder in iCloud.com>iCloud Drive, after uninstalling the app.

This Readdle Documents folder has been removed from Cloud.com.icloud>iCloud Drive, but remains as a hidden file in iCloud drive on my computer.

I now have an email from the developers at Readdle, saying that:

"It is technically impossible from our side to delete the folder. Only Apple manages this process. I recommend you to try signing out from your iCloud account on your Mac and re-add it. It may solve the issue."

I am reluctant to take any action at present.

Edit: I finally got round to logging out of iCloud and back in again. It has removed the Readdle Documents folder from iCloud Drive on the computer.

PS. The hidden folder appeared right back on to the computer, after a day or so... 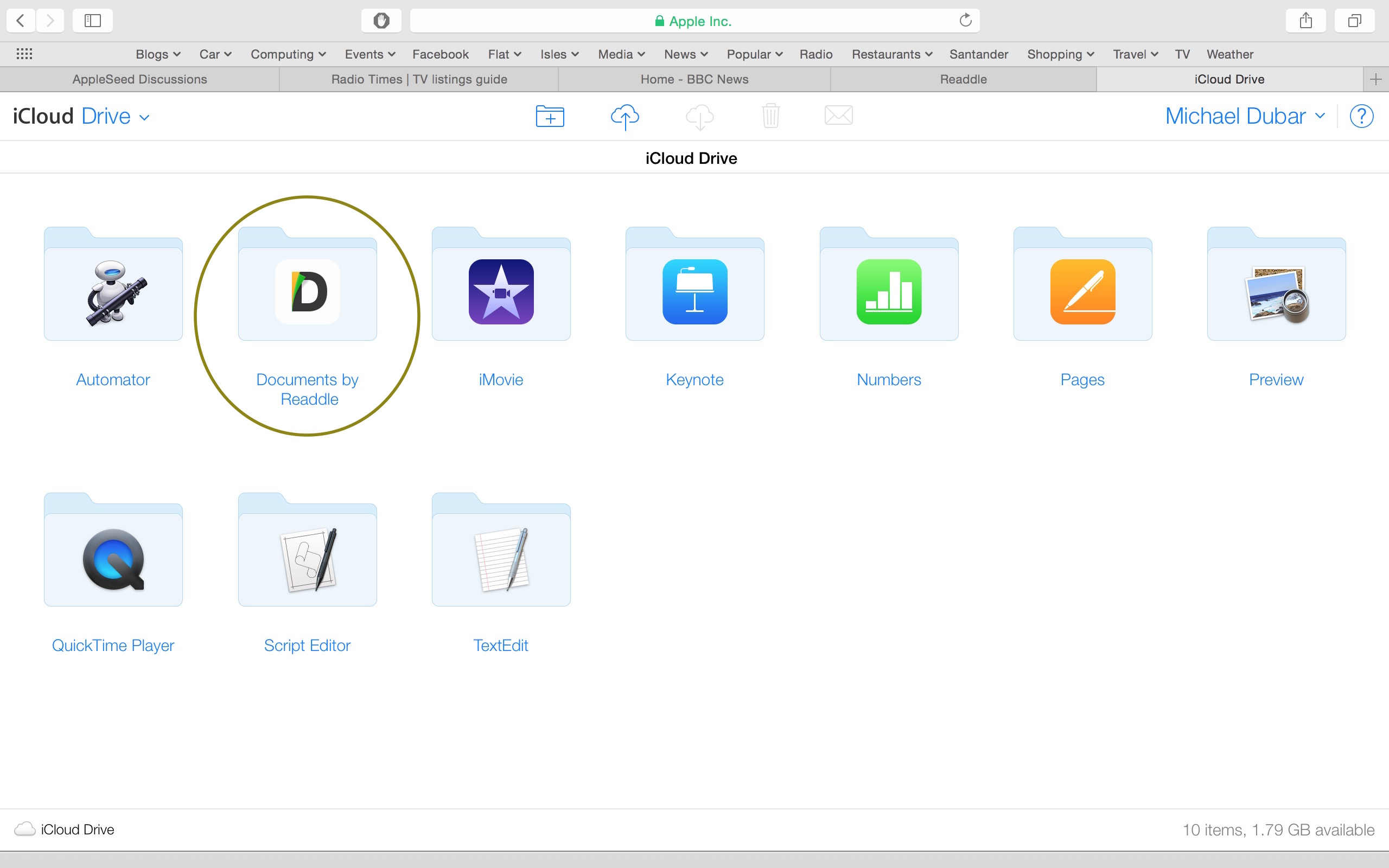 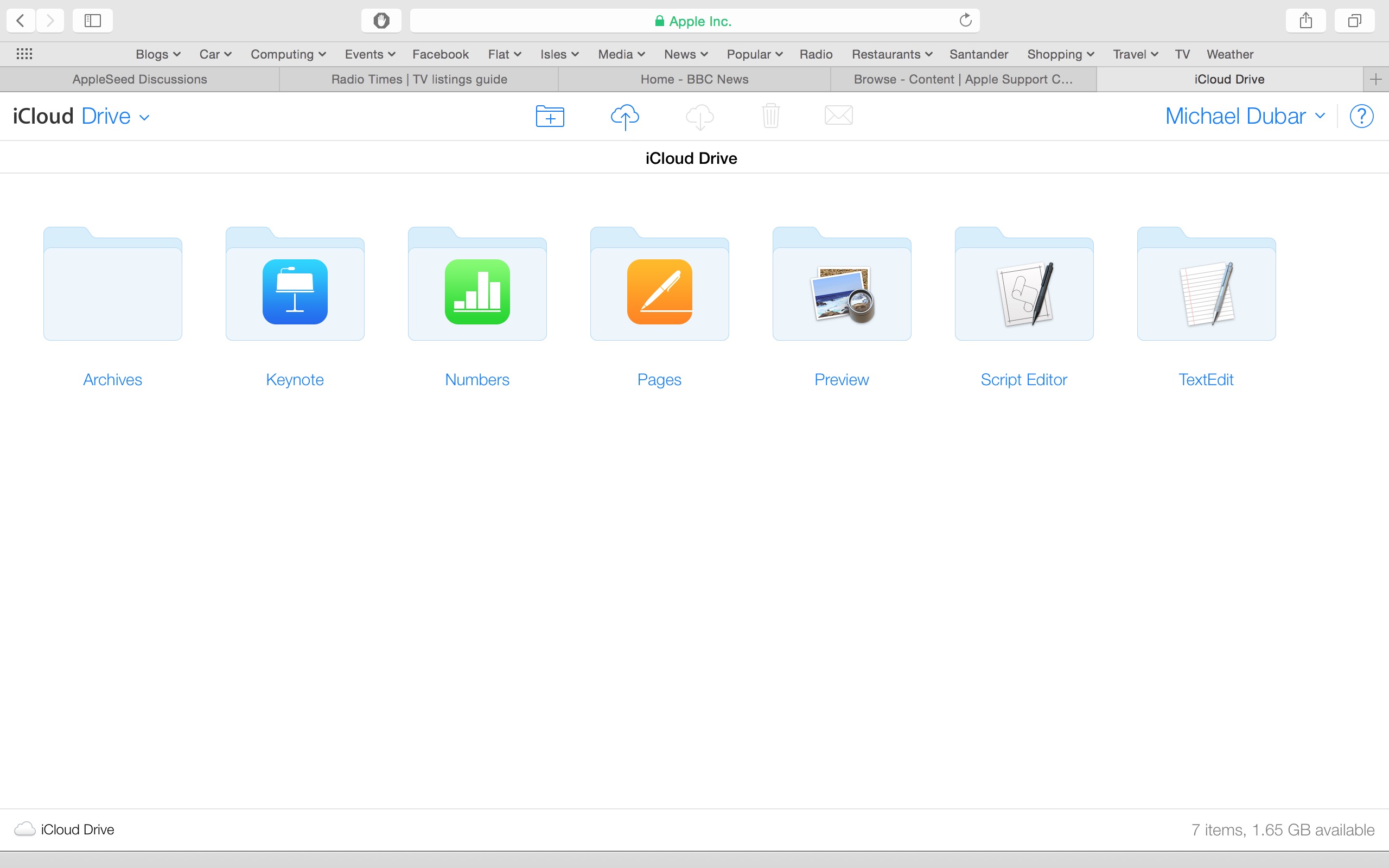 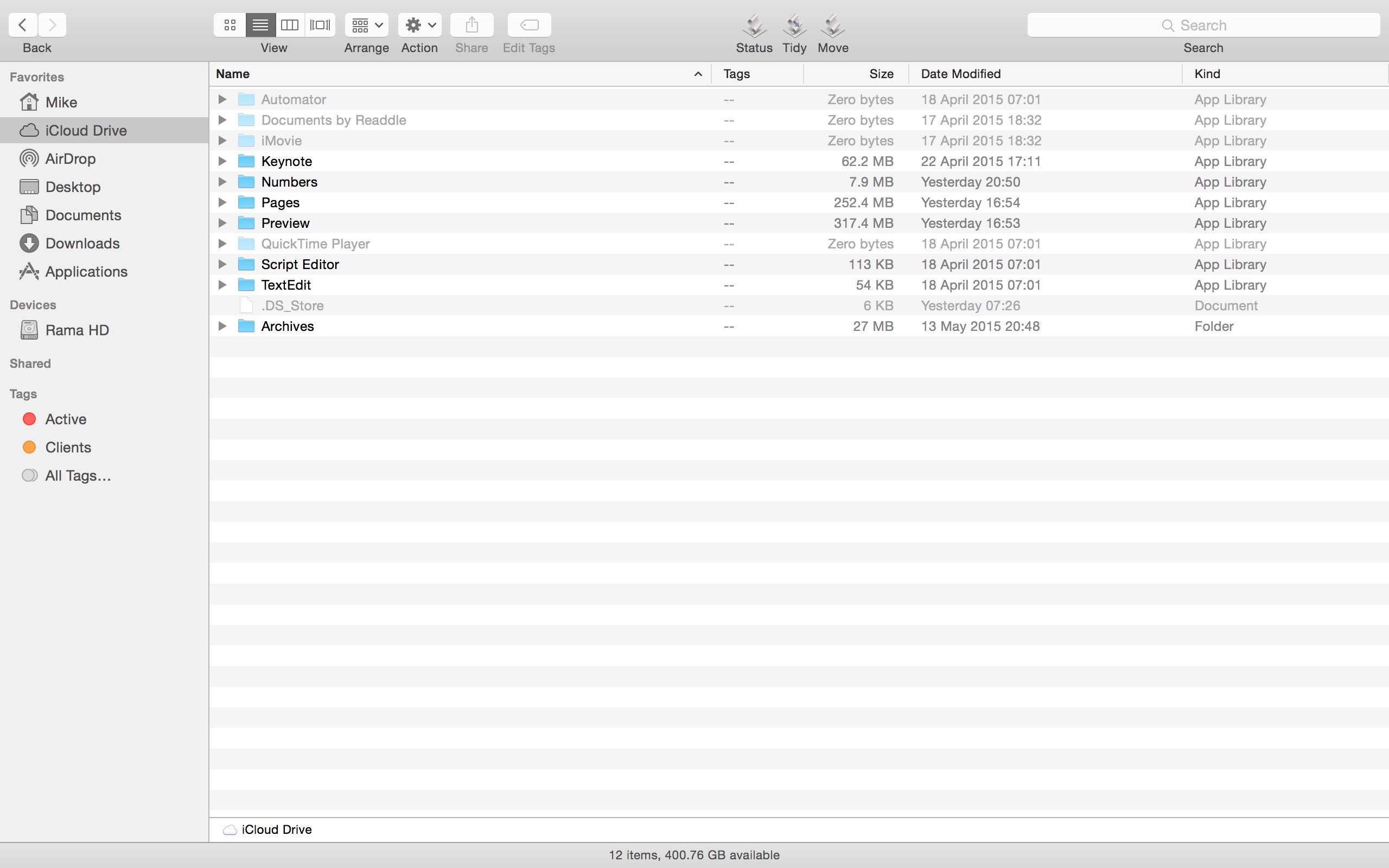 Not the answer you're looking for? Browse other questions tagged macos ios finder icloud .