How can I rename desktops in Mission Control? [duplicate]

Ask Question
Asked 10 years, 10 months ago
Modified 8 months ago
Viewed 46k times
56
This question already has answers here:
How can I rename Desktops / Spaces in macOS? (13 answers)
Closed 9 months ago.

No, there is no way to do that in the current build. Well, sort of. An example is if you have iTunes open in fullscreen in a separate desktop, and go to mission control, the desktop will be called iTunes.

There's an app (in the Mac App Store) that lets you name Spaces via the menubar.

It's different than naming them in Mission Control (they don't show up there), but the names are persistent and the app lets you set a custom icon in the menubar per Space, for a quick visual reference of what Space you're in. Why not in Mission Control? Because macOS public APIs are limited, and this app is delivered via the App Store.

It may be what you're looking for. Full disclaimer: I'm the developer of the app, called CurrentKey Stats. It's completely free in the App Store.

The app also lets you jump directly to another (named) Space via its dropdown menu or via global hotkeys. B/c Apple lets you have up to 16 Spaces per screen, this is handy in navigating between them. 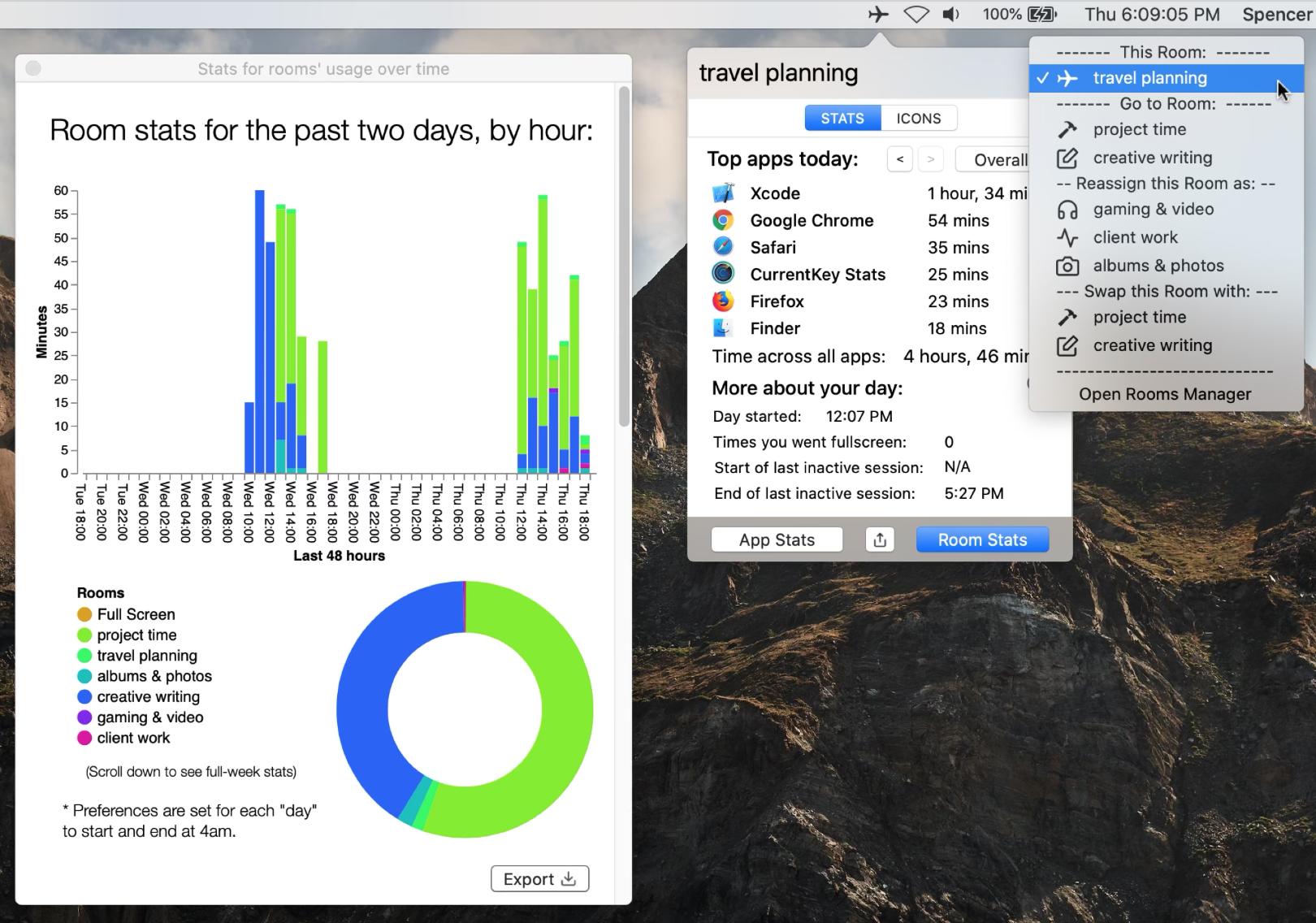 It is possible to rename spaces using an app called Spaces Renamer. It is available on GitHub for free. I am unsure if it can change the "default" name of desktops as you requested, but it can customize the name of desktops you already have. Please check the below screenshots for an example.

The compressed view after pressing F3

The expanded view after hovering

The interface for renaming the spaces

Please note that to use it you have to disable System Integrity Protection to use this tool. You'll need to download MacForge to use it. All of the installation instructions are on the GitHub page.

It does not work for the time being on macOS macOS Big Sur due to increased system protections there. Only time will tell if it will be supported there. However, it works perfectly fine on macOS Catalina.

A different way to "name" or "identify" different desktops is by changing their wallpapers, as desktops can have individual wallpapers. However, this unfortunately will not be helpful if you have applications and windows that are covering the whole screen area.

Not the answer you're looking for? Browse other questions tagged macos spaces mission-control .

5
What will cause spaces to rearrange in Lion?
1
Mavericks: Can I create a second screen with keyboard shortcut like spaces allowed?
1
Forced switching between Spaces when opening Microsoft Office files
4
Can't create a new desktop workspace?
140
How can I rename Desktops / Spaces in macOS?
4
Command+TAB (⌘⇥) to switch to most recent window (even on different space)
21
How to make fullscreen windows appear next to the current space with "...rearrange spaces based on recent use..." disabled
3
Open fullscreen apps to left of Desktop 1 space
1
Cycle through pair of spaces for two screens with one keyboard shortcut