To solve this extra window bug in Yosemite?

I have got this kind of glossy window on top of other windows regularly in OSX Yosemite 10.10.2, two times per month approximately. You cannot press anything there. It blocks the user interface completely. To restart the system fixes the problem temporarily. The window stays there although you switch a program. 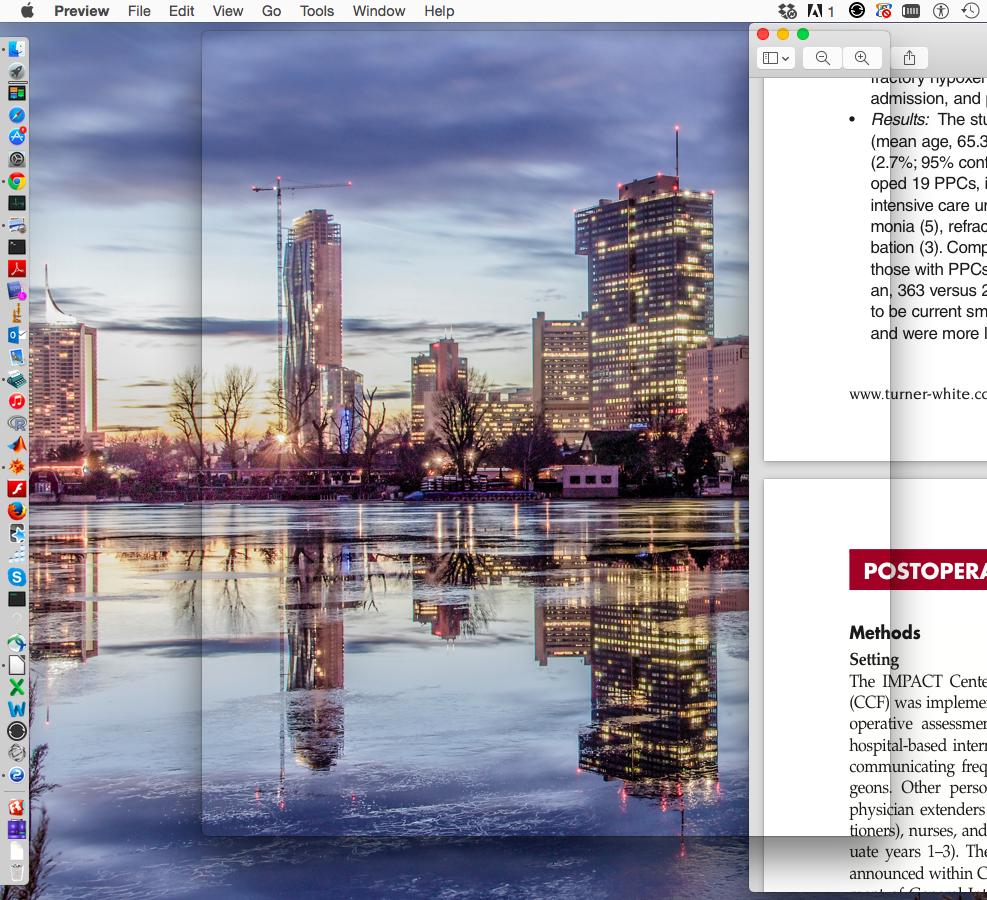 I do not understand the cause of it, but I have produced it in Macbook Air 2013-mid and the newest Macbook Air so probably the problem is in the software.

I do not know if some programs can interact for this bug. Used applications at the time of appearance of such a bug

How can you solve this bug in Yosemite?

I filled a bug report to Apple to solve this buffer corruption problem, made here. The only workaround is to log out of the Mac and then log back in. That typically clears the graphics frame buffers. If not, a reboot will recover from the failure, but not prevent it from happening again. 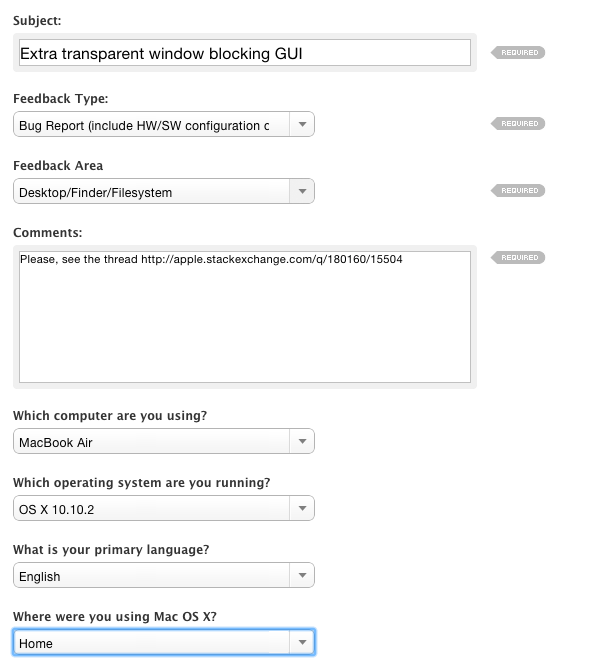 Not the answer you're looking for? Browse other questions tagged macos bug ui .

4
How to solve the flashlight and camera bug in iOS7?
9
Very slow performance under Yosemite on Mac mini caused by systemstatsd
0
Recurring window manager performance issues in 10.10.x
0
Slow indexing and/or hashing in nearly low memory in OSX
0
Should I reinstall the operating system on Mac Book Pro if I get lots of crashes?
1
Chrome graphical glitches in Yosemite
1
How to reset sounds in Yosemite 10.10.3
0
macOS: What is this mysterious white window?