MacBook Pro (Retina, 15", Late 2013) is crashing frequently. Specifically, for about five seconds, the screen dims but does not turn off and the backlight on the keys remains on, and then the computer turns off. When I turn the computer on, I have to select the user, enter the password, and login, after which applications start normally. There does not seem to be a pattern to when it will crash. It has crashed less than a minute after restarting, during Internet browsing, and while using R Studio (for statistical analysis). It seems to crash more frequently when it is not connected to the power supply, but it also crashes when it is connected to the power supply.

To troubleshoot, I deleted applications that were in preview (Microsoft Office 2016 and R Studio 0.99), updated all applications and deleted one I recently installed (Fantastical), and ensured the operating system was updated to OSX 10.10.2. This didn't work as the MBP crashed soon after, so I then decided to erase the disc and reinstall the operating system. This didn't work, either, as it still crashed multiple times within the first 6 hours of use.

As a result, I brought the computer to a local Apple repair shop, who ran diagnostics, and also erased the disc and then reinstalled the operating system. They found no issues and moreover were unable to reproduce it, which led me to post here. They reported on the invoice that it "passed all AST diagnostics." Apart from bringing it back to the repair shop in order to try to reproduce the issue, I'm not sure what to do to fix the computer. I do wonder if there are logs I could access or if anyhow has an idea about what could be the cause of the computer crashing?

EDIT: Here is a screenshot of part of the console log from when it crashed earlier: 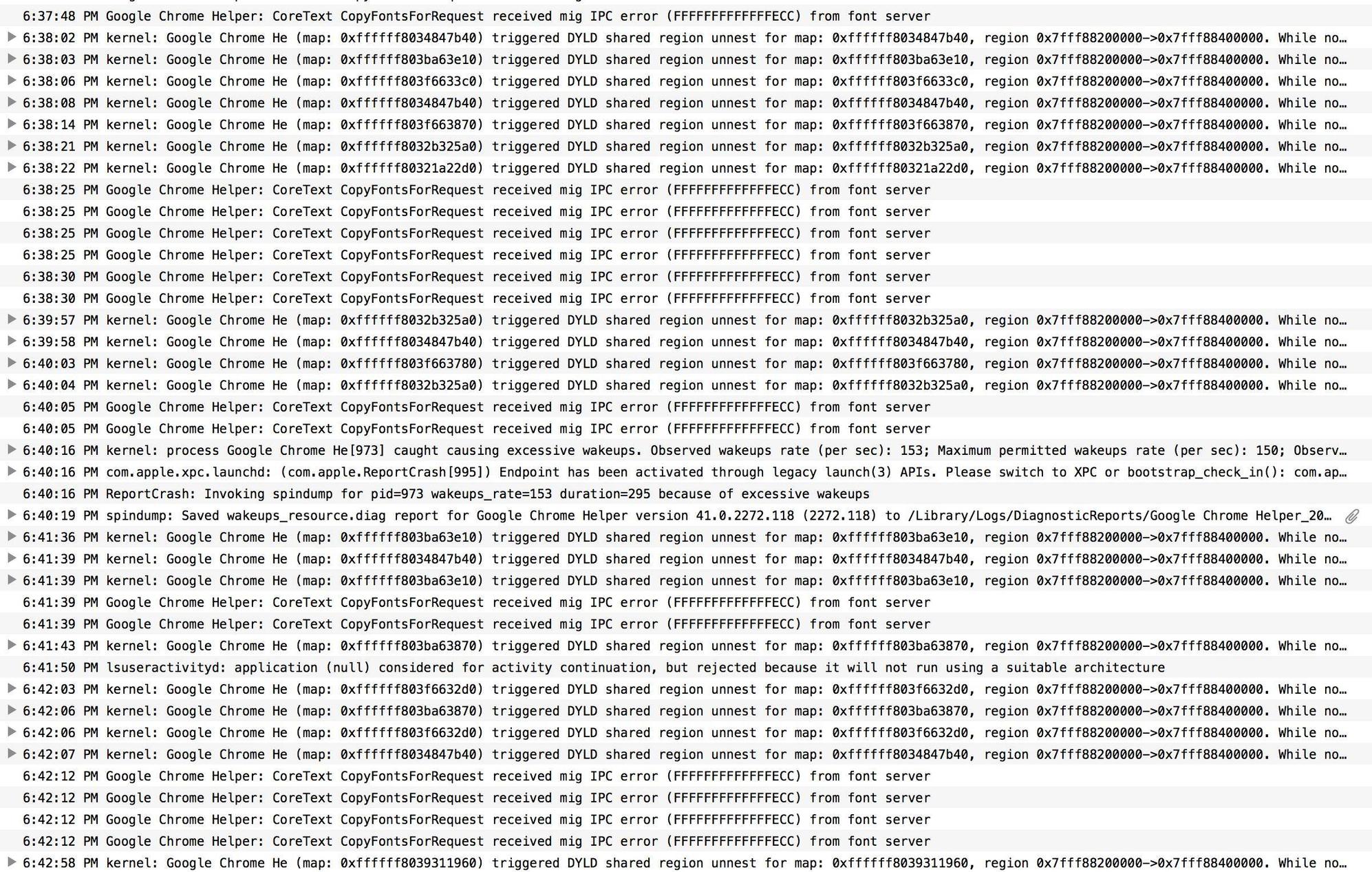 EDIT (Take II): Here are two more screenshots of parts of the console log from when it crashed: 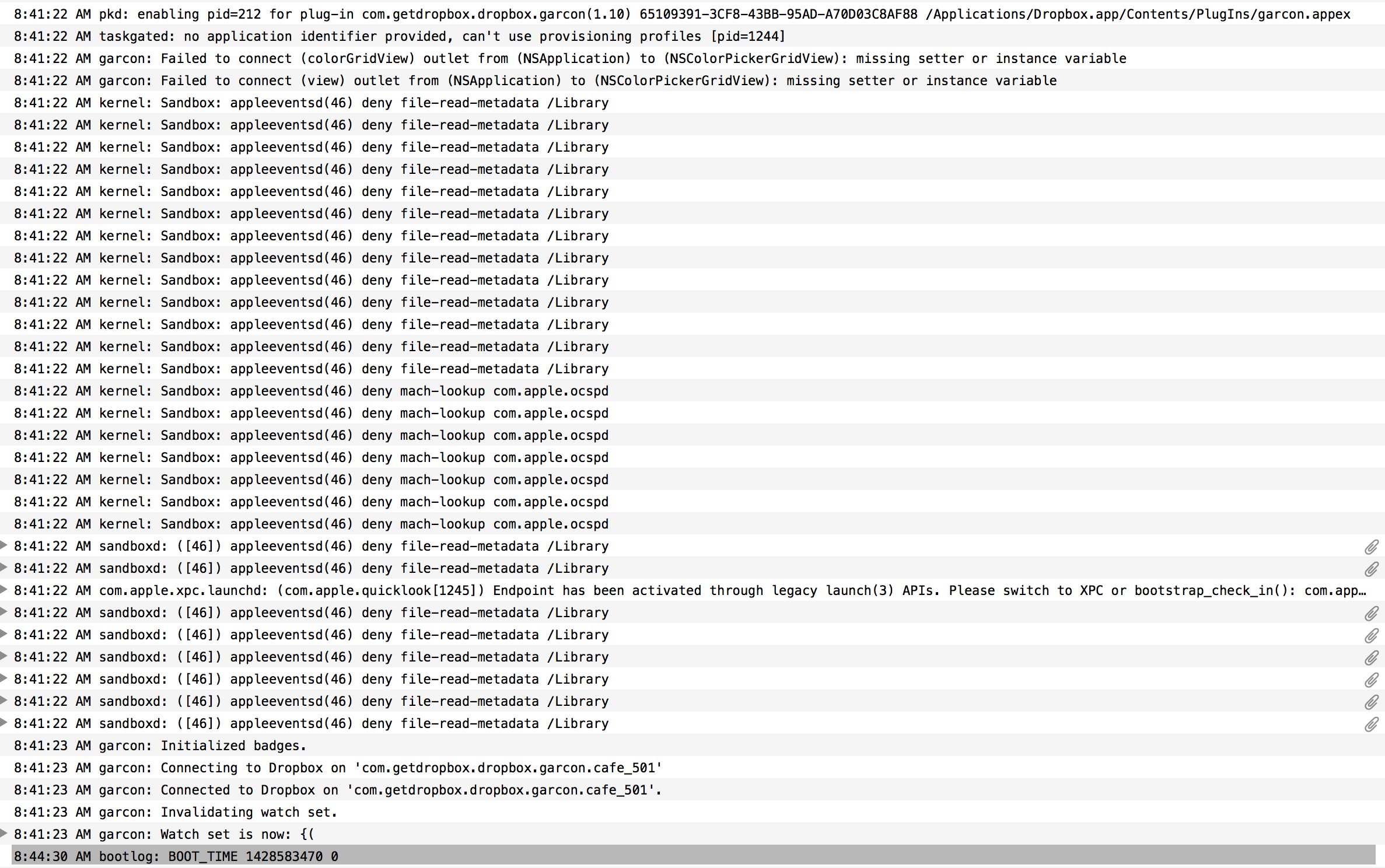 In this log it is the Google Chrome Helper creating havoc.

I do not know why, but you can safely kill it for time been.

To do that open your Activity Monitor located in your Utility Folder.

Use the x in top left to shut it down.

Not the answer you're looking for? Browse other questions tagged macos macbook-pro crash .