As a matter of fact, my 1 TB External hard disk has three partition: "MAC OS", "NTFS" and "FAT32". All of the partitions worked very well in the past.

However, I just discovered that my Mac OS Extended (HFS+) formatted "MAC OS" partition could not be mounted, although the other two partitions were seemingly fine. I tried to repair the partition with Disk Utility but it failed. I have no idea why this had happened to my hard disk, since I have not done anything disruptive to my hard disk and my MAC OS partition.

I have only done two things before I discovered that my MAC OS partition was no longer working:

This is what I got when I did the "diskutill info" on Terminal: 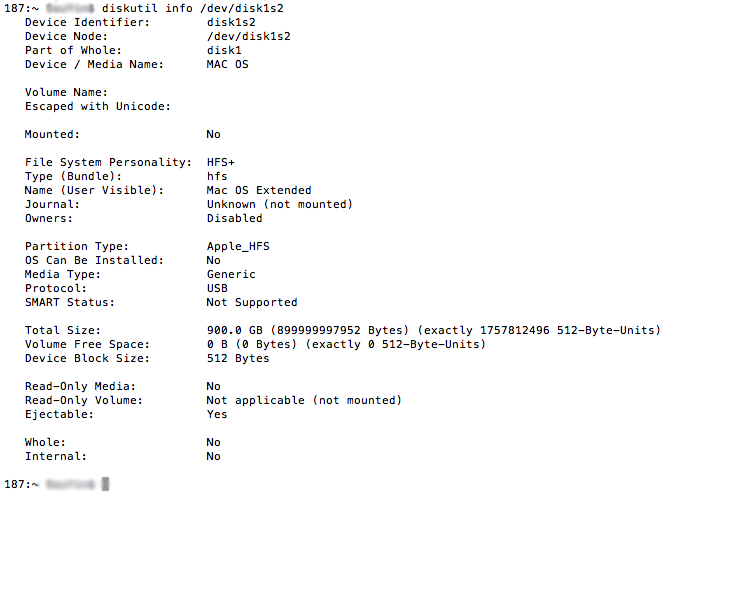 This is what I got when I tried to repair my partition: 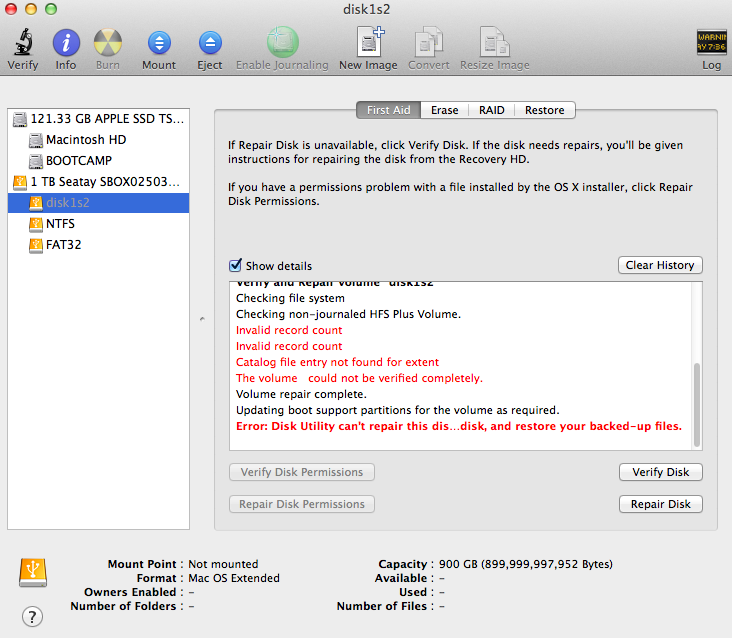 How do I solve the problem and recover my "MAC OS" partition and get my data back?

Got it back when giving even the hfs+ partition a drive letter in Windows drive-management, did a chkdsk there. (It was an external usb-drive 3Tb)

Not the answer you're looking for? Browse other questions tagged mac partition external-disk hfs+ filesystem .