Can't a Macbook Pro work properly on integrated GPU only?

For a couple of weeks, I've been having kernel panics in my MacBook Pro (Early 2011, Yosemite), mostly doing zoom operations using QuickView and Preview.

A couple of times, it had problems rebooting, until finally it only rebooted to a grey screen.

I installed gfxCardStatus to prevent it to switching to the discrete GPU at any time, and things seemed to go smoothly for a couple of days. But one day it had a kernel panic when waking up from sleep.

Booting in verbose mode showed no indications of what the problem could be, but I suspected it was a video card issue. I've known that this model of MBP had problems with defective AMD Radeon discrete GPUs. I know Apples is repairing eligible machines, but I live in a country where perhaps that wouldn't be possible.

I decided to prevent the laptop from using the AMD GPU and use the integrated intel chip instead, I moved this drivers out of the /System/Library/Extensions/folder:

It wouldn't boot up after that either, so I moved this ones also:

After that it did boot up, but the screen shows thin horizontal blue stripes all over as well as some other glitches and overall sluggishness.

Detail of stripes (there's some unavoidable Moire pattern in the photo, but the thin blue lines can be appreciated in the darker parts): 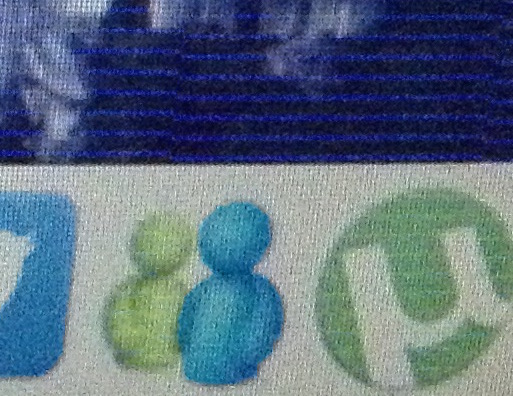 I just want my Mac to use the integrated Intel GPU and forget the discrete ADM Radeon card altogether. Other machines, including Apple machines, don't have a discrete GPU, just an integrated one, and they work fine for day-to-day, non-graphic-intensive tasks

You can achieve that modifying certain EFI variable. I answered this other question with the full procedure to permanently disable discrete graphics card on startup and have a fully functional machine.

That seems not to be going well.

First check this out: http://www.apple.com/ca/support/macbookpro-videoissues/

Next I would suggest:

put all ATI/AMD drivers back to /System/Library/Extensions/

Not the answer you're looking for? Browse other questions tagged macbook-pro kernel-panic gpu .

61
MacBook Pro: How to disable discrete GPU permanently from EFI?