Is there any free SSH GUI client for Mac OS X? Coming from Windows I would be happy with something as simple as Putty.

I’m aware of similar questions posted here but I haven’t found a good alternative covering the requirements in items 2, 3, 4 and 5.

Most OS X users don't use "ssh GUIs" because OS X ships with a very good Terminal application. This is unlike Windows where the cmd.exe or even a PowerShell are not friendly command line interfaces to remote servers.

In OS X, you can just fire up Terminal.app and ssh from the command line with:

You can use a more advanced terminal application like iTerm2 and it will allow you to save "profiles" that, when called up, automatically run a set of commands in the terminal for you. You can use these to automatically start ssh connections (which can be interactive terminal sessions or stunnels): 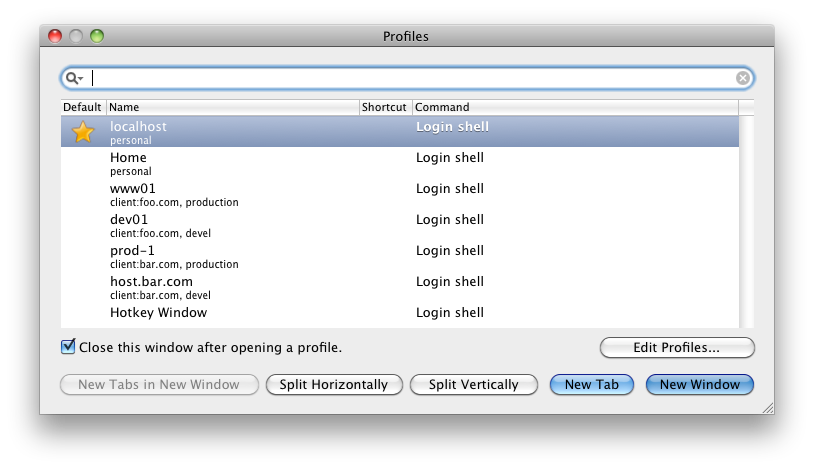 You can start and stop stunnels from the command line as well -- after all, these are just ssh connections that open a local port and forward requests to a remote server. For example:

Private key authentication schemes are supported by the ssh command line that ships, default, with any OS X version.

You may try iTerm2

Not the answer you're looking for? Browse other questions tagged macos software-recommendation ssh .