Goole Maps on my iPhone have has stopped changing the orientation of the map in cycling mode.

The first image is a screengrab of Apple's maps. You can see the arrow is the same direction as the direction im going.

The second image is a screengrab of Google Maps. I cant get the map to update as I make turns so that the arrow is the same direction as me. Im talking about how car GPSs always work. 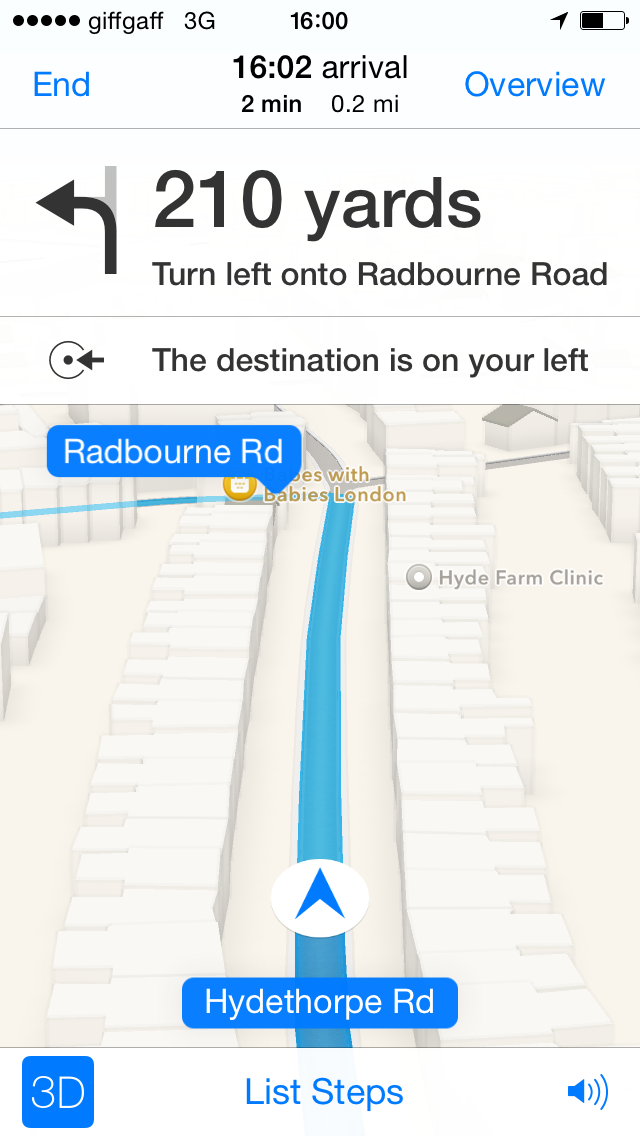 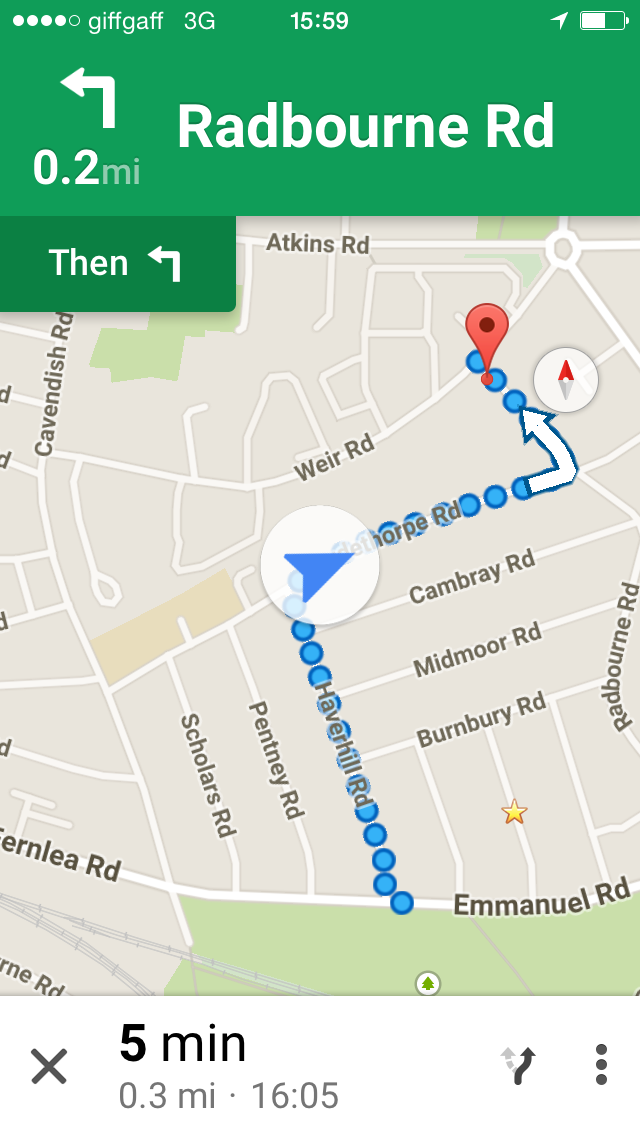 Tap the 'North Up' symbol, then the next view will go back to Head Up.
[I can't check 'live' as I'm sitting at my compy, but that works for static route lists.]

Not the answer you're looking for? Browse other questions tagged iphone google-maps .

3
Getting the longitude and latitude from Google Maps
3
is there a Cydia tweak that will make Google Maps the default map app?
0
iPad and iPhone Default to Driving Instructions in Google Maps Would Like Default to Map
0
Is there a way to force an update to Google Maps' offline maps on iOS?
13
Open addresses in google maps instead of apple maps
3
Maps vs Google Maps data consumption
0
Default browser in Google maps on iPhone