Activity monitor shows me that I have 11Gb wired but only 5Gb used for 2 processes (others are neglible). Where are other 6GB? When I try to start new virtual machine with 500M RAM it says that I do not have enough so looks like this memory is indeed used.

Update: It turned out that Parallels was using 12Gb for windows by default. Still I don't know where to look for actual memory usage. 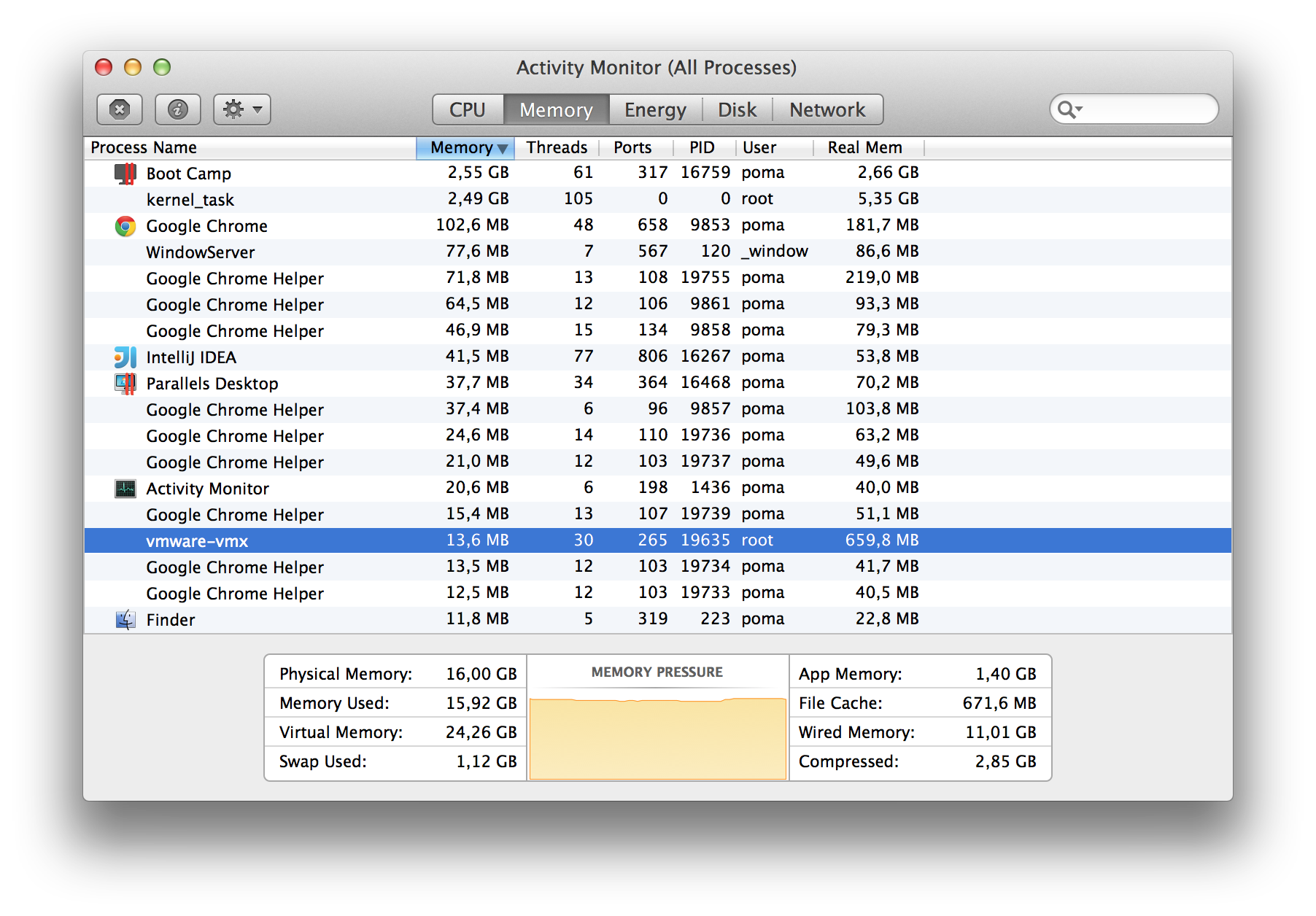 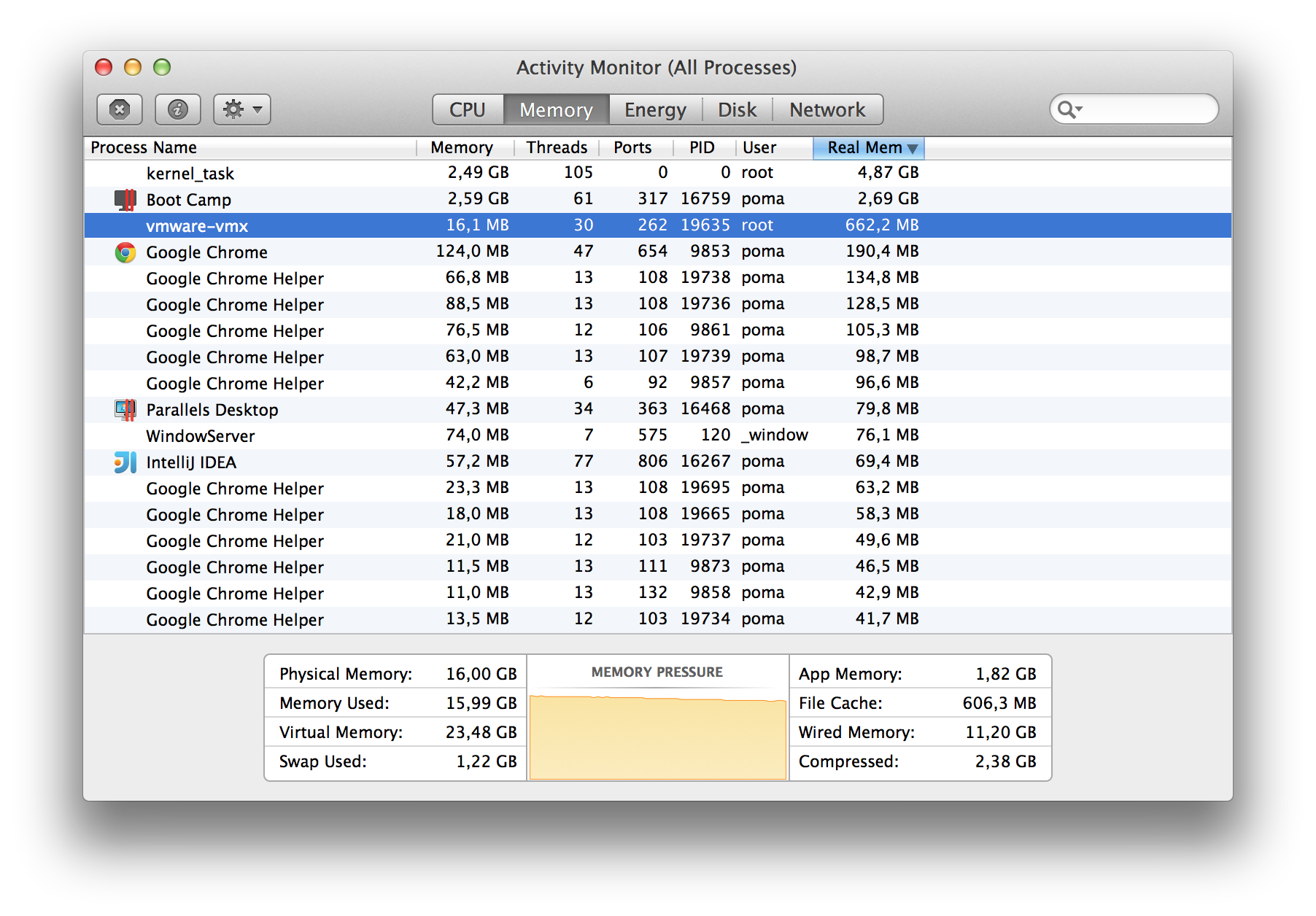 Difficult to find any hard and fast sources here but I think the problem you are seeing is because you are running two hypervisors at the same time.

There are various places online where you can find people discussing problems when people try to run various combinations of Parallels, Fusion and VirtualBox at the same time.

I thought this post from one of the VirtualBox developers was particularly interesting:

VT-x [the virtualisation tech inside Intel processors] is designed such that there can only be one entity using it at a time. That's why you can't use VT-x when it's already in use by, say, Hyper-V (and why Type 1 hypervisors suck :P ).

One relatively minor difference with OS X is that it's currently the only OS which has APIs to enable and disable VT-x. Windows/Linux/Solaris just don't care and everything is up to the hypervisor. But that is really a minor difference.

The short story is that VT-x is not designed to be shared (that's meant to be a security feature). Because operating systems typically do not offer VT-x management APIs, one and only one hypervisor "owns" VT-x on a given logical processor at any moment. The way to "share" VT-x is to initialize and un-initialize VT-x (aka enter/leave VMX root mode) around every execution of guest code. Hypervisor A comes in, enables VT-x, runs guest code, disables VT-x. Hypervisor B does the same. If both/all hypervisors do this, VT-x can be "shared".

So my guess is that the two hypervisors are trying to share the virtualisation features of the Intel chip in your machine, but one (or both) of them has caused the system to loss track of the resources on your machine.

I'd try closing one and then the other to see if the memory figures return to something normal. If closing both doesn't help, I'd reboot and start again.