Time Machine often says, “No Backups for # Days” even though it should back up every weekday

I have a late 2014 MBP that I hook up to power and an external hard drive at work every weekday for 8 hours. I've been running Yosemite for less than a week, and before that I was running Mavericks. 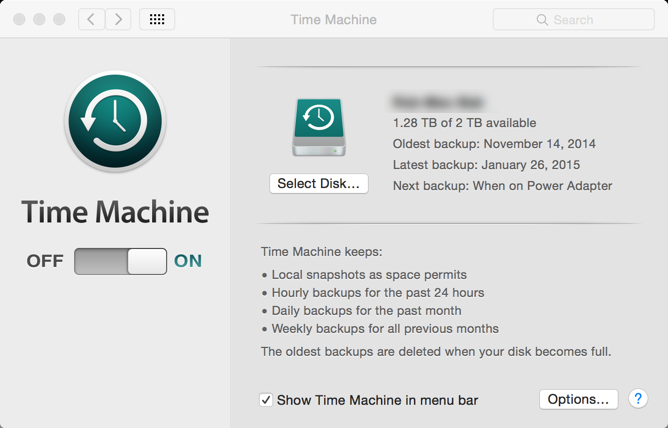 Time Machine only seems to complete a backup once or twice every 2 weeks. Today I got a message that said, "No Backups for 10 days." I see similar messages all the time, and I think usually they say there haven't been any backups for 5 or more days. If I open Time Machine, I can see numerous entries in the timeline for the past several days--I assume these are the "snapshots."

What could be causing Time Machine to fail to complete for so many days in a row? Is there something I can do to improve its success? If not, am I at least safe as long as it completes once in a blue moon and shows recent snapshots in the Time Machine app?

Edit: after connecting at work today, the Time Machine settings dialog said something to the effect of, "Next backup: when disk is connected." I unplugged the disk, then plugged it back in at 1:57 PM and it changed to, "Next backup: Today, 1:47 PM." I still don't understand why it doesn't seem to detect the disk when I initially connect it.

Are there any console errors?

I would start with removing the plist, reboot, try again /Library/Preferences/com.apple.TimeMachine.plist

Not the answer you're looking for? Browse other questions tagged time-machine backup .