From my understanding, the newest apple computers boot Windows in EFI mode. Traditionally, Windows has seen the boot disk as an MBR partitioned disk. In fact, the boot disk (i.e. /dev/disk0) has aways been partitioned as a GPT disk. I would like confirm there has been a change.

To be specific, open a Command Prompt as an Administrator and enter the following:

Note: When entering the diskpart command, it can take a while before the first prompt appears. This is normal. Be patient, the DISKPART> prompt will appear. 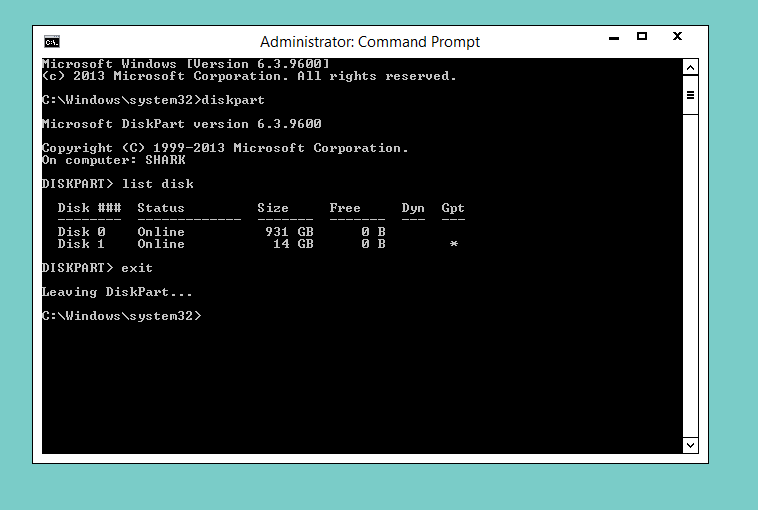 In the above illustration, Disk 0 is the internal hard disk partitioned as a GPT disk. To Windows it appears as an MBR partitioned disk, indicated by the absence of the * in the Gpt column. Disk 1 is a GPT partitioned USB thumb (flash) drive containing a single NTFS partition.

If you show a * in the Gpt column for Disk 0, could you report back the "model identifier" or "model/screen size/year" of your apple computer. It may also be useful to include the version of Windows and OS X you are using. Apple recommends a standard where there is one partition for OS X and a second Boot Camp partition for Windows. If you are using a nonstandard partitioning scheme, try to indicate how you differed.

If you install Windows with the Bootcamp Assistant from a standard Mac OS X system, Windows always will start from a PMBR/Hybrid MBR partition table embedded in the GUID partition table (Legacy MBR). MBR takes precedence in hybrid configuration even if a EFI boot might be possible.

If you use a non-Bootcamp Assistant EFI install method for Windows (e.g outlined here) Windows will boot in UEFI-mode (compatibility Windows 32bit/64bit) and you will find a * in the Gpt column for disk0.

Not the answer you're looking for? Browse other questions tagged bootcamp windows boot partition efi .