When I double-click, for example, a pdf file which is in the Desktop folder, I'd like it to be opened with Acrobat Reader.

However, if the file is in any other folder, e.g. Downloads, I'd like it to be opened with Preview.

Is that possible? Perhaps through an Automator script?

I created the following APP with Automator and select it as the default APP to open PDF files. 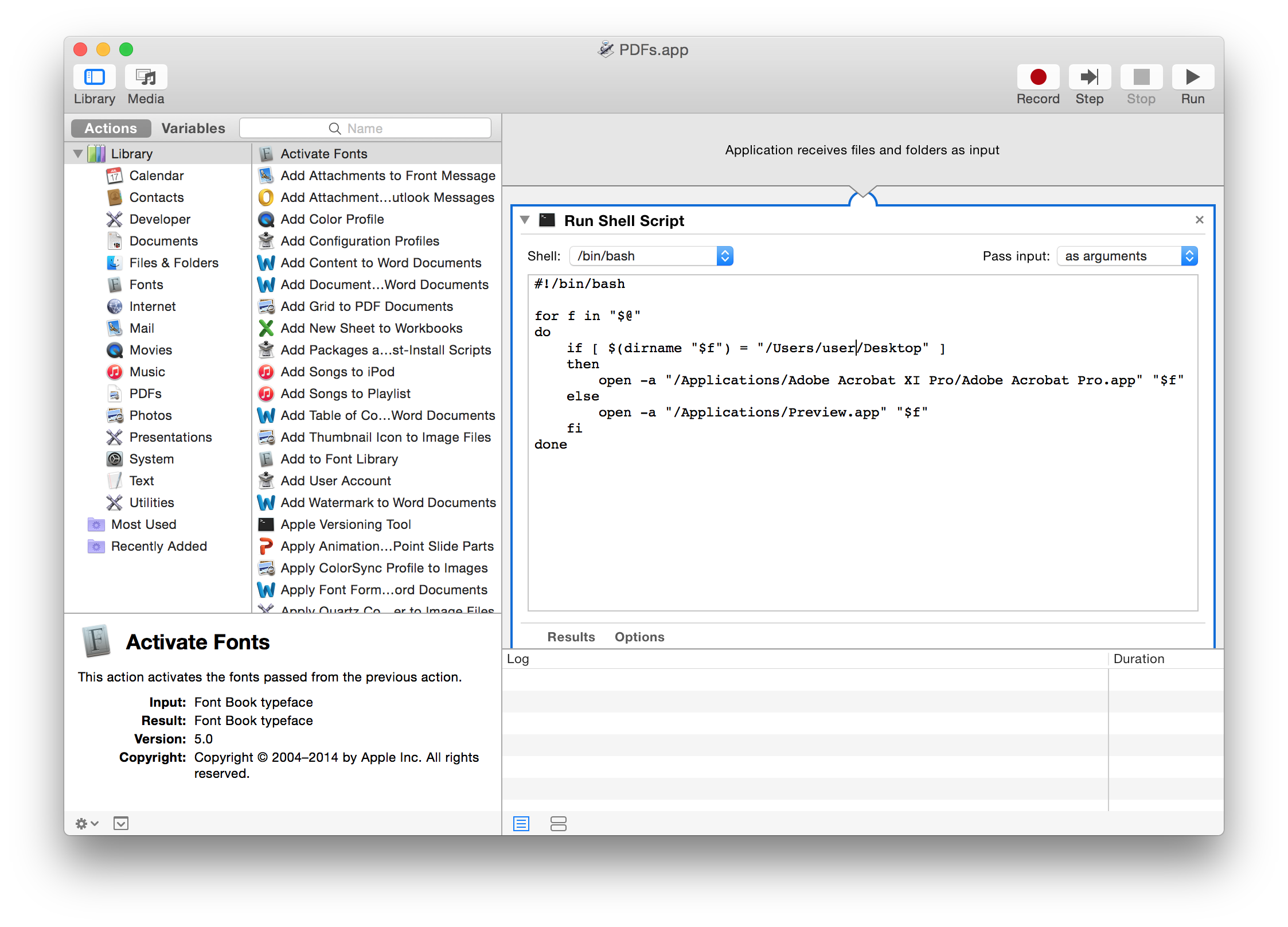 It should be possible. Automator has a Set Application for Files action which says:

A Folder Action type of automator workflow could be set up to detect when new files are added to, in your example, the Desktop folder, which would then need to be filtered down to a specific file type using Filter Finder Items and then set the application for those files.

Alternatively, an paid app such as Hazel could do the legwork on detecting which folders and files you wish to change, and have it run a simpler workflow which would only need to set a desired application on any files it is given.

The problem, as I see it, would be what happens when you move those files out of that folder (in your example, off the desktop)? They would still have their non-default application set. With the above methods, one solution would be to have a separate folder for "cleaning" which acts in the same way, only setting the application back to your chosen default.

I believe it may be possible to do watch for files added to and removed from a folder using the Applescript Folder Actions which can also be added to a given folder, but it's not something I've experimented with.

3
Possible to give Finder back focus after opening and closing file (e.g. in editor)?
23
How do I open a file from Spotlight in Finder?
35
Mac OS X: How to merge pdf files in a directory according to their file names
3
Is there an easy way in Mavericks to share a PDF file directly from Safari into iBooks?
4
Preview Not Opening File - Permissions Issue (via Python)
1
Folder Action for hiding files according to type
0
Open file from the Dock using a non-default app
1
Is it possible to make a folder look and behave like a file?
1
How to systematically change a default app for files in a given folder