I'm trying to figure out a very vexing bug (which might well be a mobile Safari issue) where opening a URL from an app is causing the page to load with a large negative scroll value and only the Smart Banner appearing. 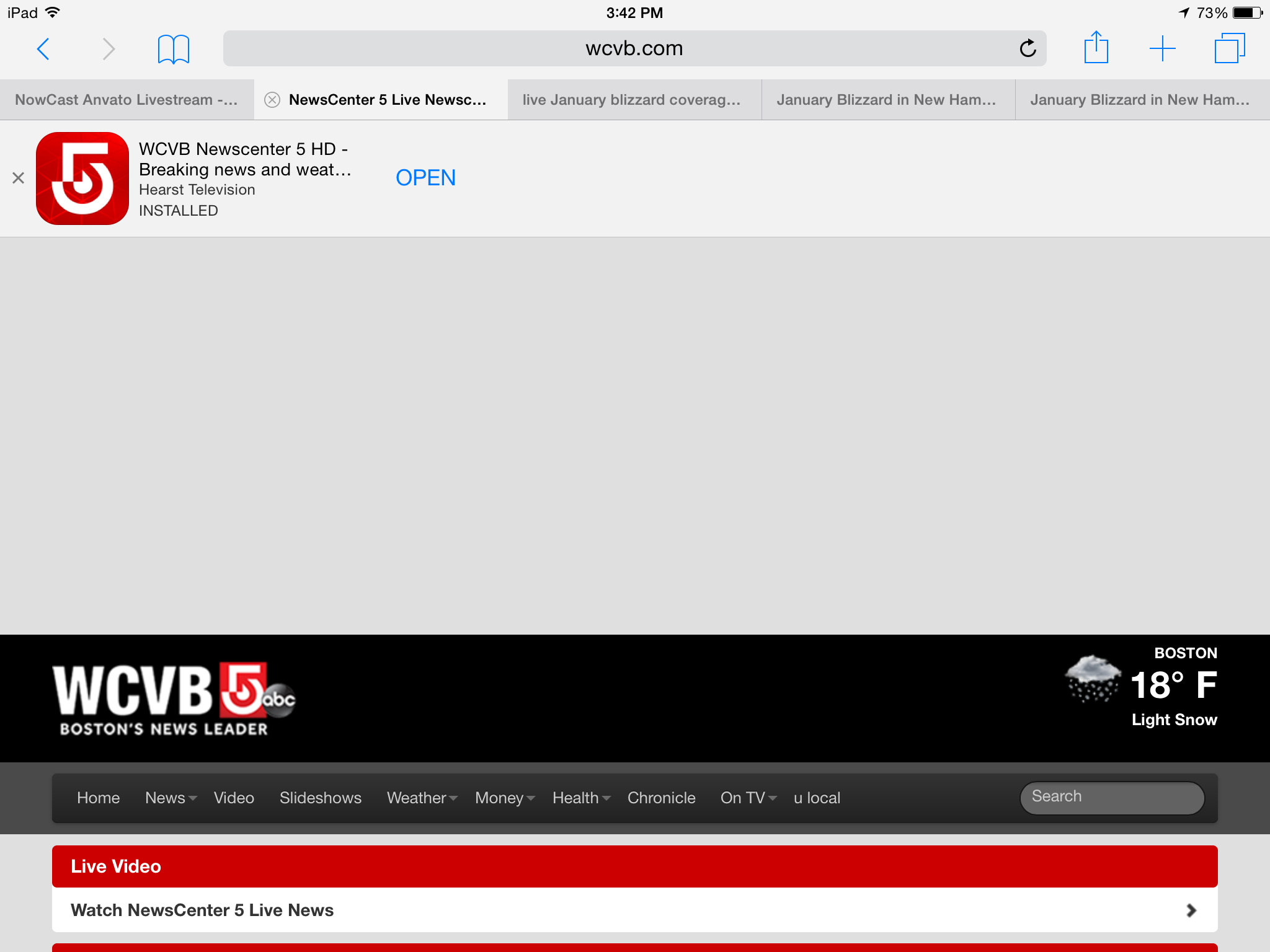 The page does not have any scrolling-related javascript executed on page load. Everything appears as expected in the DOM, but when Smart Banner is enabled, this scroll issue happens somewhat sporadically. (It appears to happen most consistently

The issue resolves itself after any touch or rotate event, suggesting the browser knows that window.scrollY should be 0.

Has anyone dealt with a similar issue?

This appears to be a bug in mobile Safari. I was able to replicate this bug using a demo iOS app. Full details are here: https://github.com/than/Mobile-Safari-Smart-Banner-Viewport-Bug

Video of the bug in action: https://www.youtube.com/watch?v=IEILZ9uyH4g

Not the answer you're looking for? Browse other questions tagged ios ipad safari mobile-safari scrolling .

2
Mobile Safari with thumbnail view with iOS 5
3
How to switch to a tab in mobile Safari without it reloading?
2
Missing Safari settings option "Safari opens with"
0
How do I open a new tab in Mobile Safari?
0
macOS Sierra: Safari dialog opens with no buttons
2
Safari: Can I tab through smart search field options?
1
Applescript to set non focus tab in safari
0
Safari on MacBookPro opens mobile YouTube
1
AppleScript: set Safari tab to specific index