Sync Notes from Mac and iOS devices without iCloud

I did some research, and discovered that people have had nightmares with syncing notes from the Notes app via iCloud, in that all of the notes get permanently deleted. Before seeing these articles/forum posts, I had considered activating cloud sync for my notes, but given the danger, I don't think I'd like to do that.

Thus, I'm looking for an alternative solution. I have heard of OneNote, Box, and so on, but what I have not found is a way to sync one's notes from the Notes app on both Mac and iOS across some other cloud. If anyone has any ideas I would really appreciate it.

NOTE: i assume in my answer that you just don't want the Apple iCloud servers

you need an other email account to do this

I tried @muescha answer and it worked for me. To follow up with questions from @August Mohr (sr I don't have enough reputation to comment), You need to add new email account to your Internet Accounts in Settings. It's here 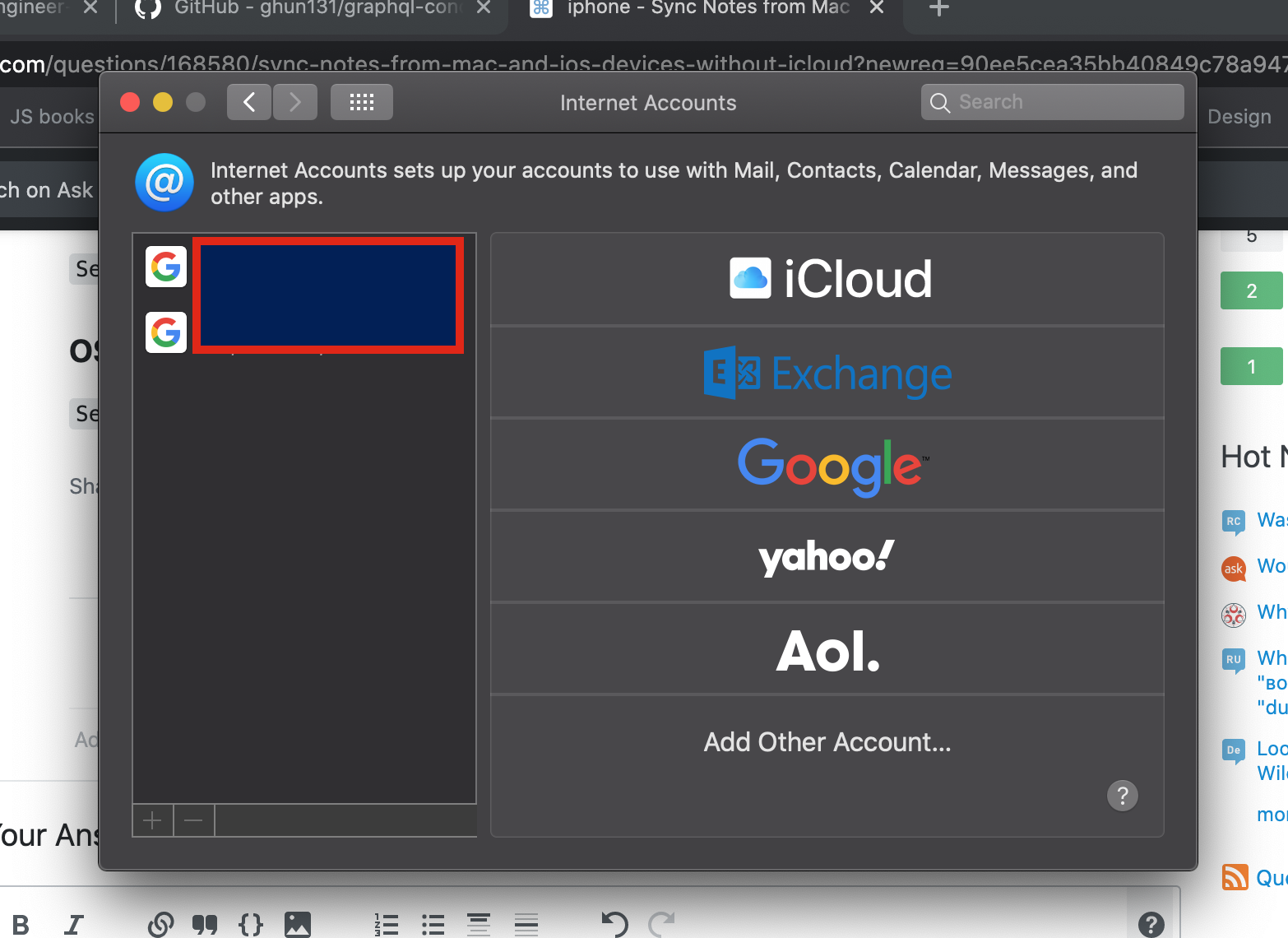 The NOTES section is inside the Notes app, it's in the left side drawer.

You must drag all of your notes under this email section. Then at your new Mac, you can drag them out to On your Mac. It works for my M1 2020 today.

Not the answer you're looking for? Browse other questions tagged iphone ios mac icloud notes.app .

1
How can I merge Notes from two Macbooks without using iCloud?

5
iCloud Notes not syncing
4
Notes from iCloud account don't sync with devices when added as secondary account
1
Organizing and tagging plain text notes (macOS and iOS)
7
Can I sync Notes to and from a secondary iCloud account?
5
iOS and Gmail Notes Syncing Issue
2
Notes no longer sync from iOS (iphone and ipad) to OSX (macbook)
1
Keeping iCloud from erasing my Mac data