This problem was solved in my case by changing terminal emulation from VT100 to xterm. Apparently the two programs I was trying don't behave properly when it comes to VT100 terminal line drawing. geekosaur's answer was accepted since it lead me to change what terminal emulation I was using.

Here are some screenshot examples.

My weechat; notice the ? marks by the nicklist: 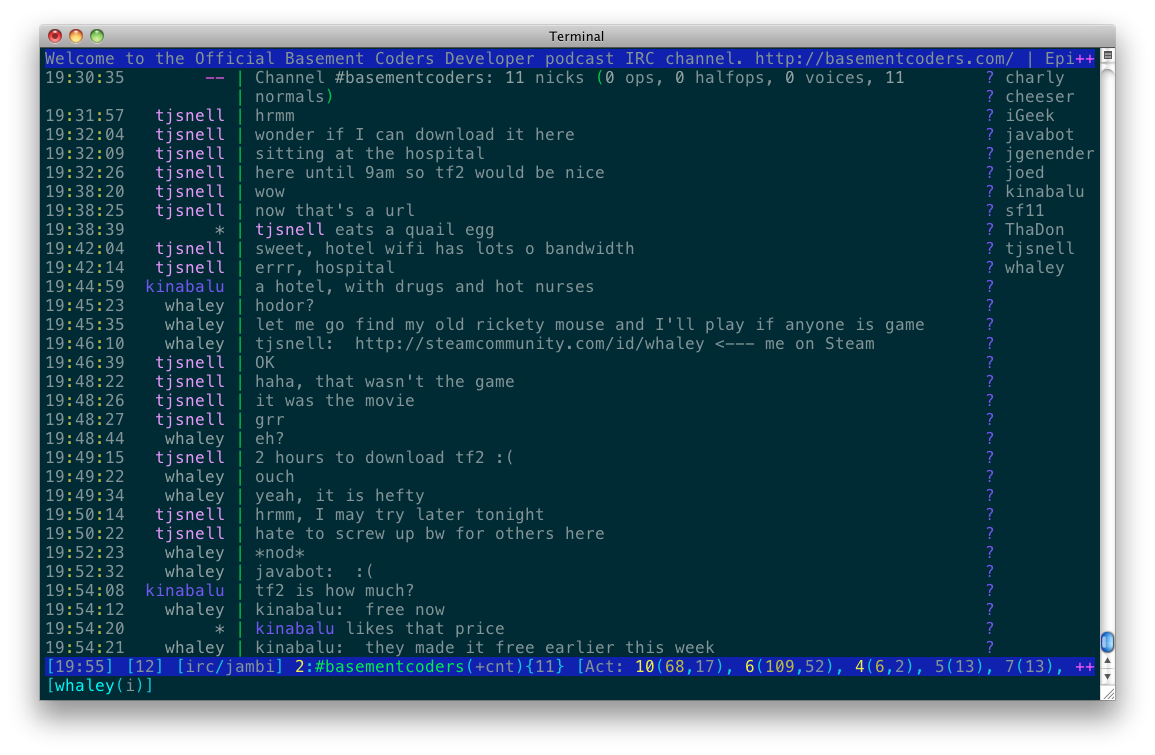 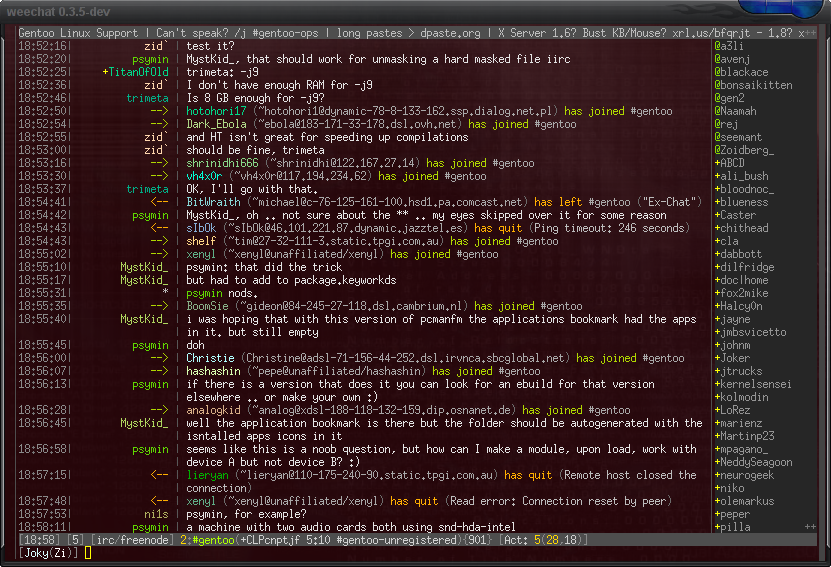 My bpython - the border characters are replaced with q's and ?'s: 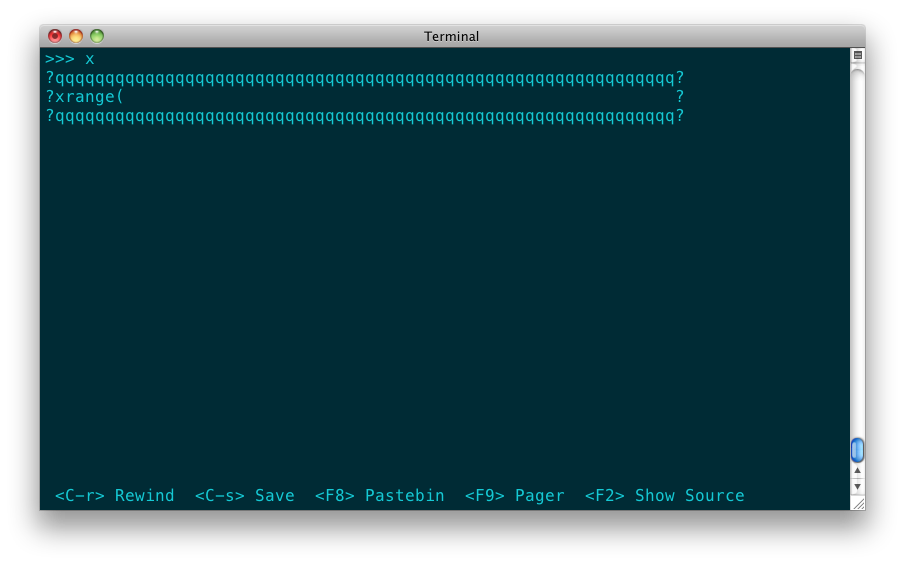 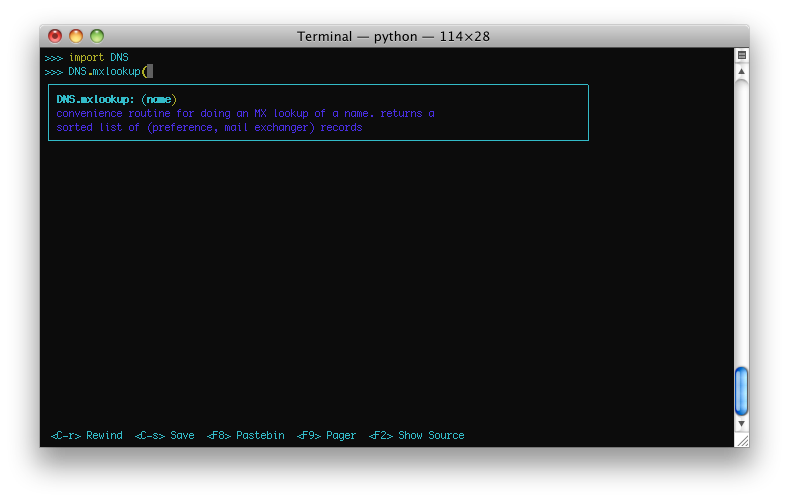 I've tried messing around with the encoding settings and various fonts, but nothing yet has solved this problem. I'd like to know what the cause of this problem is and how I might go about fixing it.

Huh. Sure enough, it's not setting up VT100 line drawing by default, and apparently programs don't bother with little things like how you're supposed to send enacs before using smacs any more (no doubt because some Linux terminal emulator doesn't require it, therefore "nobody does").

Anyway, quick fix (here, at least) is to add to your ~/.bashrc

Not the answer you're looking for? Browse other questions tagged terminal font encoding text .

2
Mail.app showing odd characters instead of actual text
10
What are the differences between terminal types supported by iTerm2?
2
Terminal not responding to "which", "type", etc. commands
5
Characters and notification bounce when Terminal loses focus
1
Changes in terminal are not displayed in finder and other programs
1
Mac OS Terminal and Trash bin not working