I have an iPad 2 with an almost fully updated iOS 8. I have an iOS update that is supposed to fix something about ringtones and security. I have the prompt that is asking me to download it, but when I do so, after hitting around 80- 85%, it says "Software update failed" and asks me to try it again.

I have been "Trying again" for the past hour, running this around 8 times, and I have pretty much given up. Memory is still plenty on the iPad 1, so I don't understand what's the issue here. I have the iPad plugged in to the wall, and I have really fast Wi-Fi in here.

Unfortunately, Apple do not officially support iOS 8 on the original iPad (or, as you refer to it, iPad 1). This screenshot of the "iOS 8 is compatible with" section does not list your device: 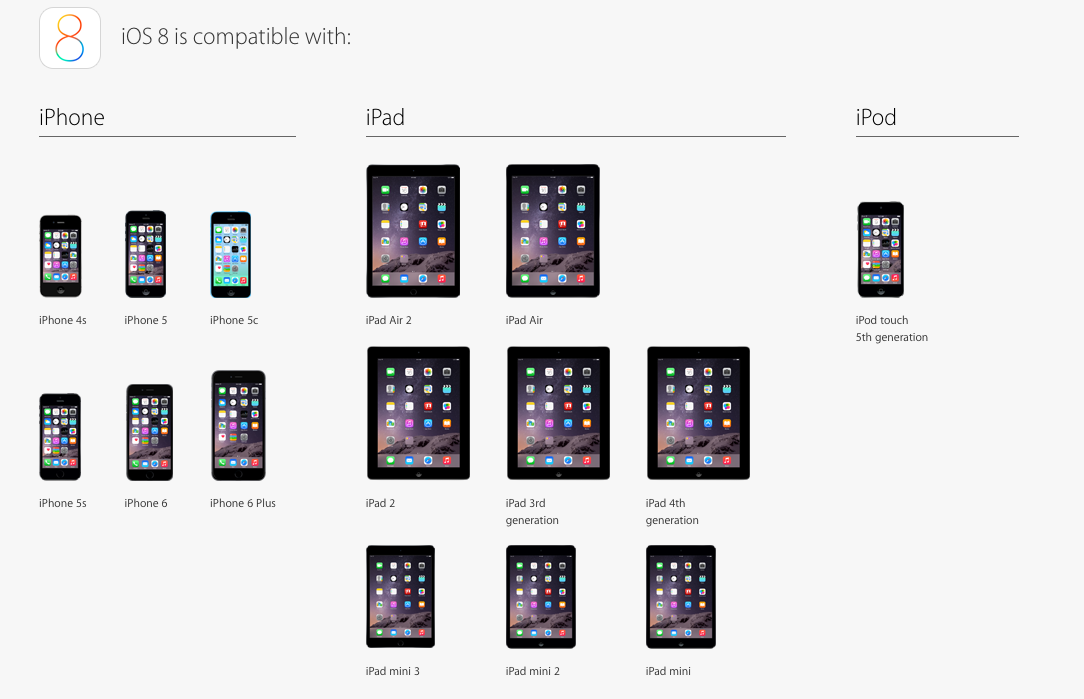 It is strange that your device is trying to update to an iOS version beyond the maximum of 5.1.1:

It is one of three things:

Could you provide a screenshot of your General > About screen, 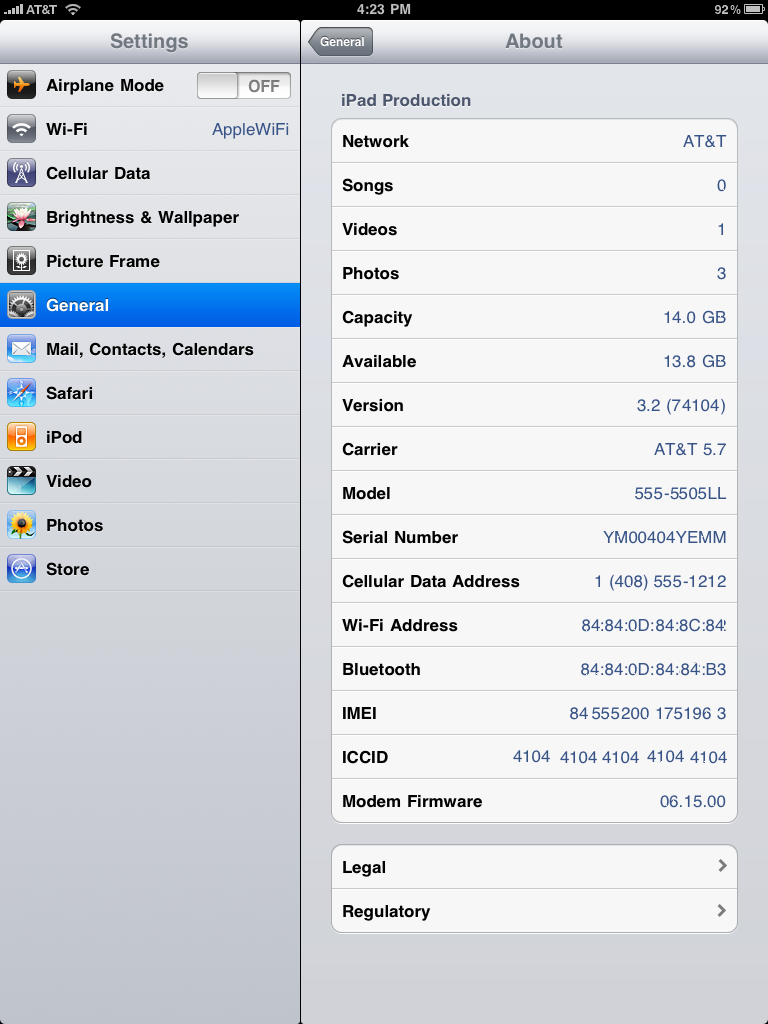 to see both what iOS you are indeed running, and which device you have. Also, a screenshot of the Software Update page would be interesting. 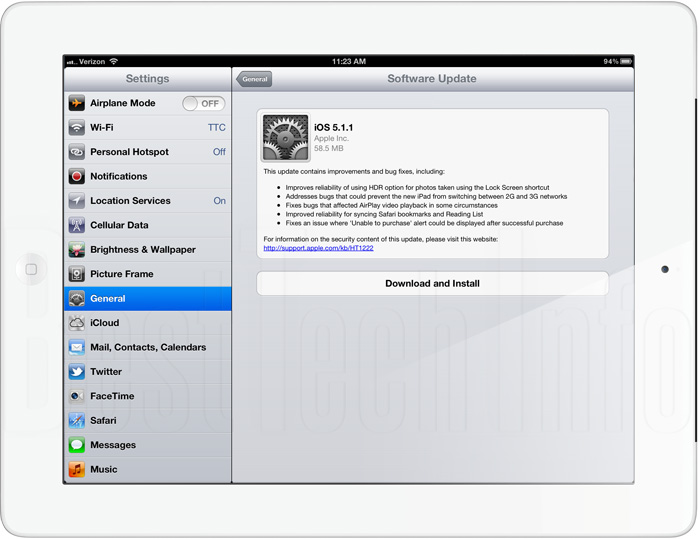 You can take a screen shot by holding down both the home and power buttons simultaneously.

You say that your icons are similar to those on iPhone. Have you jailbroken the iPad at all..?

Instead of trying to update over the wifi, which can cause memory issues, connect it to a Mac or PC and try updating via iTunes.

Not the answer you're looking for? Browse other questions tagged ipad ios .

8
Will updating my iPad to iOS 5 cause me to lose media? (the answer is YES)
0
Stuck on Apple logo after attempted iOS 8.0.2 update
2
Our iPad is asking for a 4 digit passcode that it never asked for before
3
iPad Air 2 microphone not working since iOS 11 update
0
How to download old versions of apps to old iPad
0
How to fix iTunes downloading IOS update but not installing?