Why does iTunes 12.1 keep deleting podcasts I've downloaded but not listened to?

I have had this happen many times in the past few months. I spend quite a bit of time downloading all the episodes of a podcast so I can listen to them in my own time. Then when I refresh my podcast list to download my daily podcasts all of a sudden it will refresh and all my downloaded podcasts will disappear! It's very frustrating. Is there a way to get back the episodes I've "lost" and how can I stop it from happening again?

Go to myPodcasts in iTunes

Choose a podcast series (i.e. in the left hand column)

Check the On This computer settings. Limit Episodes needs to be set to off 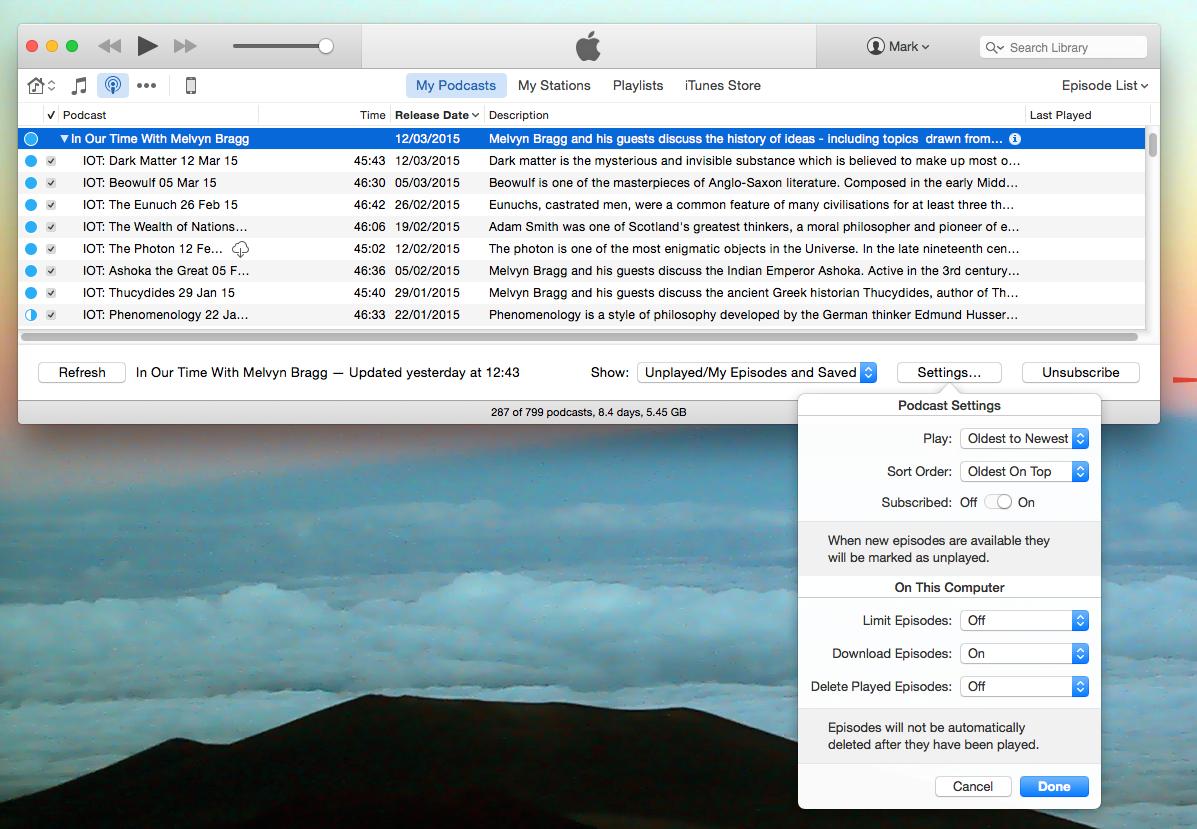 I don't know for sure because I'm struggling to get iTunes 12.1 to behave in anything resembling a consistent way myself, but I wonder if your issue is to do with iCloud syncing?

I had several podcast subscriptions wiped out - along with all their episodes - on desktop because the same subscriptions weren't also in the cloud. iCloud sync of podcasts subscriptions seems to be fundamentally broken so my recommendation would be turn it off altogether if you haven't already. 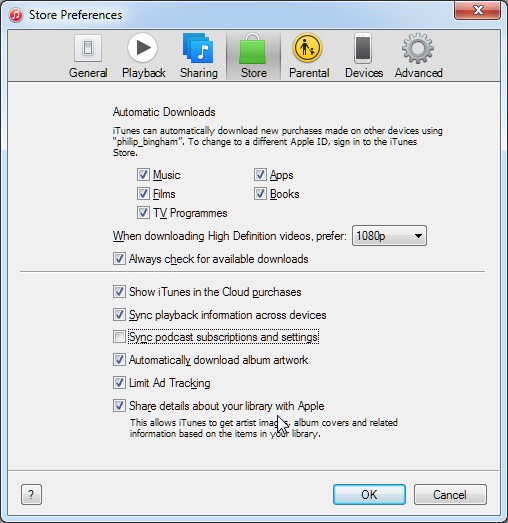 Sorry, but no idea how to get the episodes back, other than re-downloading them (unreliable - they might not still be available) or restoring from backups...

Alternatively, it could be as simple as you have something other than "Off" selected for the limit episodes setting for the podcasts in question and/or the defaults, but I imagine you've already checked that.

Not the answer you're looking for? Browse other questions tagged itunes podcasts deleting .

8
What apps are available for subscribing to podcasts directly on the iPhone
2
Certain podcasts not syncing to iPhone when subscribed through iTunes
1
Why won't the iPad Podcasts app download my MP3s?
15
How can I prevent iTunes from automatically downloading podcasts?
0
Phantom podcasts after restore that won't stay deleted
2
Alternative to iTunes for Podcasts