How to dim (and un-dim) display in automator

I am trying to make a alarmclock script to wake me up. but I can't figure out how to change the screen brightness in automator. 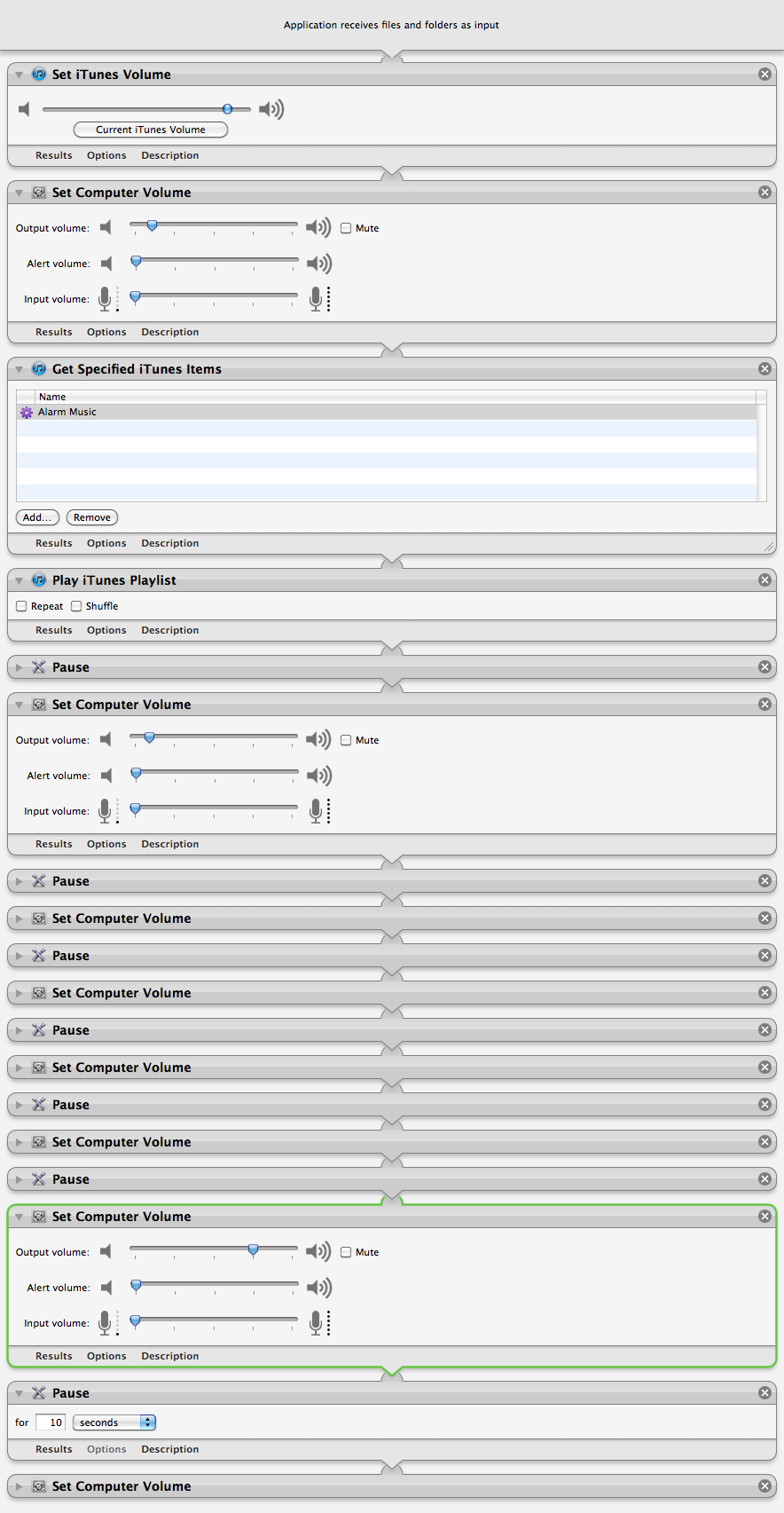 I found a way to control brightness with the commandline. but I can't get it to work in automator

I'm the original author of the code listed in this hint. I originally wrote it for two reasons: first, to adjust brightness automatically by location on my iBook G4, which had no ambient light sensor, and second, so I could have my laptop turn on the backlight when a long operation finished, providing a quiet form of notification I could use while at a seminar. http://sabi.net/nriley/software/brightness.zip is 4-way universal, 10.5+. I compiled it under 10.6 with:... (see full forum page )

but when I try to use

I get an error in automator.

am I using the run shell script wrong? could this be done easier in apple script? is there a alltogether easyer way to do this?

I need to turn the brightness up and down in automator how is this done?

Update I tried the apple script method you mentioned and it....showed the overlay that shows when the key is pressed but did nothing else 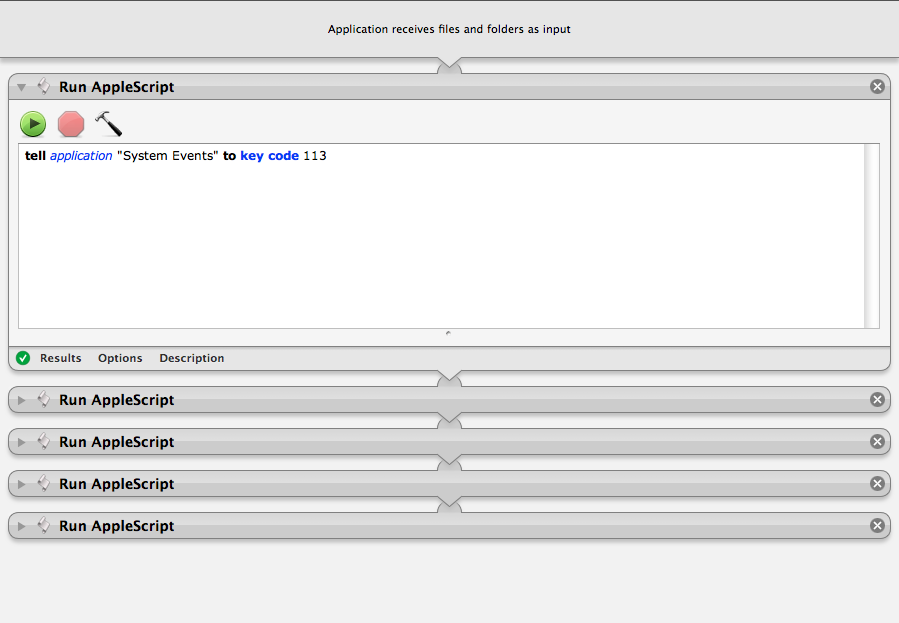 Where did you install the “brightness” command? Even if you've set up your PATH in the shell rc scripts, it may not take effect for these commands because Automator isn't run from a shell. (You can set environment for all programs including GUI using ~/.MacOSX/environment.plist, but I wouldn't recommend fiddling with PATH just for this.)

I suggest changing your Automator workflow to use the full path to where it's installed, e.g.

To use the command line way you tried, you have to install some software. You can download it, and find install directions, here.

Another option: You can run an AppleScript from your Automator workflow to press the brightness up/down keys. Up:

Note: you may have to Enable Access for Assistive Devices for the AppleScript to work.

Try having the automator run this AppleScript. It works for me!

Not the answer you're looking for? Browse other questions tagged automator bash command-line error display .

15
How can I get Automator to mount a network volume?
7
Package command line tools into an automator script or app?
5
MacBook backlight turns off when brightness is set at 100%
1
Automator service to extract file and delete parent
0
mdfind piped to automator?
11
How to create an OSX Application to wrap a call to a shell script?
1
Shell script failing in Automator but works if I copy/paste into Terminal
5
How to create an Automator service to run a script on all files in a folder