It also states that it is unknown. Would TestDisk be able to reformat the drive?

Disk Utility will not let me format or partition, all options are greyed out. Any ideas on resurrecting a drive in this state?

The history of events:

That did not work so well and I ended up with gray screen.

Trying to recover using the USB Installer with 10.10 does not see my HDD and does not let me format it. 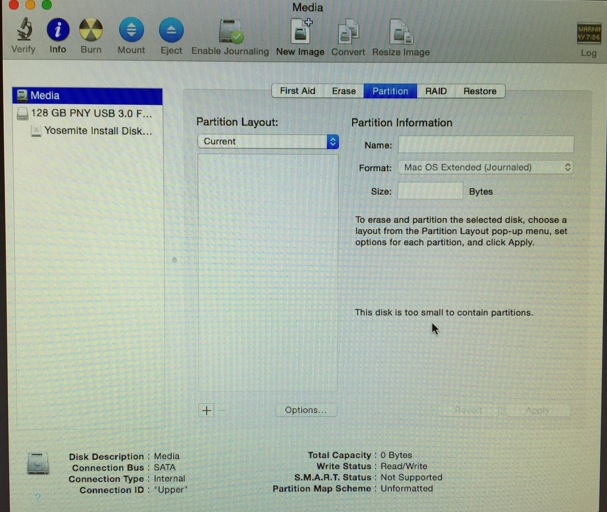 Using the Internet recovery brings up the Mountain Lion Installer but can not proceed with the disk problem been: Not recognized. 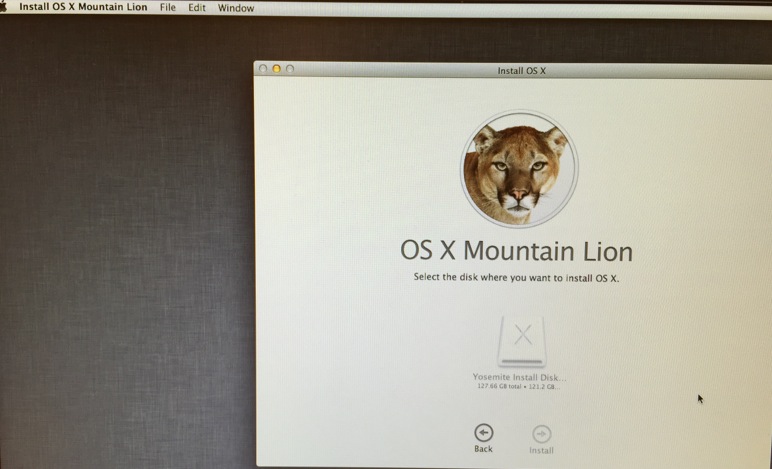 How do I format my HDD now and start over.

If I were to remove the drive from the mini and insert it into an external case, would I be able format it as JHFS+/GUID or FAT32/MBR?

I'm not 100% sure this will work in your case since I think your partition map got erased (or something similar) but try this TestDisk tutorial.

I also used to know the site of a really nice walkthrough that helped me fix something similar on a flash drive a little while ago, but unfortunately the tutorial was only for Windows. Here's a site I found with some similar information for both Linux and Windows. You might be able to get this to work for you if you can run Linux off a flash drive or something.

Since you mentioned TestDisk, here's another guide for fixing the partition table of your disk using TestDisk. Again, this article is for Linux, but I assume TestDisk will work the same on both operating systems.

If it works, the first link will give you the cleanest, most-direct fix.

Using the last two links, you should still be able to fix the disk by first formatting the partition table to some universal format like FAT and then running your OSX recovery program to reformat the disk as it sees fit.

If you do go with the last two links, I would recommend trying to run PhotoRec on it first just in case you're able to recover any useful data with it. PhotoRec is made by the same folks who made TestDisk, but it's easier to use and is designed to just bruit force scan the disk and automatically pick out files that it can recover — actually "bruit force" might not be the right word here since that's just one of the options, but you get my point. :)

I replaced the drive with a new one.

Not the answer you're looking for? Browse other questions tagged mac hard-drive .