Unnamed faces in my oven 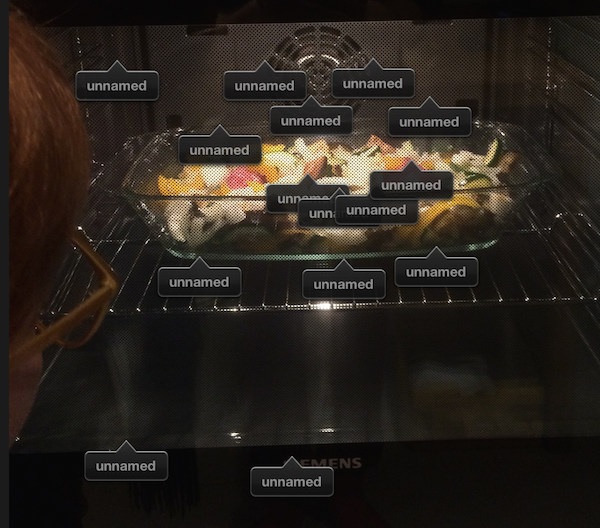 Iphoto is putting a high number of unnamed faces in pictures of food in my oven. It's not happening in other pictures, at least I can't see another pattern.

Why is this happening and how can I avoid this?

According to this Apple Support Document, images with blurry, badly lit, or very small faces may detect faces where they do not exist. iPhoto can sometimes detect the back of a person's head as a face.

I notice that you've taken the photo through the oven's window, which has a semi-pixelated insulating reflective coating on the inside. Perhaps this kind of pattern, combined with the delicious foods behind them, makes iPhoto think faces are in the image when they aren't.

This Apple Discussions thread discusses the inability to turn off face detection in iPhoto, but talks about being able to turn it off in Aperture.

Unfortunately, other than marking each of these phantom faces and deleting their entries, or taking the photos with the oven door open, I think you'll have no luck fixing the problem.

I have to admit I'm chuckling at these two images you've provided.

iPhoto is not as wrong as one might think.

Examining the first picture carefully i indeed found some faces:

Dramatically increasing contrast and saturation of some channels and lowering brightness of the residual channel the villains come to light: 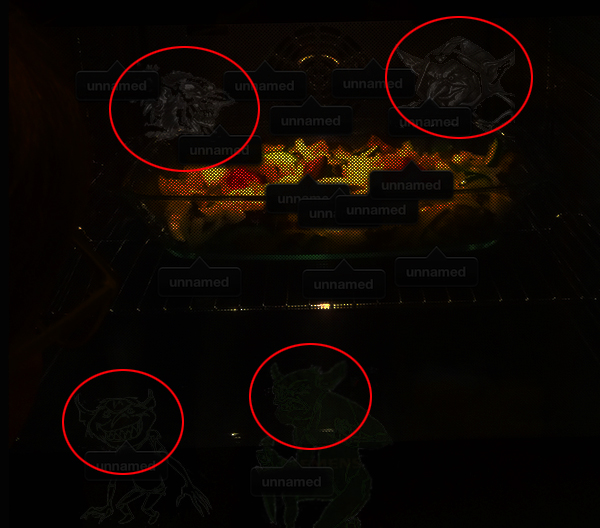 While the two inside the oven are just interested in the food, the other two create the impression that they are up to no good outside the oven.

So get a new stove because your current one seems to be irretrievably lost to the creatures. And don't always mistrust iPhoto presenting dubious results.

Not the answer you're looking for? Browse other questions tagged macos iphoto .

2
One iPhoto face is unavailable for syncing to my iPhone in iTunes
1
Managing second iPhoto library with some albums and events from first library
1
iPhoto Lost Faces
8
How can I upload high-res photos to Facebook from my iPad
2
is there anyway to directly email videos or upload a video from iphoto to youtube?
0
Aperture 3 - Faces - Is there a way to change a person's name across all photos?
3
Delete old "Faces" and other data and thumbnails in iPhoto 9.5.1