My laptop is pretty old (late 2008 MBP), and I've been trying to get Bluetooth to work under Boot Camp because I just got some wireless headphones. Thing is, Bluetooth doesn't show up under device manager. In fact, I install the following three drivers from the Boot Camp support package (version 4.0.4033), and the following happens:

The last part is the worrying bit. There's no yellow triangle in Device Manager. There's just plain nothing. No device that does Bluetooth at all. I tried the broadcom drivers ( http://www.broadcom.com/support/bluetooth/update.php) and it won't detect any device, it just gives up before installing anything. I tried WIDCOMM (http://www.drivers-win.com/acer/acer-aspire-5740-windows-7-drivers/), and it also gives up, not able to detect anything. I looked at the Broadcom adapter under Network Adapters in Device Manager and enabled Bluetooth Collaboration, still nothing. I've even reset the SMC and tried everything again. Nothing at all.

I would think this was a heavier issue (i.e. the Bluetooth is fried on the machine), but my headphones work like a charm when I switch back to Lion. Does anyone know what could be the issue, and whether I could fix it without reinstalling Windows? 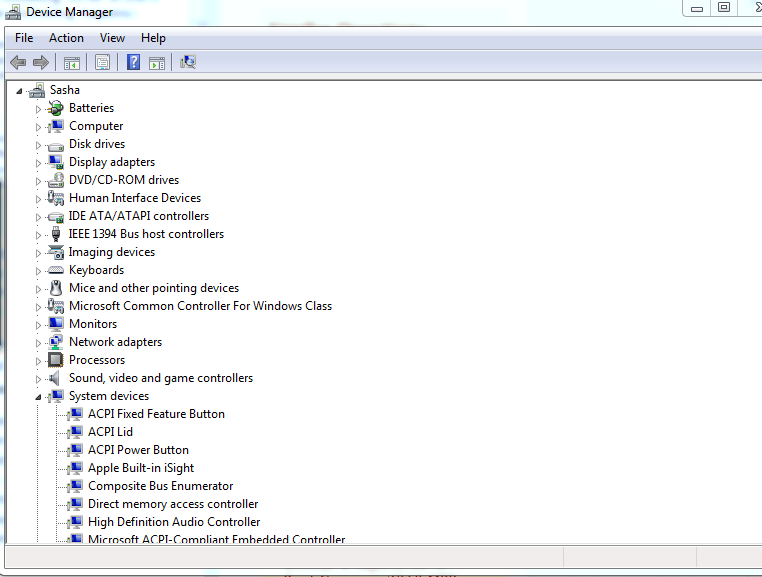 This is what Device Manager looks like...as you can see, Apple Built-In Bluetooth is nowhere to be found

It seems this has to do with your older macbook pro because I have a more recent iMac and my Bootcamp version shows Bluetooth devices. When did you download that version of Bootcamp? If you're still using the original version from years ago, you may want to try downloading a new version as it may include the Bluetooth capability. If not, your computer may just be too old. Hope this helps, good luck!

Not the answer you're looking for? Browse other questions tagged macbook-pro bootcamp windows-7 bluetooth .